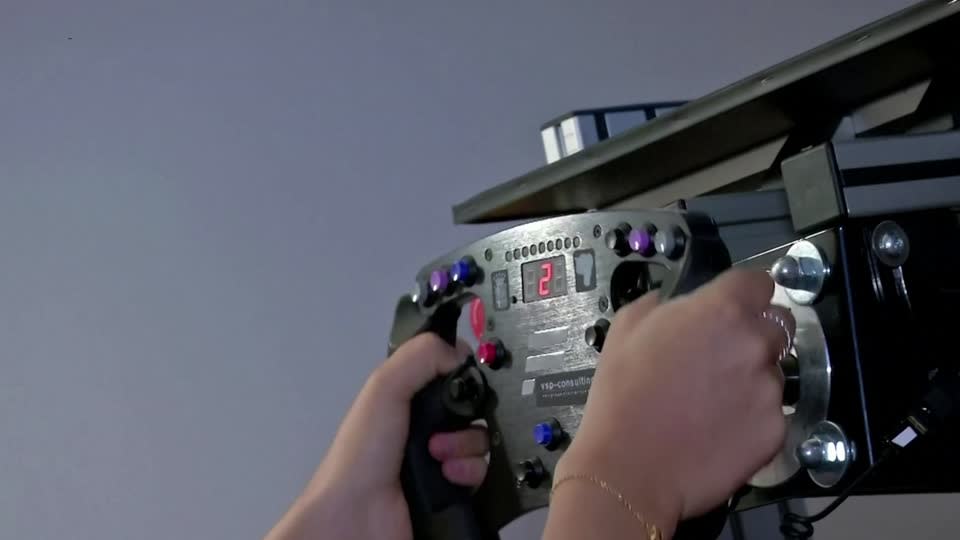 F3 racing driver swaps tracks for simulator driving Reuters Videos 13 May 2020 Swapping the racetrack for a simulator
Formula 3 racing driver Sophia Floersch
Location: Munich, Germany
trains at home for up to five hours a day
while racing tracks worldwide are closed
(SOUNDBITE) (English) GERMAN MOTOR RACING F3 DRIVER SOPHIA FLOERSCH, SAYING:
“It is super strange to just be at home training the whole time and doing esports races and to not be able to do what you love the most.”
She only returned to the track in 2019
after fracturing her spine in a 2018 crash
Now she’s virtually globe trotting
competing in multiple simulated races
(SOUNDBITE) (English) GERMAN MOTOR RACING F3 DRIVER SOPHIA FLOERSCH, SAYING:”Last week I was in Monaco, next week, well this week I am going to be in Hong Kong, and you are traveling quite a lot, just virtually in your VR glasses.And it’s cool, I mean it’s fun.You are working with different drivers, with engineers.You are having a call every day for two hours just trying to improve virtually but yes I am still missing real traveling and real race tracks.”.