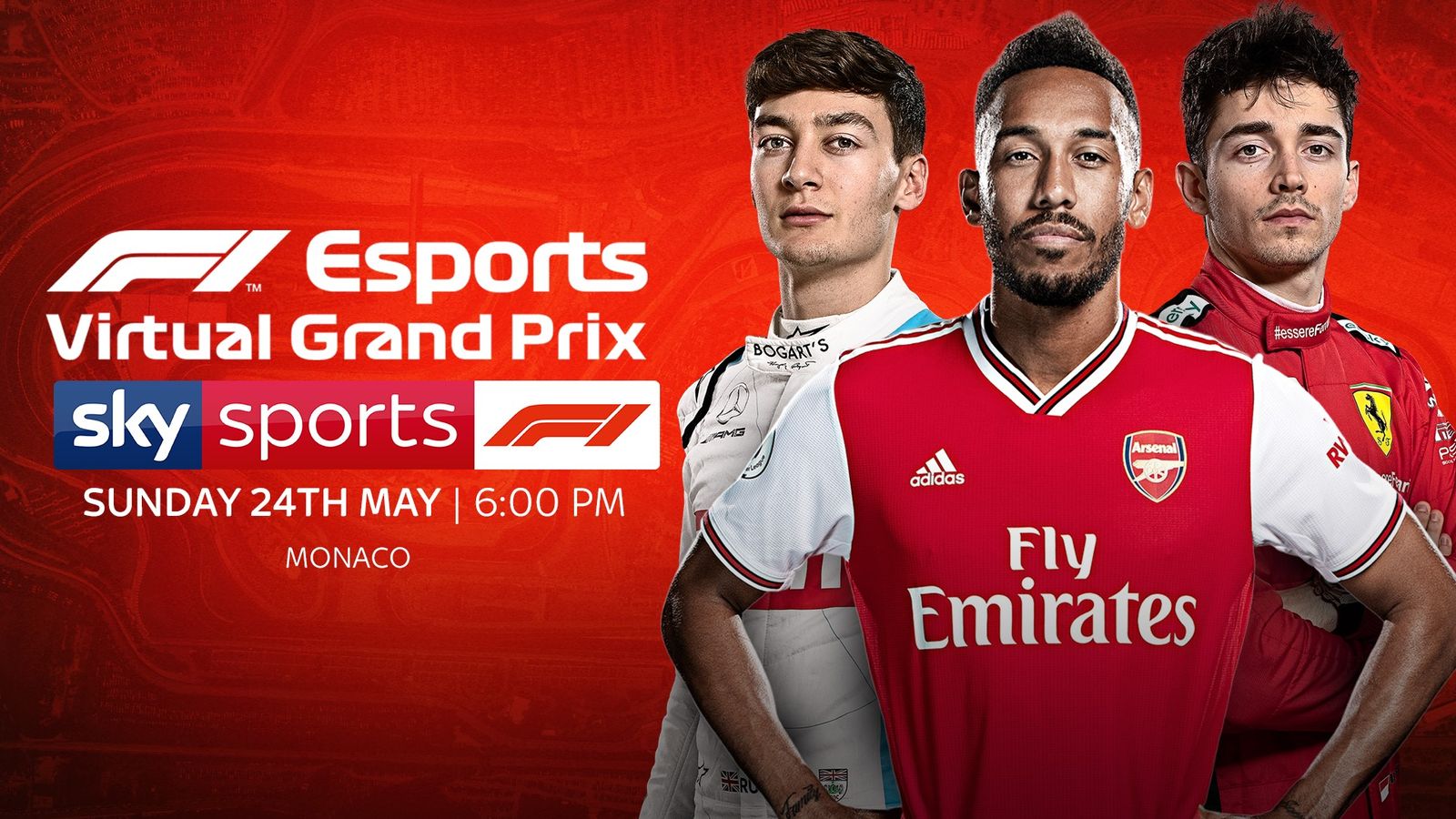 Formula 1 heads – virtually – to the grandest settings of them all tonight on Sky Sports F1 with Valtteri Bottas, Charles Leclerc, and Pierre-Emerick Aubameyang all part of a star-studded grid for the online Monaco GP.

On the same Sunday when F1 would have been racing around the sport’s most famous venue, eight current drivers and various celebrities have signed up for a Virtual Monaco GP which is sure to be hectic.F1 donates exclusive items for children’s charity auction

Coverage of qualifying and the race, live on Sky Sports F1, Main Event, Mix , and our YouTube channels, starts at 6pm tonight .

There have been epic race-long duels in each of the last two Virtual GPs, with Albon getting the better of two-time race-winner Leclerc at Brazil before Russell won the last race in Spain after Leclerc’s late penalty.

Can Aubameyang make his mark in F1 debut?

Arsenal striker Aubameyang, who shared the Premier League Golden Boot last season, is the latest high-profile sporting celebrity to take on the F1 grid in Virtual GPs, which started in March to fill the void left by a delayed 2020 championship.

But the best position achieved by a sportsman so far in the online series was by Real Madrid goalkeeper Thibaut Courtois in that last race – 12th.The Belgium, and former Chelsea, star – an avid racer – is back on the grid for Monaco.

The other celebrity rookies on the grid are Luis Fonsi, the Latin America singer of ‘Despacito’, and Hawaiian surfer Kai Lenny.