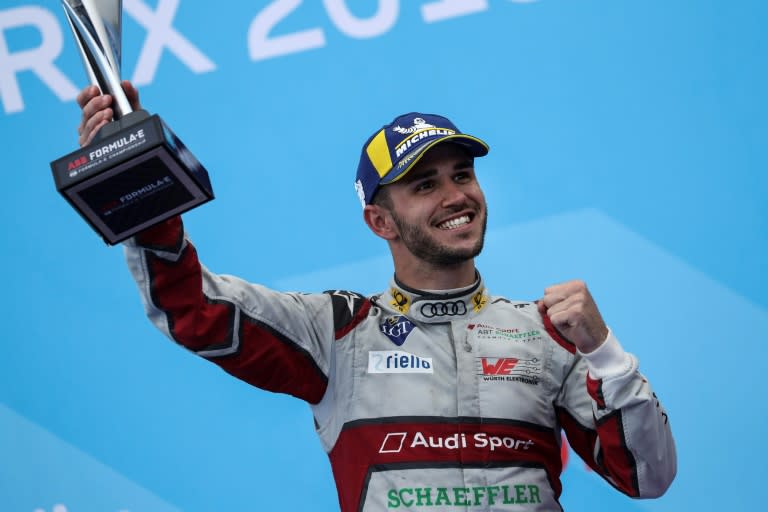 Daniel Abt first raced in Formula-E in 2014 More Audi Sport on Tuesday parted ways with German racing driver Daniel Abt for cheating in a charity video game race in which he passed the controls to a professional esports gamer while pretending he himself was at the controls.

Abt released a video late on Tuesday apologising, once again, but added it was not his intention to cheat just to show that video racing was not like the real thing.

“This virtual sin of mine has consequences in the real world,” he said.”Today I had a conversation with Audi that our ways will split from now on.”

In the race on Saturday, Abt, second bottom of the virtual series, passed control of his car to Pro esports gamer Lorenz Hoerzing, 18, who was in Austria, in the ‘sim’ for the race around Berlin-Tempelhof.

At one point, Abt’s car led by a wide margin, arousing the suspicions of the organisers and rivals.

Abt won a real world race on the same circuit in 2018 and has been successfully racing Formula-E since its creation in 2014.

“It’s a game, a simulation which does not have anything in common with real racing.It’s definitely very far away from what makes a real Formula E car,” Abt said, showing a video of a virtual a multi-car pileup and saying “everyone drove as they liked.”

“There were drivers taking it seriously who put a lot of time on the simulators,” said Abt, adding he wanted a young sim racer “to show the other, real, drivers what he is capable of.”

Earlier on Tuesday, Audi released a statement saying they had suspended Abt and making clear they did not see the funny side.

“Integrity, transparency and consistent compliance with applicable rules are top priorities for Audi – this applies to all activities the brand is involved in without exception.”

Abt insisted he had not tried to cover up the ruse and was shocked by the reaction.

“It has never been my intention to lie to you,” he said.”After the race it suddenly went in a direction which I had not ever been able to imagine in a dream.”

“I was portrayed as a cheater.”

“I apologise to my family, my friends, my sponsors, Audi, Unicef and to the fans with all my heart,” he said.

“I made a huge mistake.I hope you can forgive me.”

“I feel like I couldn’t fall any further.I’m on the floor but I’ll get up again.

I hope you accept my apology.”.