HomeEsportsMove over, Fortnite: how Valorant became the next big competitive game | Games | The Guardian 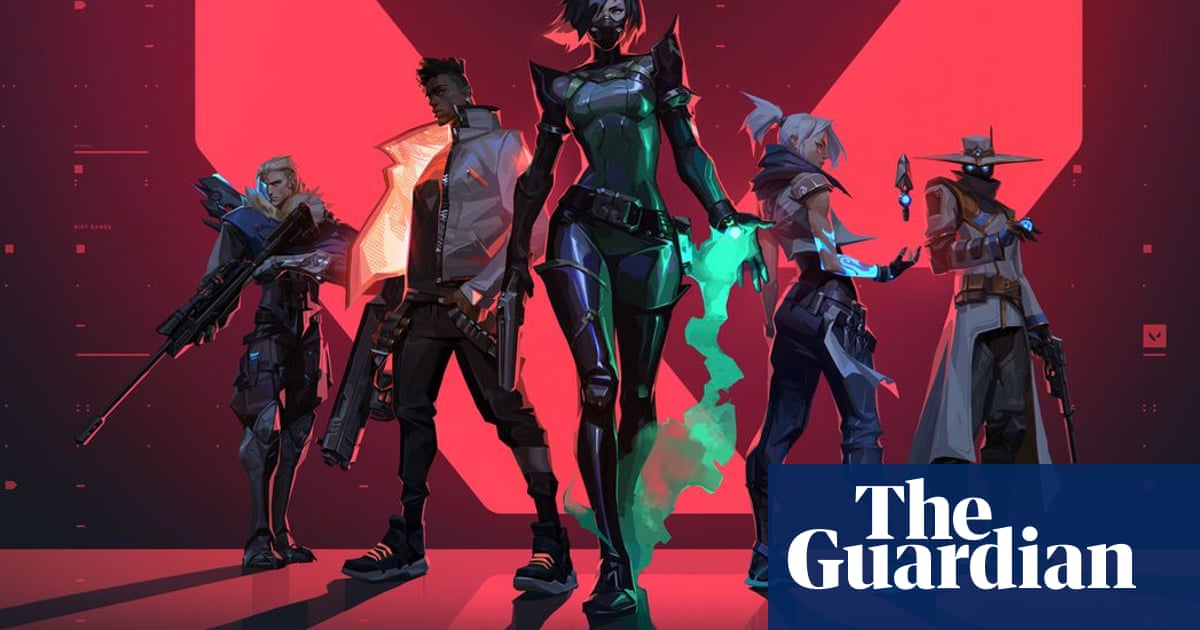 Move over, Fortnite: how Valorant became the next big competitive game | Games | The Guardian

Riot Games’ new shooter is already being hailed as a threat to Fortnite, Counter-Strike and Overwatch – and barely anyone has played it yet.O n a Tuesday in early April, viewers around the globe watched streamers on Twitch play one particular game for a combined 34m hours, smashing established live-streaming viewership records.The game in question, Valorant by Riot Games, has been averaging hundreds of thousands of daily spectators ever since, quickly displacing Twitch stalwarts such as League of Legends and Fortnite .

Valorant is a ready-baked esport: a competitive shooter designed to be watched as well as played.After a few weeks with Valorant, I’ve found it to be a careful mix of Counter-Strike: Global Offensive’s meticulous but rewarding gunplay and Overwatch ’s characters and soft-edged charm.

This combination – complemented by expensive anti-cheat measures and super-fast servers – has made it an easy sell for hardcore players.

Many professional crack shots are jumping ship from games such as Apex Legends and Fortnite, the most notable departure thus far being 2019 Overwatch League MVP Jay “Sinatraa” Won, who revealed in April that he was leaving Blizzard’s hero shooter behind to focus on Valorant.

Yet for the casual player like me, Valorant still has a lot to offer.While I might not be the most accurate shot, I can still be useful in other areas.

My preferred character, Cypher – one of nine in the game right now – has the tools to provide match-winning information about the enemy team through careful camera placement and pesky tripwires.It turns every round into a battle of wits as well as accuracy, weaving personal narratives into a conventionally cold competitive format.

The game’s slick design has enabled its meteoric rise on Twitch , but a crucial difference between this game and previous contenders is that almost no one could get their hands on it for weeks.

Valorant spent almost two months in a very limited closed beta stage, which ends today on 28 May, and the digital keys to the virtual kingdom were a hot commodity.Riot Games’ clever marketing scheme was to let streamers give away keys to their viewers, incentivising millions of people to watch the game being played in the hopes of gaining access for themselves.

This led to an initial boom, but it didn’t take long for things to turn sour.Top streamer Dr Disrespect was caught fraudulently advertising beta keys, and some players with access took to eBay to trade their accounts for profit.In an attempt to keep the system fair, Riot swept its player database, banning many account sellers , and later opened up giveaway drops to all streamers with beta access instead of a curated few.

But then people started streaming prerecorded footage of their gameplay, claiming that they were “live-playing” Valorant, trying to bring in more viewers.

Under lockdown, when viewers may have more free time than usual, Riot’s approach has created a perfect storm of hype.But it has also left some debris in its wake.While writing this, I watched a houseful of streamers play the game in shifts to a drop-desperate audience in the hundreds – yet the chat was devoid of conversation, beyond viewers pinging the watch-time command to expose the nauseating amount of hours they’ve spent watching and hoping for access.I’m not sure this is what Riot had in mind when it kicked off this campaign.

For those who snagged a coveted beta key, the watching and waiting was worth it.Having played Counter-Strike for almost two decades, Kai Powell spent roughly 50 hours waiting for Valorant access over three or four days.

“I like that Valorant feels different from other hero shooters because the abilities supplement the gunplay,” Powell tells me.“If you look at Overwatch, you’re locked into whatever weapons that character comes with.”

Natalie Flores has spent more than 1,500 hours in Overwatch, but now plays Valorant on a daily basis.

“Valorant is a team game, but doing well individually is enough to lead your team to victory,” Flores tells me.“Too often, I’m doing well in Overwatch, but my teammates will deny constant opportunities to coordinate attacks together … even if it ends in a victory, the process leading up to the win was so exhausting that it usually doesn’t feel rewarding!”

Yet like many competitive esports – including Riot’s own League of Legends – Valorant already has a toxicity problem.(A recent example posted to Twitter shows a Riot developer being hit on and then harassed while playing her own game .) “Riot will need to focus on creating some structural changes or else many people, especially people of colour or women like me, won’t stick around,” Flores says.“And we make up a too significant portion of every game’s player base for any company to ignore.”

With the recent introduction of a ranked mode bringing structure to competitive play, Valorant’s success appears to be a foregone conclusion.

Esports organisations such as Sentinels, T1 and Ninjas in Pyjamas are stocking teams with ex-Overwatch and Counter-Strike professionals as we speak , and given the streaming numbers, it’s hard to accuse any of them of jumping the gun.Riot will have an esports giant in its roster when the game launches next week.

Valorant is out on 2 June; playable for free on PC.