HomeEsports‘Wild Rift’: See the first official gameplay for ‘League of Legends’ on mobile and console 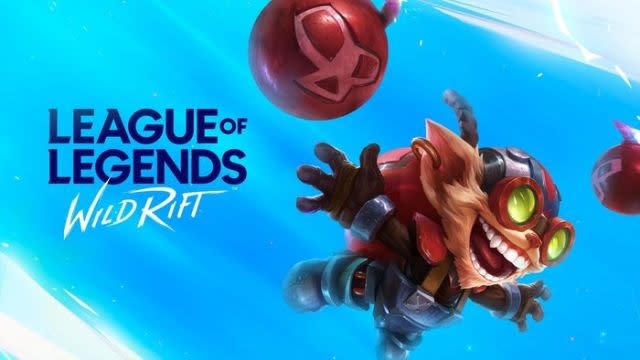 ‘Wild Rift’: See the first official gameplay for ‘League of Legends’ on mobile and console

“League of Legends” studio Riot Games is to showcase its flagship’s official mobile and console version in a May 29 presentation, starting at 8am PDT / 11am EDT / 3pm UTC.

To demonstrate what “League of Legends: Wild Rift” is all about in a May 29 gameplay reveal, design lead Brian Feeney will answer a series of questions about the game and the studio’s plans for it.

Livestreamed through YouTube, the event’s start time equates to 8am PDT, 11am EDT, 3pm UTC, 4pm GMT, 5pm CEST and South Africa, 8.30pm India, and 11pm in Beijing, China, as well as in Singapore, Malaysia and the Philippines.

It’ll premiere at midnight on March 30 in South Korea and Japan, and 1am for night owls in Australia.

There’s no rush though — the video will still be up on YouTube in the morning.

The showcase is taking place under the Summer Games Fest banner, running from May to August, and acting as part-replacement for the Electronic Entertainment Expo (E3), a giant US trade show which usually takes place in June but took the precaution of cancelling its 2020 iteration in the face of the COVID-19 pandemic.

On mobile, “Wild Rift” is currently being developed for iPhone 6 and up and Android devices with 1.5GB RAM, a Snapdragon 410 chip and an Adreno 306 GPU or better.

The “Wild Rift” experience on console and mobile is to be kept separate from the “League of Legends” computer game so as not to have one version or the other introduce competitive disadvantages to the games’ esports scenes.

Debuting in 2009 and heavily inspired by “DotA,” a popular fan community modification to Blizzard Entertainment’s “Warcraft 3,” “League of Legends” is designed for teams of five and has become one of the world’s biggest esports titles in the time since, with an annual multi-million dollar world championship and over 111 million players every month.

The free game accrued $1.5 billion USD in revenue over the course of 2019.

Tencent released its own variant on the “League of Legends” formula through “Arena of Valor,” made available for iOS and Android in 2015 and then for Nintendo Switch in 2018..