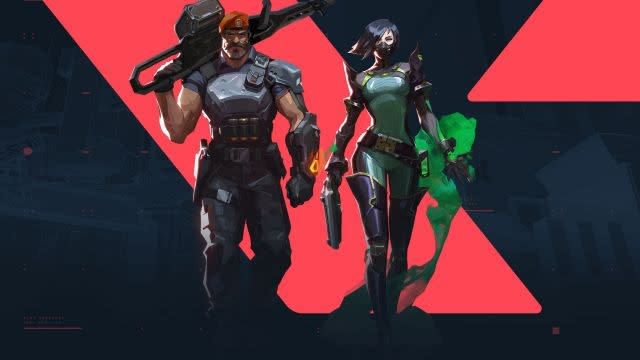 Brimstone (L) and Viper, two characters from ‘Valorant’ More In the lead up to the June 2 release of highly anticipated esports title “Valorant,” Riot Games has released a steady stream of Spotify playlists, each reflecting something of the game’s character roster.

In its bid to become the next big video game of 2020 and beyond, “Valorant” is launching as soon as possible after a two-month public-testing phase.

Having targeted release in northern summer 2020, the free team action game will be welcoming allcomers from June 2, offering access to “most of the world” — players from regions like India and the Middle East will be routed to South East Asia and European servers for the meantime, with Vietnam to join at a later date, developer Riot Games says.

“Valorant” has been compared to tactical shooters like “Counter-Strike: Global Offensive” as well as character-oriented games like “Overwatch.”

At launch, it provides players with a roster of 11 pre-defined fictional characters to choose from and customize, and those characters are being fleshed out in a series of official Spotify playlists .

US muscleman Brimstone favors guitar-led sounds, with two of his 13 picks coming from Rage Against the Machine and two from The Strokes, for example, while Cypher, a Moroccan spy, includes three tracks from fellow countryman and trap artist Issam in his 47-minute selection.

Reyna, the Mexican duelist with vampiric powers, goes for Latin pop and R&B, with Kali Uchis notching multiple playlist appearances, while poison specialist Viper prefers rock with a dash of electropop and a bottle of peroxide after Paramore and Phoebe Bridgers earn two spots each..