HomeEsportsDraftKings soars as hopes grow for return of live sports 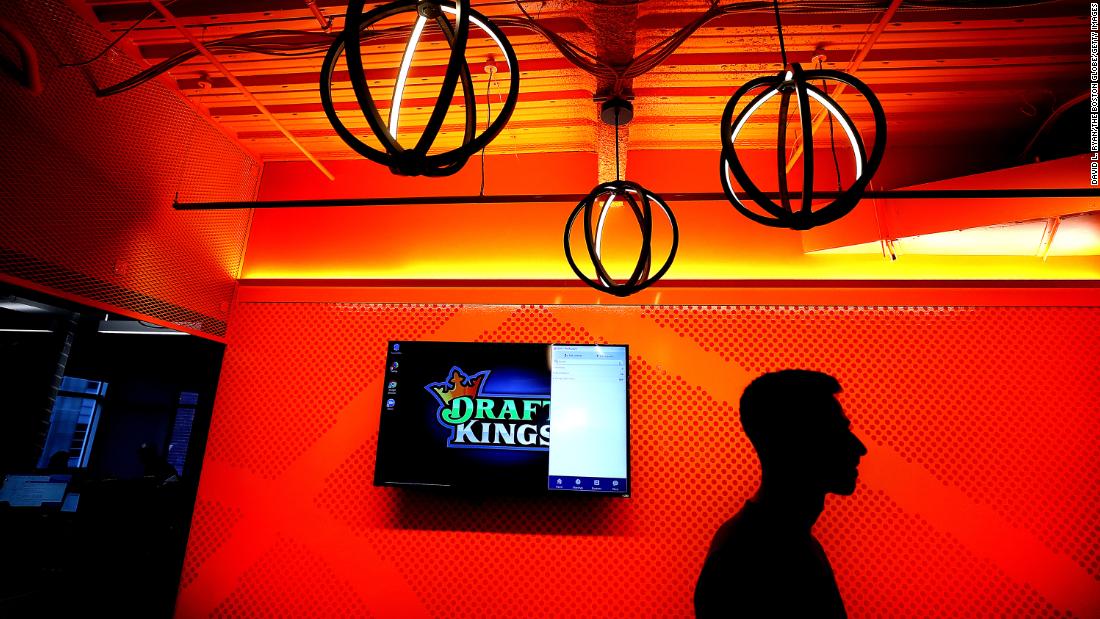 DraftKings soars as hopes grow for return of live sports

Investors who took a gamble on DraftKings stock when the company went public in April are sitting on a winning ticket.And the company might be one of the clearest examples of the market’s bet on America — and the world’s return to normalcy following the coronavirus pandemic.

Shares of the money-losing gambling and fantasy sports site have soared nearly 140% since DraftKings began trading on Wall Street after completing its reverse merger with a special-purpose acquisition company.The stock was trading lower Tuesday, but that follows a six-day winning streak in which shares surged more than 50%.Not too shabby considering that the Covid-19 outbreak has ground many professional sports leagues around the world to a halt.DraftKings is now valued at about $13 billion.

To put that in perspective, that makes it a more valuable company than global casino giants MGM Resorts ( MGM ) , Wynn Resorts ( WYNN ) and Caesars Entertainment ( CZR ) .Sales were up 30% in the first quarter as gamblers wagered on things like professional esports tournaments and table tennis.DraftKings has also expanded its offerings in some states where internet gambling is legal to include online blackjack, roulette and other casino games.Read More Live sports are mostly gone, but betting is still big business But DraftKings is banking on the notion that pent-up demand for the return of live sports will boost its revenue even further later this year.NASCAR racing resumed last month .

So did professional soccer in Germany — and there are plans for soccer in the top English, Italian and Spanish leagues to return later this month.The National Hockey League has unveiled plans to try to begin its playoffs later this summer.

The National Football League is planning to kick things off on time in September.Major horse racing events and professional golf tournaments are expected to start back up within weeks.But the National Basketball Association has yet to say when its season will resume, and there is no timetable yet for Major League Baseball to start its season.Most sports will inevitably be back though, and DraftKings is hoping that its customers will want to watch games and events live on its app as well.

The company announced last week that it was partnering with data and content company Sportradar.That deal will allow gambling customers with account balances above zero to watch live sporting events directly through the DraftKings Sportsbook app.Stanley Ho’s escape to Macao in World War II laid the foundation for his fortune.But it wasn’t without controversy Customers can watch Korean baseball or soccer from Germany’s Bundesliga, for example, and DraftKings said it will work with Sportradar to add more live sports as more leagues resume play.Still, the relative vacuum of sporting events right now is making it impossible for DraftKings to gauge what its financials will look like for the rest of the year.As such, the company has suspended its 2020 revenue outlook.But DraftKings CEO Jason Robins said during the company’s latest earnings call that he’s willing to wait until the end of the year for many sports to return.”I love the idea of the NBA starting on Christmas,” Robins said, adding that the company does not expect any significant hit to revenue next year if “the sporting events calendar resumes to a normal state by 2021.” That’s a big “if,” though..