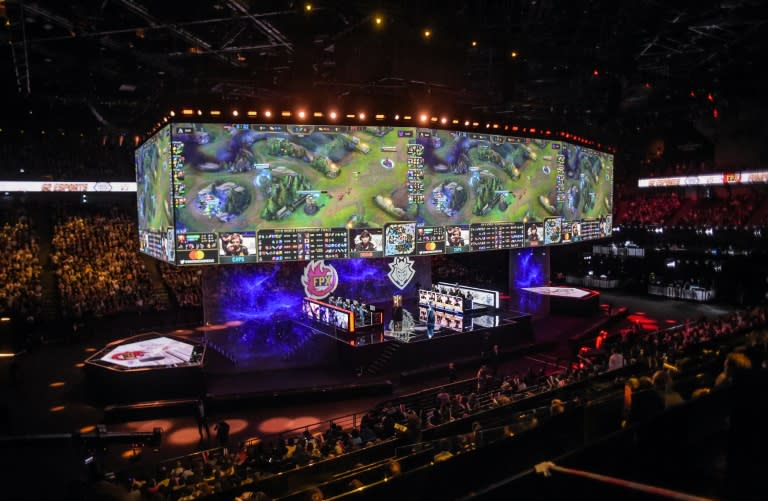 1 / 2 The League of Legends world championship final took place in November in Paris A top eSports player with a vast following in his native China announced his retirement on Wednesday with a litany of health problems related to professional gaming.

The premature end to the career of Jian Zihao, better known by his gaming name “Uzi”, shines a harsh spotlight on the lifestyles and training of eSports players.

Uzi is a star League of Legends player for the Chinese team Royal Never Give Up (RNG) and his decision to quit was a top trending topic on China’s Twitter-like Weibo.

Chinese media said that he was born in 1997 and experts called him one of the best players in the history of League of Legends, a popular multi-player battle game.

“I regret to tell everyone that I am retiring,” Uzi wrote to his nearly five million followers on Weibo.

“Because of chronic stress, obesity, irregular diet, staying up late and other reasons, I was found to have Type-2 diabetes during a physical examination last year.”

Uzi also said that he was suffering a hand injury, a common complaint in eSports.

RNG said that Uzi, who made his debut in professional eSports in 2012, suffered “injuries accumulated over eight years of high-intensity training”.

They described him as “not only the heart and soul of RNG, but also an icon in the eSports world as a whole”.

“In addition to doing everything we can to assist him in his future endeavours, we will also be by his side to help him on his journey to injury recovery,” RNG added.

There are potentially huge financial rewards in eSports, a fast-growing industry.

But players can pay a high physical and mental toll because of sedentary lifestyles, long hours in front of screens, poor diets and repetitive hand and arm movements.

A record $33.5 million was up for grabs at The International in Shanghai last year, where teams competed in the multi-player battle game Dota 2 for thousands of fans in an arena.

But players told AFP that deteriorating eyesight, digestive problems and wrist and hand damage were all threats to their careers over the long term..