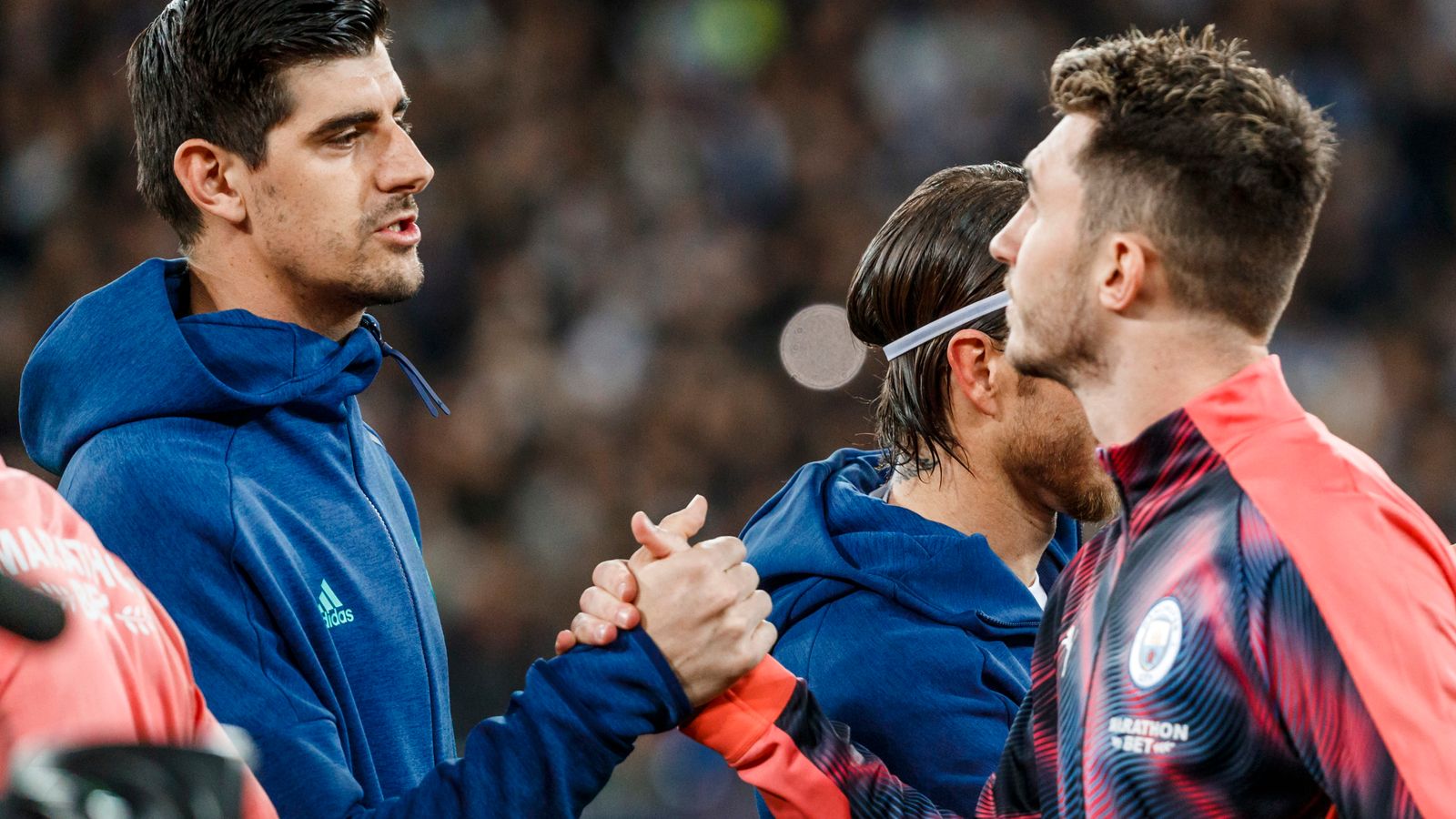 Eight Formula 1 drivers – including eSports debutants Sergio Perez and Pierre Gasly – will battle it out in this weekend’s Virtual Azerbaijan GP, with Manchester City defender Aymeric Laporte also signing up.

The online race around the Baku streets is the penultimate in F1’s Virtual GP series as the sport gears up for the start of its official 2020 season next month, and will be live on Sky Sports F1 on Sunday at 6pm.

Racing Point’s Perez , twice a podium-sitter in Azerbaijan, and AlphaTauri driver Gasly have been added to F1’s usual list of virtual racers, with George Russell – who has back-to-back wins in the series – Charles Leclerc, Lando Norris, Alex Albon, Antonio Giovinazzi and Nicholas Latifi also on the grid.

Courtois has been the most successful of the non-drivers taking part in the eSports championship so far, finishing 11th in Spain two rounds ago.

Sunday’s 26-lap race will fall on the weekend originally scheduled for the Azerbaijan GP, which may take place later this year after its postponement.Virtual Azerbaijan GP grid.