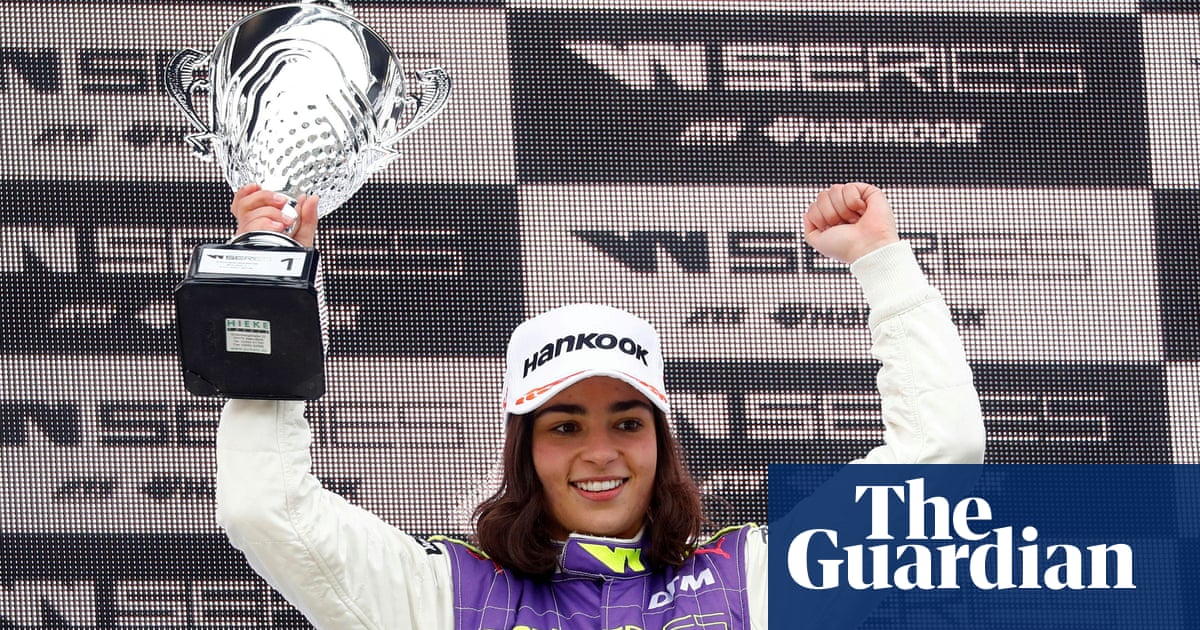 Women’s W Series motor racing abandoned with promise to return 2020 season cancelled due to the Covid-19 pandemic Series had been due to award points towards F1 licence Britain’s Jamie Chadwick celebrates winning at Hockenheim in 2019 Photograph: Kai Pfaffenbach/Reuters Britain’s Jamie Chadwick celebrates winning at Hockenheim in 2019 Photograph: Kai Pfaffenbach/Reuters Reuters Published on Thu 4 Jun 2020 14.57 BST Motor racing’s all-female W Series cancelled its 2020 season on Thursday due to the Covid-19 pandemic but promised to return next year with at least two support races on the Formula One calendar.The series, which started last year, had been due to award points towards a Formula One superlicence for the first time.The cancellation will be a particular setback for Britain’s inaugural champion Jamie Chadwick, who had hoped to defend her title and move a step closer to Formula One.Chadwick already has 10 points from finishing fourth in the Asian Formula Three series before the coronavirus lockdown.“Our decision not to stage on-track races until 2021 is not one that has been taken lightly,” said W Series chief executive, Catherine Bond Muir, in a statement.“Now that we have taken the very difficult but ultimately unavoidable decision … we will focus our energies clearly on 2021 when we will resume our on-track racing programme bigger and better than ever before.” She said 2021 would include support races for Formula One at the US and Mexican Grands Prix, as was planned this year.“W Series has had an incredible impact on the world of motorsport, and we were excited to have them join our schedule this year,” said Ross Brawn, Formula One’s managing director for motorsport.“It is a big disappointment for all of us that due to the difficulties presented by Covid-19 the events will not take place, but we are looking forward to some exciting racing in 2021 when W Series returns.” W Series was due to support the German Touring Car Championship (DTM) in Europe but the coronavirus has hit that series, with a limited run of races in Germany, Belgium and the Netherlands now scheduled.The original plan had been for British-based W Series, which has drivers from 12 countries, to race in Russia, Sweden, Italy, Germany, Britain and the Netherlands before hooking up with Formula One in the Americas.

The drivers will still compete in a W Series Esports League due to start on June 11.Topics.