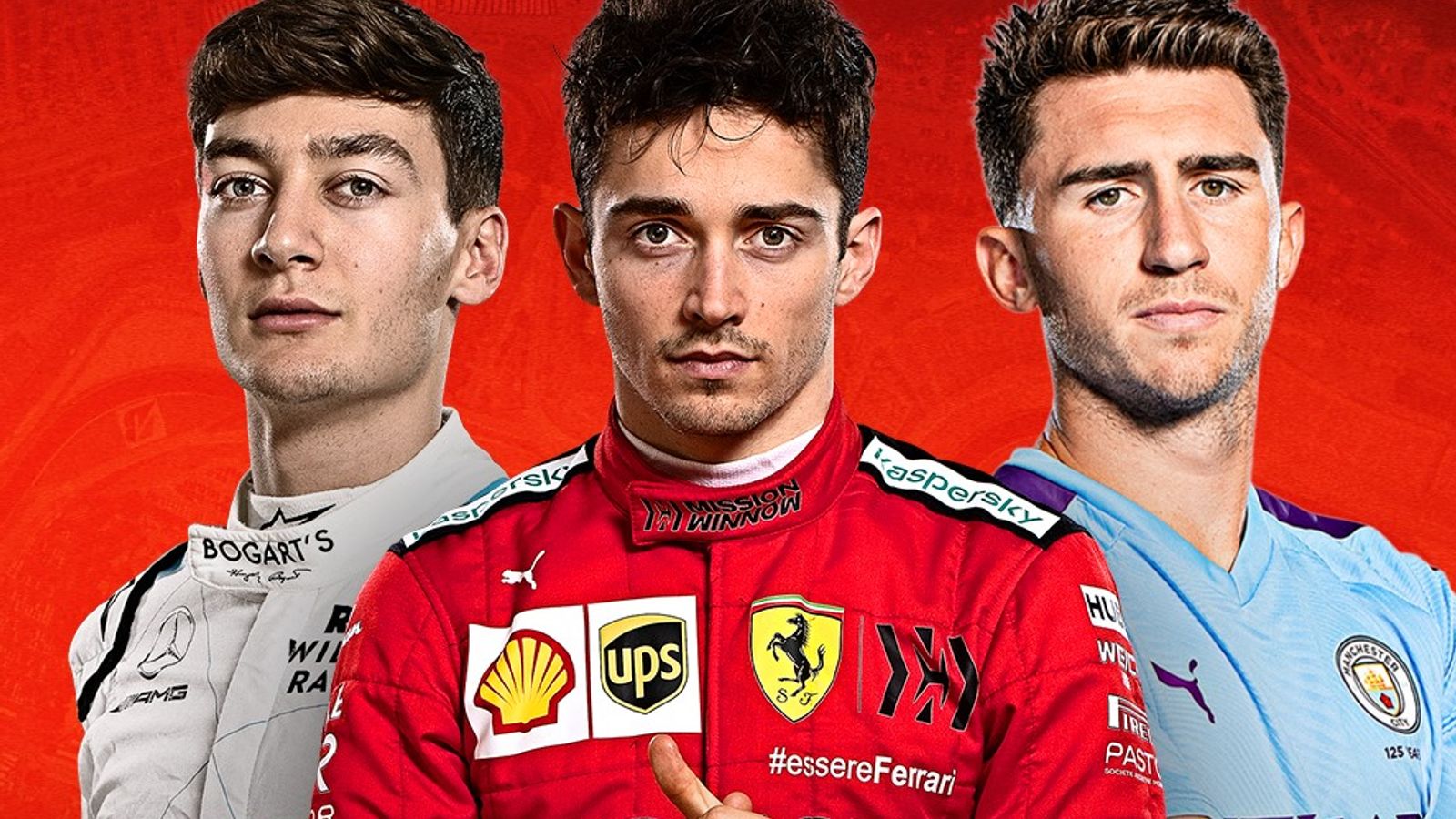 George Russell will bid for his third consecutive victory in the Virtual GP series as he takes on seven of his Formula 1 rivals in an online Azerbaijan GP on Sunday night, with three football internationals also on the grid.

Russell, the Williams starlet with links to Mercedes, has been an impressive winner in the last two races – in Spain and Monaco respectively – and another tonight on Sky Sports F1 would see him overtake Ferrari’s Charles Leclerc as the most successful driver in the eSports championship.

But the Englishman will have tough competition, with Leclerc, Alex Albon and Lando Norris also involved, while Sergio Perez , a two-time Baku podium-sitter, and Pierre Gasly will be making their Virtual GP debuts.

The Racing Point and AlphaTauri drivers complete F1’s list of eight, with Antonio Giovinazzi and Nicholas Latifi looking for their first online wins.

With the start of the delayed 2020 Formula 1 season set for July 5 in Austria, tonight’s race is the penultimate in the series.

The Virtual Azerbaijan GP will be live at 6pm on Sky Sports F1, Main Event, Mix, plus our YouTube channel.Who else is on the grid?

As ever in F1’s virtual races, there’s an eclectic grid with other professional drivers, plus three footballers.

Thibaut Courtois , who has appeared in both of the last Grands Prix alongside Sergio Aguero and Pierre-Emerick Aubameyang respectively, is swapping the Real Madrid gloves for a steering wheel again tonight, joined by fellow goalkeeper Gianluigi Donnarumma , of AC Milan.Virtual Azerbaijan GP grid.