HomeEsportsAfter Covid, we may be in a volatile gig economy that relies heavily on the internet CNN 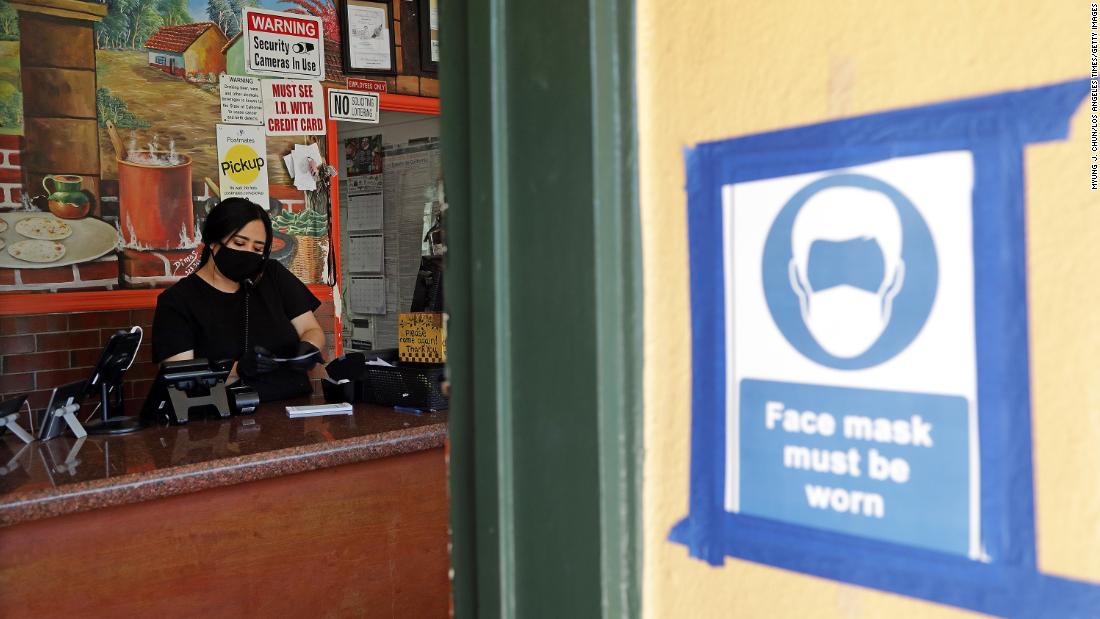 After Covid, we may be in a volatile gig economy that relies heavily on the internet CNN

The economy is reopening and life is slowly getting back on track, but it’s not back to normal.High unemployment rates and the need to socially distance will have lasting effects on how and where we work.

Small businesses are struggling to stay afloat and people are already relying more on internet gigs.Experts predict that post-pandemic, these trends will continue as we shift toward a more precarious gig economy that relies heavily on the internet.Since CNN Business began reporting on how the pandemic has affected different industries in early March, some of those changes have already come to pass, providing us with a good indication of what’s to come.Early signs The winners of the pandemic are already emerging, from telemedicine to delivery apps, and Silicon Valley is eager to invest in them.In March, 12 investment firms pledged to invest more than $30 million in companies with Covid-19 programs, and Y Combinator has connected many of those founders to investors.

Read More “The point of venture capital is to make bets on the future,” said Dan Wang, associate professor of management at Columbia Business School.”And there are some obvious industries that have attracted more venture capital during the pandemic.” E-commerce is one of those industries.

Pandemic shopping includes more pajama purchases , lots of online orders for alcohol and, of course, groceries .It’s also worth looking at how people are spending their time online, not just their money.While golf, basketball, hockey and other sports all suspended their seasons, esports kept operating .Some gaming companies, including the Electronic Sports League, the world’s largest esports organizer, told CNN Business in March they were seeing continued or increased interest from broadcasters and advertisers.

“The conversations that might have been hot but not yet closed are getting closed quicker,” Craig Levine, global chief strategy officer of the Electronic Sports League, known as ESL, told CNN Business in March.”People that we haven’t spoken to in a while, our phones are starting to ring a little bit from them as they’re getting intrigued by what we’re able to offer them.” In April, ESL announced a three-year deal with Amazon-owned livestreaming giant Twitch to exclusively stream competitions on the platform.Gaming has emerged as a winner .

From weddings and graduation ceremonies to classes, people have taken the extra time they have indoors to meet up online.The gig economy As the nation starts to recover from massive unemployment rates, the new normal may usher in a shift away from full-time jobs to side hustles and multiple gigs, experts predict.”A lot of small businesses, even if they are squarely situated in the physical world, are going to see the digital channel as a source of resilience,” said Arun Sundararajan, a business professor at New York University and author of “The Sharing Economy.” For Asian Americans, who have faced higher rates of unemployment than any other group, the road to recovery appears troubling.

During the 2008 recession, Asian Americans had the highest long-term unemployment of any group, according to a 2012 study from Marlene Kim, a professor of economics at the University of Massachusetts Boston, who predicts it now will happen again.”I’m going to predict that this is going to happen again,” Kim told CNN Business.

“I think it was part discrimination but also part other people dropped out of the labor market, they didn’t even look for jobs.But Asians kept looking for jobs and being counted [as unemployed.]” The creative ways people have found could change which businesses are left in the future and how they operate.Nail salons are mailing fake nails to customers and some unemployed individuals are turning to online gigs like coaching video games.”One result may be that even though we will undoubtedly lose many in-person businesses, we may have a more robust on- and off-line landscape of experiences and businesses available after the pandemic,” said Jane Desmond, professor of anthropology and gender and women’s studies at the University of Illinois at Urbana-Champaign.

A lasting culture of hustling Kate Sullivan teaching remotely in her studio, Kala Yoga in Brooklyn, NY.Kala Yoga studio in Brooklyn, New York, is struggling after shutting its doors three weeks after its opening day in February.Since the owner Kate Sullivan began offering online classes on March 17, Sullivan, said they the studio has had revenue of $11,500 but has lost about $26,000 for expenses that include rent, utilities and software services.”Just today I wrote to my landlord to just basically beg for a rent concession for the next five months because we have an impossibility of performance right now,” Sullivan told CNN Business in late May.She said other yoga studios have noticed a drop off in attendance, too.”I think people are just getting depressed and less motivated.And I think people are also on Zoom for work and they’re just like, ‘I can’t be on another computer screen right now.'” As people keep hustling, they might find themselves taking clients away from the very businesses they work for.Sullivan said some of her employees are doing just that.

“I don’t begrudge [my teachers] for it.Because I mean, everybody has to do what they have to do to survive,” she said..