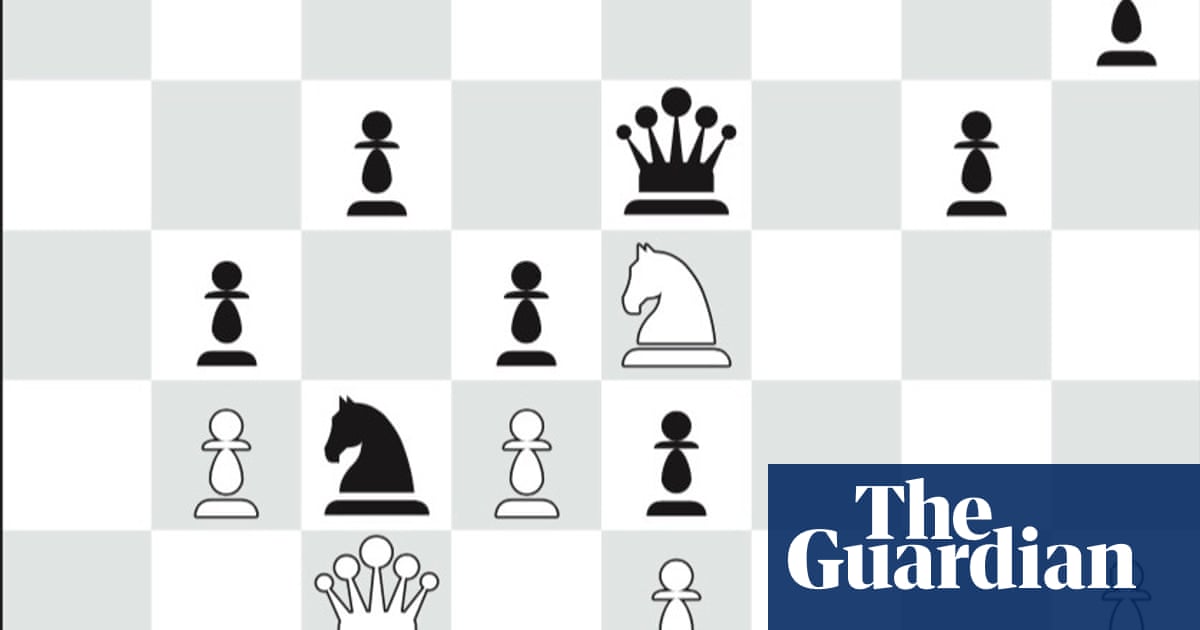 Puzzle-find the sequence which gives Black a large advantage.Leonard Barden Published on Thu 18 Jun 2020 18.00 BST Magnus Carlsen aims for his fourth online tournament victory in three months on Saturday and Monday when the world champion plays his opening group match in the $150,000 Chessable Masters.The Norwegian’s only setback in this period came when he was beaten in a pulsating semi-final by the US champion, Hikaru Nakamura, in the Lindores Abbey event.Carlsen’s latest success was last week’s $265,000 Clutch Knockout organised by St Louis and financed by the Maecenas of US chess, Rex Sinquefield.In the final Carlsen met his old rival, America’s world No 2, Fabiano Caruana, who he narrowly defeated in their over the board world championship series in London 2018.

Then there were 12 straight classical draws before Carlsen triumphed in a speed tie-break.In contrast, last weekend’s match, also 12 games but at a rapid time limit, was an epic series where Caruana led with one to go before the champion scored in the final game .

Carlsen is now in the top 10 esports earners for 2020, a first for a chess player.Caruana had several consolations, even apart from his $56,000 second prize.

After his failure in the speed play-off in 2018, many viewed him as too slow for rapid and blitz.Since then he has vastly improved his reflexes and instant judgments.The Clutch time control was 10 minutes for all the moves, plus a five-seconds per move increment, and Caruana proved so adept that he was frequently ahead on the clock.He was only inferior when both players were down to a few seconds and Carlsen’s vast experience in one-minute bullet became a factor.

Magnus Carlsen can win his fourth online tournament in three months at the Chessable Masters.

Photograph: Koen Suyk/EPA Caruana also brought off one of the best tactical coups of the match, featured in this week’s puzzle.He hesitatingly moved his king to g7 and then back to g8 as the commentators and Carlsen thought he had lost focus before unleashing his counter-strike.Carlsen was visibly shaken and also had to contend with a passed pawn on d2, yet still managed to drum up enough counterplay to escape with a draw.The match had a profusion of tactical shots and successful aggressive play, which, said Carlsen, was because “neither of us were able to defend difficult positions throughout the match.” The final game was decided by a rather simple tactic based on an overloaded black rook.The Clutch format was for games five and six on day one to count double and games 11 and 12 on day two to count triple.All four clutch games ended decisively, and the difference between double and triple was Carlsen’s margin of victory.He had reservations about the concept: “”Champions should show dominance over time and also dominance in the critical moment.

This particular format means that performing at the critical moments outshines everything else.” Interest now moves on to the Chessable Masters, billed as a link to Chessable education skills and providing chances for ordinary fans to take on the stars.Its 12 players include Daniil Dubov and Hikaru Nakamura, who were ahead of Carlsen at Lindores Abbey, plus Caruana, making his Tour debut, and China’s world No 3, Ding Liren, whose online appearances are limited by time differences from Europe and the US.First-round group matches start at 3pm on Saturday on chess24 .There will be free and live move-by-move grandmaster commentaries, while Carlsen will perform on Saturday and Monday.