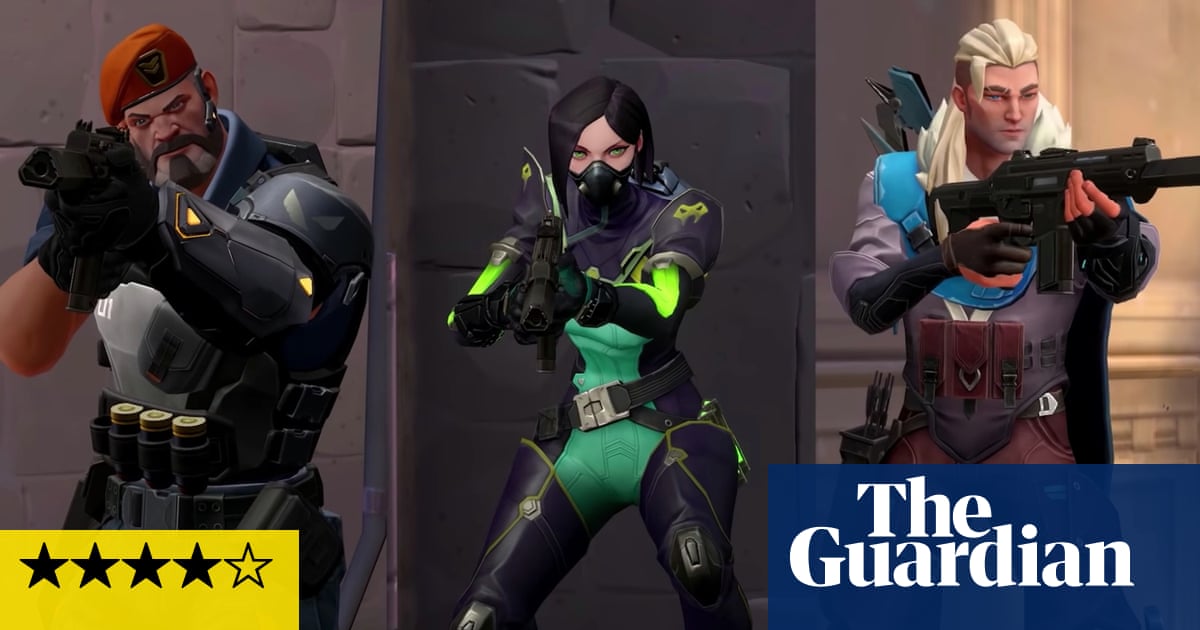 This deeply tactical shooter from the brains behind League of Legends is Fortnite’s latest challenger.I f you want more than fleeting gratification from a multiplayer game, look no further than this deeply tactical competitive shooter from the minds behind League of Legends .Valorant learns from its obvious inspirations Counter-Strike and Overwatch , but goes further with pinpoint gunplay and exciting skills, asking you to unravel the opposing team with your collective wits as well as quick reflexes.In place of the lurid neon colour palette of Fortnite is a reserved, sophisticated aesthetic with distinctive characters and maps.

Two teams of five duke it out across a series of finely tuned maps, trading abilities and peeking around corners with weapons that reward accurate fire over spray-and-pray.

Each match starts with a Buy Phase where players must purchase weapons with a limited amount of in-game currency.

This mini-economy gives every player responsibility for the team’s prospects: if you die 30 seconds into a round clutching an expensive assault rifle, your team will be out of pocket when the next buy phase starts.

The beauty of Valorant is that the underdog can always come out on top.Rounds can be won with budget weaponry, and teams who communicate well will thrive.One player might tag an enemy with a tracking dart so that another, more aggressive teammate can use penetrating bullets to take out the last opponent with a headshot through a flimsy wooden crate.

Nothing is sweeter than these match-winning moments of teamwork.

Of the 11 agents currently in the game, Cypher is my favourite.He’s a camera-toting hero who deals in sick mischief, and I spend most of my time feeding valuable information to my teammates, setting pesky tripwires and blurring the vision of flanking enemies so we can secure a captured bombsite.Other heroes include Sage, a self-sufficient medic who can summon walls to halt an enemy assault, or Reyna, who becomes more dangerous the more kills she racks up.The deadliest agents are high risk and high reward, and exemplify the appealing state of competitive flux that Valorant matches offer.

What I love about Valorant is that it brings mind games and strategy to the hero shooter, shifting the experience away from the more frenetic, less cerebral button-mashing of other team shooters such as Overwatch.Each round feels like a psychological thrill ride: when you’re the last surviving agent on your team, concealing the sound of your steps to creep up on a well-defended bombsite and steal the match, it feels more like Resident Evil than Counter-Strike.

Unfortunately, the bad apples among Valorant’s players expect an absurd level of perfection, and the resultant voice-chat criticism is hardly constructive.The lack of interesting backstory to contextualise the shooting is also disappointing – characters are always ready with a quip, but, beyond that, there’s no substance to their personalities.

This deserves attention if Riot Games intends to keep players interested as new heroes and maps are added.

Valorant has already won over many esports and live-streaming stars and their millions of teen fans.If it can do what Fortnite and Overwatch have done and bring in more casual players as well, we will be talking about it for years to come.

Valorant is out now; available for free on PC.