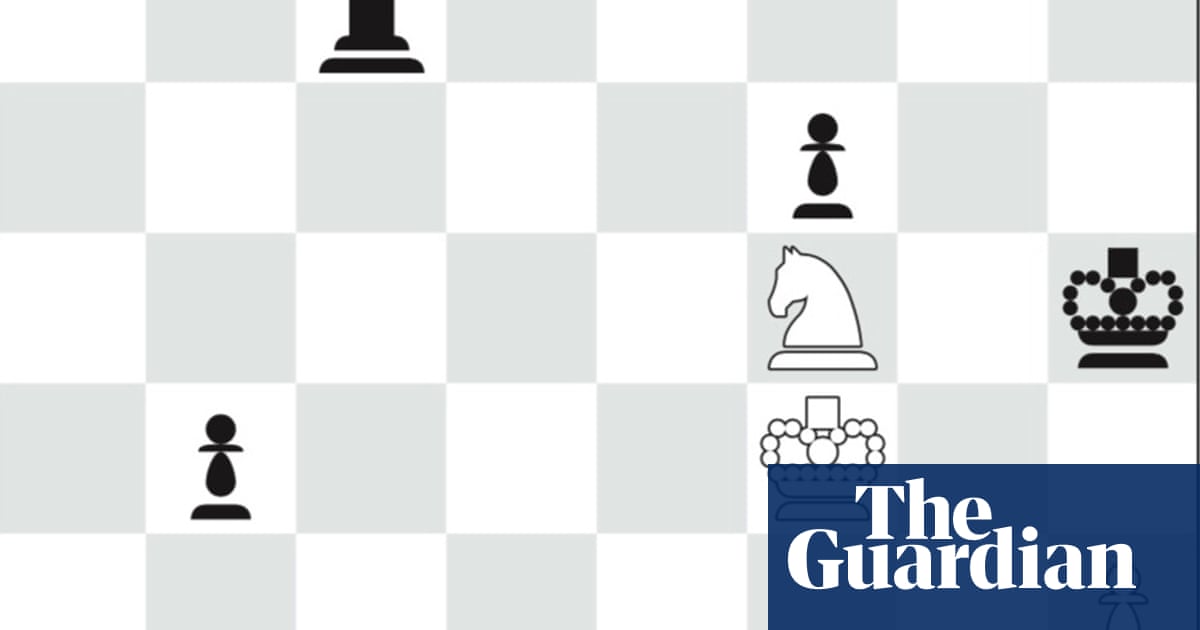 Magnus Carlsen overran the world No 2, Fabiano Caruana , 2.5-0.5 in their latest meeting on Thursday, only a day after the world champion had topped seven million rivals to lead the Fantasy Premier League for the second time in six months.

The online meeting earlier this month between the Norwegian and the American, who met over the board for the world crown in 2018, had been a tight affair which Carlsen won only in the final game, but Thursday’s match was one-sided.Carlsen scored impressively at the start , won the second game from a level ending, then eased to a draw in the third.

Caruana must win their next best-of-four games match on Saturday (3pm start on chess24.com ) to take their $150,000 Chessable Masters quarter-final into a Monday tie-break and a likely semi-final on Tuesday against the Russian No 1, Ian Nepomniachtchi.

On the evening before his chess victory, Carlsen scored 88 Fantasy Premier League points and rose to the top of the rankings ahead of seven million rivals.His team relies on Liverpool players including Trent Alexander-Arnold who he once met in a friendly chess game .

Carlsen led by a single point and dropped to fourth on Thursday when his nearest rival’s player Nick Pope had a clean sheet for Burnley, but this was still a remarkable double, which Carlsen celebrated on Twitter.His previous success was in December 2019 .

Guildford have dominated the over-the-board 4NCL for the best part of a decade,and were set fair to keep their title when Covid-19 intervened.

Rumours that their 2700-rated elite players would appear in the final were scotched by the rules, which require a player to have appeared in the competition.This will benefit Chessable White Rose, for whom India’s No 2, Pentala Harikrishna, took part in an earlier round.

Allegations by lichess.org , the website that hosts the 4NCL games, of computer assistance have marred the first online season.Most such claims appear to have been tacitly accepted, but three first division teams from Northumbria, Surbiton, and finally Anglia in the semi-final have defaulted matches in support of what they believe are innocent players.

The rules will change next season in a bid to solve the problem.

Chessable’s semi-final win against Wood Green Monarchs featured an imaginative opening novelty by the England No 4, Gawain Jones.His opponent FM Marcus Harvey, a giantkiller who had the No 1, Michael Adams, on the verge of defeat last year, plays the French 1 e4 e6 and in particular the trendy 2 d4 d5 3 Nd2 h6.The concept, with 3 Nc3 h6 also recommended, is analysed in depth in an ebook by the Kent opening specialist Alexis Harakis.

Jones’s original and deep plan here was to sac both White’s central pawns and in return have a dominating Qg4 and Rc1 with Black’s a8 rook and c8 bishop still at home.After 13…Ndxe5 14 Nxe5 Nxe5 15 Qg3 Harvey took 15…Nxd3 and was crushed, so Bd6 could be tried.