HomeEsportsLando Norris: ‘I didn’t enjoy F1 last year because of nerves. Now they are gone’ 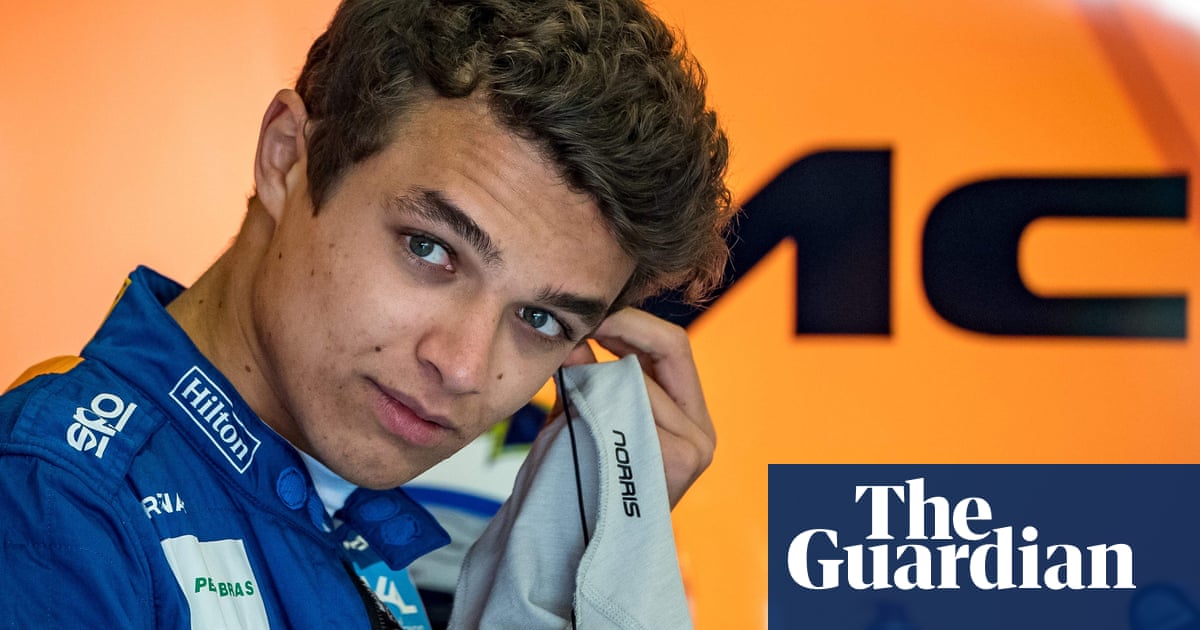 Lando Norris: ‘I didn’t enjoy F1 last year because of nerves. Now they are gone’

L ando Norris climbed from his car with relief after his Formula One debut at the Australian Grand Prix last year.Having taken the flag, he was happy simply to have got the job done, too tense to take any pleasure in the experience.

In Austria at this season’s long‑delayed opening race next weekend he will revel in being the new boy no more.“I love racing in F1,” the 20-year-old says.“I just didn’t enjoy it nearly as much as normal last year because of all the nerves.Now they are gone.”

After a season with McLaren bonding with the team and becoming the poster boy for esport racing under lockdown as a result of the coronavirus pandemic, it will be an altogether more confident driver who takes to the grid at the Red Bull Ring.

“I’ve missed driving a real car and pushing it to the limit,” Norris says.“It’s been the longest break I’ve ever had since I started racing at seven, so it does feel weird.”

Norris and F1 are adapting to the sport’s post-virus reality, that of triple-header races and a season compressed into six months.Norris accepts the pressures of this new challenge but is typically irrepressible in his approach.

“It’s going to be different, tough for the mechanics and engineers, and physically and mentally doing so many weekends close together,” he says.

“But it’s also good fun to be able to do one weekend and look forward straight away to the second weekend.It’s cool to be able to get so many opportunities so quickly in a row.”

When coronavirus put paid to racing, Norris ensured he was not oppressed or demotivated by the lockdown.Already a dedicated gamer and sim racer, he threw himself into competing in online races.With his performances broadcast on Twitch, his enthusiasm and dedication were infectious, gaining hundreds of thousands of followers.

F1 could not have had a better ambassador for the new generation of fans they want to attract but Norris wants to make his point on the track.

Norris’s impressive rookie year was part and parcel of McLaren finally performing to their potential in 2019.They finished fourth, 54 points in front of Renault, their best result since 2012.The British driver and his Spanish teammate Carlos Sainz, who will go to Ferrari in 2021, made a formidable pairing, racking up 24 points-finishes between them.

The confidence he clearly feels comes partly on the back of delivering such an impressive debut season.

He out-qualified Sainz by 11-10 and was generally within a few tenths of Sainz across the year.

Moreover he was unlucky with reliability several times and there were outstanding drives too, such as his duels with Kimi Räikkönen and Pierre Gasly to take sixth in Austria.

He has emerged a more rounded driver and there is a sense of how personal this is for Norris.In the office of the McLaren chief executive, Zak Brown, a water bottle sits centrally on his desk, incongruous among the model cars that decorate his workspace.

It is not there by chance.

“Lando got these for all of the team, water bottles for everyone and put their names on them,” Brown says, displaying his own in burnished chrome.“That’s over 800 people.

He did that off his own bat.

It would be really easy just to take some money and give it out but he really thought about this, it was his idea.That’s stuff the team feels.It’s special, those types of moments bring everyone closer together.”

Norris plays it down as “just a little something to say thank you,” but it was an act that is indicative of the part he and Sainz have played in the transformation at McLaren.The pair brought enthusiasm and energy.

Before the pandemic, Norris, who lives nearby, would go to the factory in Woking two or three times a week, use WhatsApp to take photos with mechanics, and go karting and playing golf with them.

This is no tactic gambit to get his team onside, rather an element of the role that he genuinely likes.“It’s part of a driver’s job to get everyone motivated, not just to be someone who turns up, drives and goes home, but at the same time I enjoy it,” he says.

Much is made in F1 of the concept of drivers building a team around them, often as a box to be ticked, but with Norris and McLaren it feels like a mutual commitment.It is a refreshingly uncynical attitude from a driver still learning but delighting in the challenge of what is likely to be a very competitive fight in the midfield for fourth place.Norris may be relaxing into his role but the intensity, the determination is as fierce as ever.

“I love what do and I wouldn’t go racing if I didn’t,” he says.“I want to have fun and enjoy everything, which is what I do as much as I can, but I am still critical.

I can be happy but I am never satisfied until I feel like I have done the best job I can.Every time I do something I want to do it better.”.