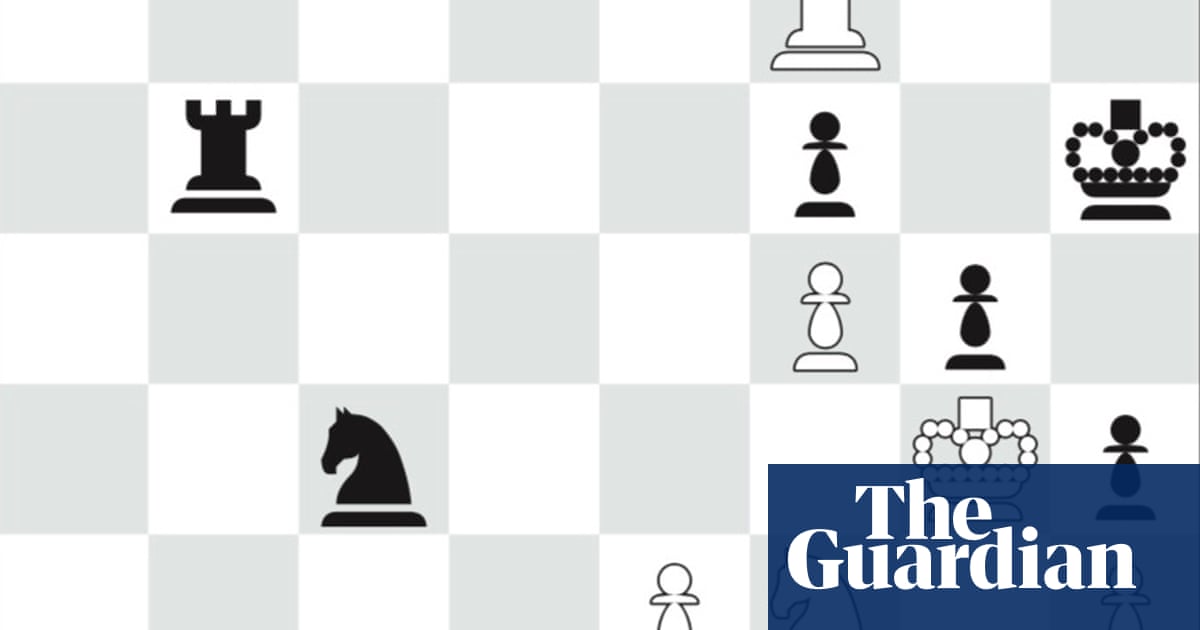 World No 1 resigned four moves into game two of his Chessable Masters semi-final after Ding Liren was forfeited in a drawn position due to a disconnection in game one.Magnus Carlsen in another major final hardly rates a headline at the moment, such is the world champion’s dominance over his rivals.The 29-year-old Norwegian was at the height of his skills as he defeated America’s world No 2 and China’s world No 3 at the $150,000 Chessable Masters this week and so put himself in pole position for his fourth tournament victory in three months, with only one failure in the entire period.

On Friday evening Carlsen won the first set of the final 3.5-2.5 against Anish Giri of the Netherlands, who must now win Saturday’s second set (3pm start) to force a decider on Sunday.

The seasoned chess24 commentators, the eight-time Russian champion Peter Svidler and the four-time US champion Yasser Seirawan, who described Carlsen’s play as “poetry when he’s on his game”, were in awe.However, his semi-final against China’s Ding Liren will be remembered for a unique incident which put the match in the record books.

Ding had an easily drawn ending in their first game, but with a minute left he was disconnected and awarded a zero under the rules.The online audience of more than 50,000 showed their disappointment in the only available outlet, the comments page.

He explained: “I have immense respect for Ding as a chess player and as a human being, and … I think it was the right thing to do.”

On the second day Carlsen scored twice as Black for 2.5-0.5, including a 29-mover where Ding resigned early in the face of unstoppable queen’s side pawns.

In the resumed final on Saturday (3pm start on chess24.com ) Carlsen leads 1-0 in the best of three sets against Giri, the Dutch drawing specialist with whom he has frequently had sharp banter on Twitter.If Giri wins the second set, the decider will be on Sunday.Live viewing of the games, close-ups of the players, and grandmaster commentary are all free.

Friday’s first set had an online audience of more than 50,000 on chess24.com channels alone, where it was broadcast in 10 languages.

Carlsen’s next over-the-board title defence has definitely been postponed to 2021, but Fide expects to complete the Candidates, which was halted in April after seven of its 14 rounds, in September-October.Its venue may change from Russia if Covid-19 remains a problem there, and its winner becomes Carlsen’s official challenger.

Among the eight candidates, Ding, Fabiano Caruana, Giri, and Ian Nepomniachtchi have all been active and successful on the new online Carlsen circuit.It seems significant that the halfway Candidates leader, Maxime Vachier-Lagrave, has adopted a much lower profile than his rivals, and even failed to reach the Chessable quarter-finals.

France’s No 1, who had never previously reached the Candidates, was only included at Yekaterinburg in March as a late substitute.His interviews have made it clear that, at age 29, he regards the event as a last chance saloon for a major career achievement.

Vachier-Lagrave’s position when the Candidates resumes will be strong.Of his two main rivals in the rankings, Ding has only 2.5/7 and is almost out of contention, while Caruana on 3.5/7 is a point in arrears.The Frenchman, whose online handle is LyonBeast, knows when he will play each opponent and whether he is White or Black.

He is renowned for his in-depth preparation and for his minutely detailed knowledge of his specialist defences, the Najdorf Sicilian against 1 e4 and the Grünfeld against d4.So it would be logical now for him to make online tournaments a low priority for the next three months and plan, with the help of his aides led by France’s No 2, Étienne Bacrot, to be in optimum form for these seven Candidates games which will decide his career destiny.

When Arkady Dvorkovich was elected Fide president in 2018, the Russian stated that one of his main priorities would be women’s chess.In many countries only 5%-10% of adult chess players are women, although participation is stronger in Russia and Eastern Europe, China, and India.

The over-the-board 2020 men’s and women’s Olympiads have been postponed, and in their place Fide has announced an online Olympiad starting 22 July where the teams of six players must include at least three women, at least one of them aged under 20.The event lasts a month, and the number of matches may pose difficulties.Instances of computer aid are a problem for any large online event below elite level.