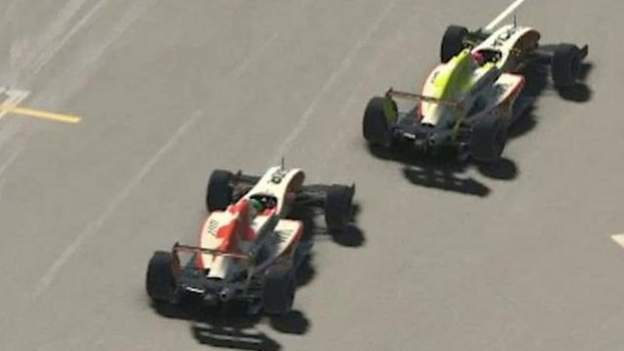 Watch highlights from round seven of the W Series racing virtually around the track in Suzuka, Japan featuring an “absolutely sensational” battle between Spain’s Marta Garcia and Dutch racer Beitske Visser.

Watch W Series Esports League coverage every Thursday from 19:00 BST on the BBC iPlayer and the BBC Sport website & app