HomeEsportsLiving the racing dream in a world of endurance 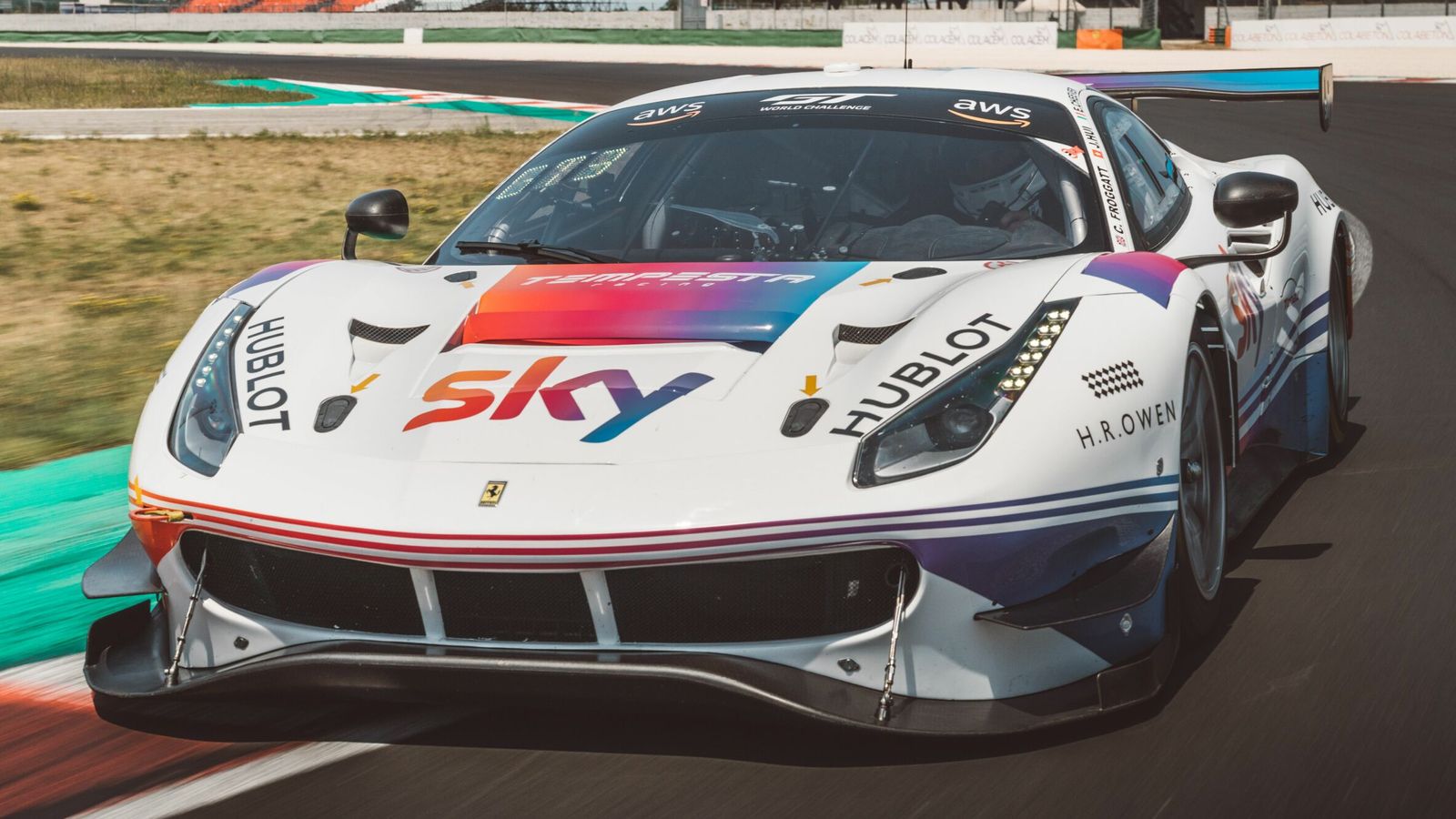 Living the racing dream in a world of endurance

Formula 1 may be taking a well-earned weekend off between two consecutive triple headers at the start of its new season – but racing series continue to resume thick and fast after lockdown as 2020’s revised motorsport calendar takes shape all the time.

This weekend it’s the turn of the renamed GT World Challenge Europe to get back up and running with their long-awaited first race weekend of 2020 at Imola in Italy.The opening field features 46 cars and some of the biggest brands in motorsport

Live coverage of the season’s first endurance event is on Sky Sports F1 on Sunday, from 12pm to 4pm.Live GT World Challenge Europe July 26, 2020, 12:00pm Get Sky Sports Get a Sky Sports pass

For Sky Tempesta Racing, the anticipation for a second year in the former Blancpain series is palpable – ahead of a season that they are confident will be well-worth waiting for.

The British team have made consistent progress since forming in 2017 and return for a second season in the Pro-Am class, aiming to build on the high of a class victory at Monza and a third place overall in the Endurance Cup Pro-Am standings From left to right: Eddie Cheever, Chris Froggatt and Jonathan Hui form Sky Sky Tempesta Racing’s line-up for 2020

Britain’s Chris Froggatt and Italy’s Eddie Cheever, the son of the former Renault and Benetton driver of the same name, team up for a full eight-race season and will be joined this year in by Jonathan Hui for the four endurance events – starting at historic Imola, when the trio will race the 2020-spec Ferrari 488 GT3 for the first time.

“I’m so excited to resume our campaign this year: finally we are back on track,” said Froggatt, who competed in Esports races during the lockdown.

“I’m eager to get back out in our 488 GT3 EVO, build on the experiences of last season and push myself further.

“I am very happy to be sharing the car again with Jonathan and Eddie; we formed a strong relationship during 2019, working well together in this highly demanding environment.We’ll be ready to give the first race – and the entire season – our all.”

For Froggatt, 2020 represents just his fourth season of competitive racing.

“Different to most, I started three years ago.

It’s been quite a steep climb for me since then,” he told Sky Sports .”I started really a lot of it due to a really good friend of mine and now team-mate, Eddie Cheever III, and he was racing a lot longer than me and guided me into it.

“I always had a love of going fast and driving motorbikes and quad bikes, but he really drove me into the right type of racing that suited me.”

He added: “I always shad a bit of a fascination for cars and fast things, but I never really considered that it was an optioin for me.So to be able to be really living my dream now is great.

“I am able top do something I am absolutely in love with and I’m learning every day because compared to others I have a lot less experience.So every day on track is an important day for me and I make sure I make the most of it.”

An eight-round calendar has been confirmed for the 2020 season, including the 24 Hours of Spa in late October for the campaign’s penultimate round.

“Last year [in their first season] we started with a win and I’d like to push to do the same.Imola is a very tricky track, very minimal run-off, very old fashioned,” said Froggatt.

“If everything goes our way, the car seems competitive so we could be looking for a good position at the end of the weekend.” Also See: Get Sky F1 for an extra £10 a month

An eight-round GT World Challenge calendar has been confirmed for the 2020 season, including the 24 Hours of Spa in late October for the campaign’s penultimate round.

“Despite being a new team, we showed our potential last year as front runners in our category with two podium results, leaving us hungry for more,” said Hui.”Over the winter, work continued behind the scenes to try and bring improvements to all aspects of the team with a single focus to perform at an even higher level.” Trending.