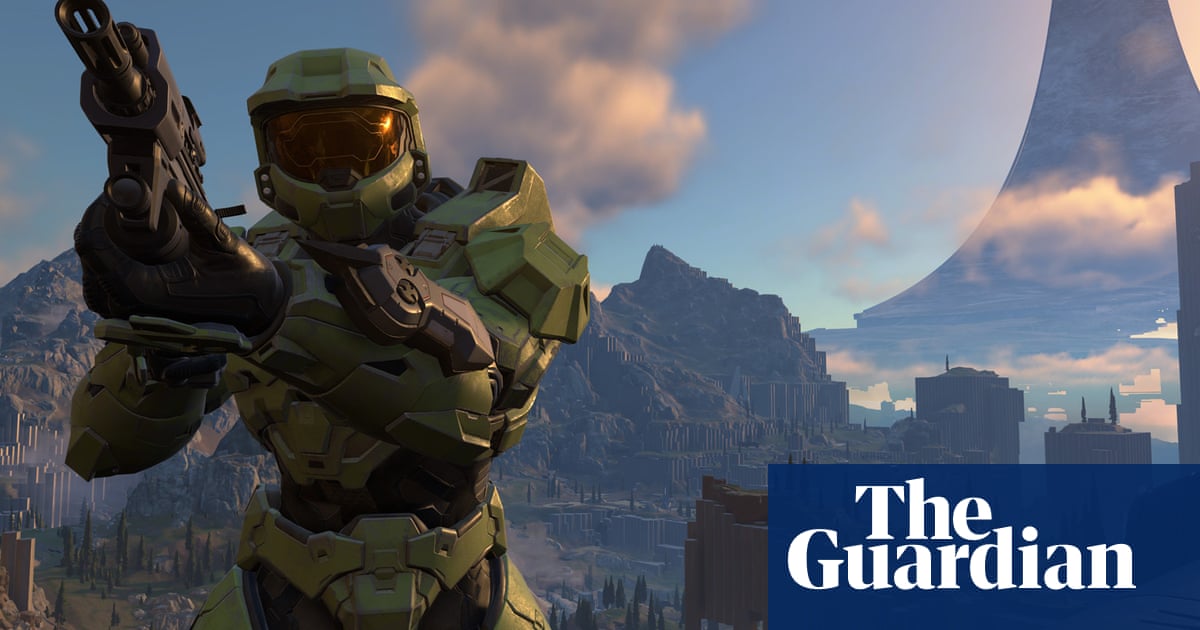 The head of Xbox Studios says the machine removes the need to think about technical constraints – and discusses controversial Halo: Infinite and Fable demos.T he era of video game design being defined by technology is over, according to Microsoft .Two hours after the Xbox showcase event livestreamed on 23 July, I’m speaking to the company’s head of studios, Matt Booty, via video call.The showcase revealed 22 games, “built to launch exclusively on Xbox consoles”, nine coming from first-party teams – a clear response to Sony’s live event in June, which concentrated on exclusive PlayStation 5 titles .But there was no mention of hardware during the one-hour stream, and now Booty is keen to make the point that projects developed for Xbox Series X, due this Christmas, will not be as delineated or constrained by hardware specifications as they have been in the past.

“We’re at a point where the technology is out of the way,” he says.“In previous generations, the hardware and its limitations would leave a pretty clear fingerprint on a game.

I remember the first early games that used sprite scaling and then suddenly every game had all these objects flying around the screen.You’d build a game around technical advances like that.But now we’re at the point with the tech where we can just let the stories and the characters that the teams have in mind reach the screen.”

During its livestreamed event, Halo: Infinite led the Xbox showcase with footage of the game’s campaign mode; it was followed by the latest title in the Forza Motorsport series, and a longer look at Everwild, the eco adventure in development at veteran West Midlands studio, Rare.

A highlight, however, was the final reveal of the event: a return of the acclaimed role-playing series, Fable, originally developed at Lionhead, a studio controversially closed by Microsoft in 2016 .As long rumoured, the new title will be developed by Leamington-based Playground Games, which until now has been responsible solely for the driving series, Forza Horizon.

According to Booty, it was the studio’s experience with large open-world environments that singled it out for the project.“I just look at what Playground has done with the Horizon series – that attention to detail, the ability to represent these naturalistic landscapes.They also have a real passion for the IP and a unique point of view on what’s core to Fable.Everything I’ve seen as the game progresses tells me this is going to be a very high-quality release.”

Rumours surfaced at the weekend that the new title will be a massively multiplayer online game rather than a true narrative sequel to Fable 3.Those rumours have since been refuted by other news sources.

While not directly addressing the speculation, Booty claimed the new title will respect the legacy of the series, as well as bringing in the studio’s own ideas.

“With any kind of franchise like that, where you’ve had existing versions, there’s always that balance between what you’re going to bring forward, what still stands up, and what you want to add that’s new,” he says.“It’s like the challenge of making a new Star Wars movie – there’s stuff that everyone wants you to bring along, but then you’ve got a responsibility to take that to new places and I trust Playground has a good vision for that.”

Elsewhere, the demo footage of Halo: Infinite, which is taking a more open-world approach than previous titles, also drew mixed reactions from fans.Twitter debates raged for hours after the presentation, with some feeling the art direction made the visuals look flat , while others felt the gameplay looked dated compared with contemporary shooters.

However, Booty says that developer 343 Industries has been closely guided by the Halo community during the game’s creation.“343 works with dedicated insider groups that are always giving them feedback,” he says.

“They’re as plugged in as any team could be to feedback from core fans, from the esports community, and from people who have seen what they’ve done with the Halo: Master Chief collection.Games of the genre have evolved and moved forward.The art of game design is figuring out what feedback you’re going to incorporate, where to strike a balance, and I think they’re well plugged into a big community to do that.”

Booty also claims that the Xbox Series X era will make it easier for gamers to dip in and out of games and therefore experiment with a wider selection of experiences.Through its Game Pass Ultimate subscription service – and the new console’s quick resume feature, which lets owners open and switch between multiple titles without losing their progress – players can take a similar approach to games as they do to browsing television platforms.

“Digital delivery and Game Pass have created a much more ready audience for games,” he says.“And, through 5G, delivery is another thing we hope just gets out of the way.That’s one of the beauties of online services like Netflix – you can browse so readily, it’s instant.If you don’t like one thing, you can move on to the next without much penalty.I think we’re inching up on that with games.The ability to try something you might not have the motivation to purchase almost becomes friction-free and that makes connects between creators and this broad audience we’re building.”

But it is Booty’s views on the capabilities of the Xbox Series X, and how they will allow developers to focus on game design rather than technical challenges, that will be most keenly analysed when the machine arrives later this year.

The argument is not that there are no technical constraints any more, but that the machine is so powerful, the emphasis will be on possibilities dictated by design rather than limitations dictated by specifications.

“If you look at movies, we’ve become almost numb to how amazing the special effects are,” he says.“You watch actors being portrayed as 20 years younger, you see these amazing worlds, and you just take it for granted – and that’s about getting the technology out of the way.

“I think we’re inching up on that in games, where the tech to create is just there and hopefully players are being drawn more into the story and the world and less thinking, ‘Oh wow, the load time on this game is really short.’ I mean, it’s great to have short load times, but I hope that’s not what players will pay attention to.”