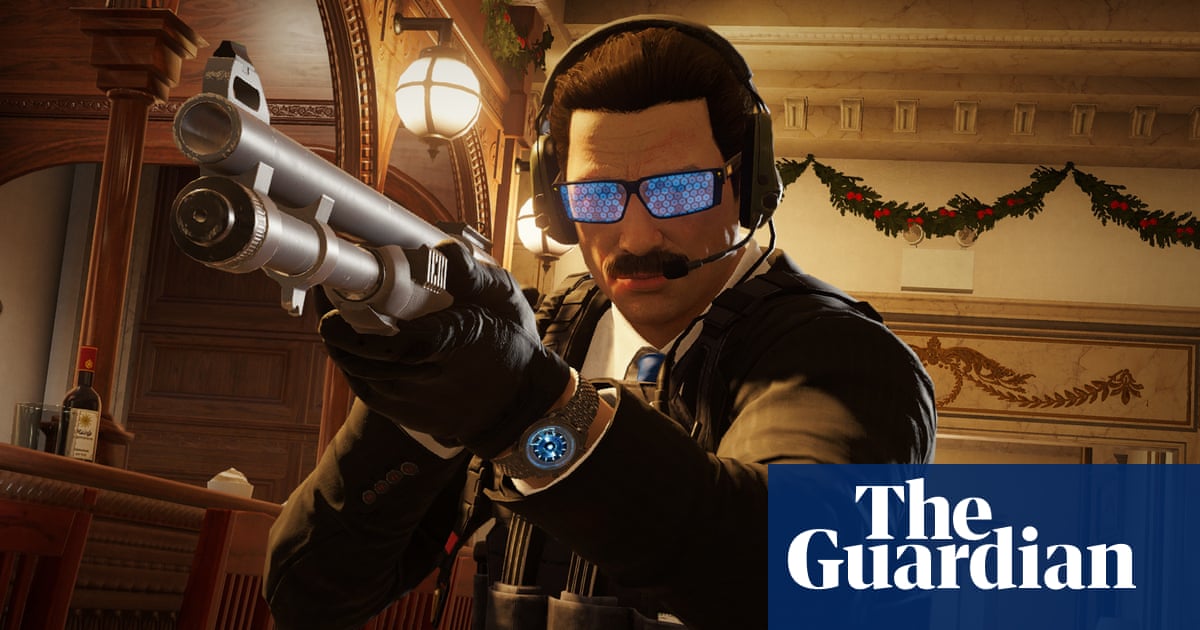 Fed up of brightly-coloured shootouts against teenagers dressed as bananas? These games will test your teamwork, planning and accuracy in tense, real-world scenarios Truly gripping … Rainbow Six: Siege.Photograph: Ubisoft Truly gripping … Rainbow Six: Siege.Photograph: Ubisoft @keefstuart 09.00 BST T wo years after its release, Fortnite still dominates the online gaming space, sucking all the air out of the room with its 350 million players, massive celebrity endorsements and ruthlessly compelling dance routines.But, far away from that game’s rainbow-coloured cartoon scapes, there are team-based shooters requiring patience, strategy and cooperation; where real-world physics, weapons and environments replace laser pistols and super powers, and where a single wrong move can blow the whole operation.

If you’re looking for a tactical step up from run-and-gun blasters, here are seven of the best examples.Arma III (PC) Based on a perilous proxy war taking place on a fictitious Mediterranean island, Bohemia Interactive’s near-future military simulation originally won praise for its deep, open-world campaign mode.

Since then, it’s the multiplayer element that’s become the star, allowing fans to design, build and share their own variations, so you can engage in anything from tense squad-based skirmishes to massive 50 v 50 battles in a range of strategy scenarios.For this vast modding community and the influence the game has had on other developers, Arma III is very much the Doom of tactical shooters.Counter-Strike: Global Offensive (PC, PS3, Xbox 360) Originally developed as a modification of Half-Life, Counter-Strike is one of the most influential shooters of the modern era and a key component of the esports scene.The fourth title in the series features small teams of counter-terrorists and militants taking it in turns to defend objectives against each other in a series of detailed locations.Weapons are authentic, from assault rifles to fire bombs, and the lack of respawns means one wrong move sends you out of the round, leading to incredible tension as the bodycount mounts.Now free-to-play and with lots of different game modes, this is a good place to test your skills as a tactical player.

Incredible tension … Counter Strike: Global Offensive.Photograph: Valve Squad (PC) Still in early access on Steam, Squad is another highly authentic military shooter, set in a large open environment.Here, two armies of up to 50 players each build fortifications, use vehicles and study the landscape to develop battle strategies.The lack of a heads-up display to show your ammo and team positions means players have to work closely together, using a separate map screen to coordinate attacks.

Engagements can involve sudden vicious gun fights or nerve-jangling snail’s-pace treks over rocky mountain passes only to be sniped at from a hill half a mile away.With a supportive community and regular content updates, it’s a welcoming introduction to tactical combat.Insurgency: Sandstorm (PC, PS4, Xbox One) With its Middle East setting, incredible sound design and hugely authentic contemporary weapons that feel unsettlingly real to use, Insurgency: Sandstorm is like an interactive version of gritty war movies such as American Sniper, Hurt Locker and Lone Survivor.Bullets ping through the air, ricocheting off walls with a deadly crack, injured soldiers cry out, and explosions have a shocking, ear-bursting intensity.With a range of objective-based play modes, this is a game about making slow progress through wrecked villages with a small, well-organised team and one eye on every darkened, distant window.

Hunt: Showdown (PC, PS4, Xbox One) Set in a woozy, broken down version of rural Louisiana at the close of the 19th century, Hunt: Showdown is an innovative combination of Left 4 Dead, DayZ and Red Dead Redemption’s excellent Undead Nightmare expansion.You’re a bounty hunter tracking down demonic monsters amid a zombie plague, but the catch is each open-world location has a dozen other players looking to beat you to the prize.Working in teams of up to three, you must make silent, careful progress through the undead hordes – and if your character is killed, you lose them and their gear for ever, forcing you to recruit a new hunter avatar.The clever mix of survival horror and team-based shooter have made this a cult favourite online.Zombie plague … Hunt: Showdown.Photograph: Crytek Ground Branch (PC) Another tactical shooter still in Steam’s Early Access, Ground Branch is inspired by the uncompromising military sims of the early 2000s – the likes of Rainbow Six, Operation Flashpoint and Full Spectrum Warrior.Players take on various roles within the CIA’s paramilitary arm, using complex character and equipment customisation options to prepare for specific tasks.

Offering accurate ballistics, authentic injuries, and an encumbrance system that ensures you move slower if you bring your whole armoury on the mission with you, Ground Branch is not one for players who just want to sprint into the middle of a fight wielding twin machine guns.Tom Clancy’s Rainbow Six: Siege (PC, PS4, Xbox One) Highly influenced by CS: GO, Ubisoft’s tactical team-based shooter allows players to choose from a range of special forces operatives before indulging in five v five missions, where one team is protecting an asset (which may be a bomb, hostage or bio-weapon), while the other is infiltrating the building to take it out.Taking place in a range of interesting locations from passenger airliners to sun-drenched villas, the emphasis here is on preparation and cooperation, with gadgets such as drones and hidden cameras available to watch for enemy soldiers.The lack of respawns and the deadly speed of engagements make for some truly gripping set-pieces.