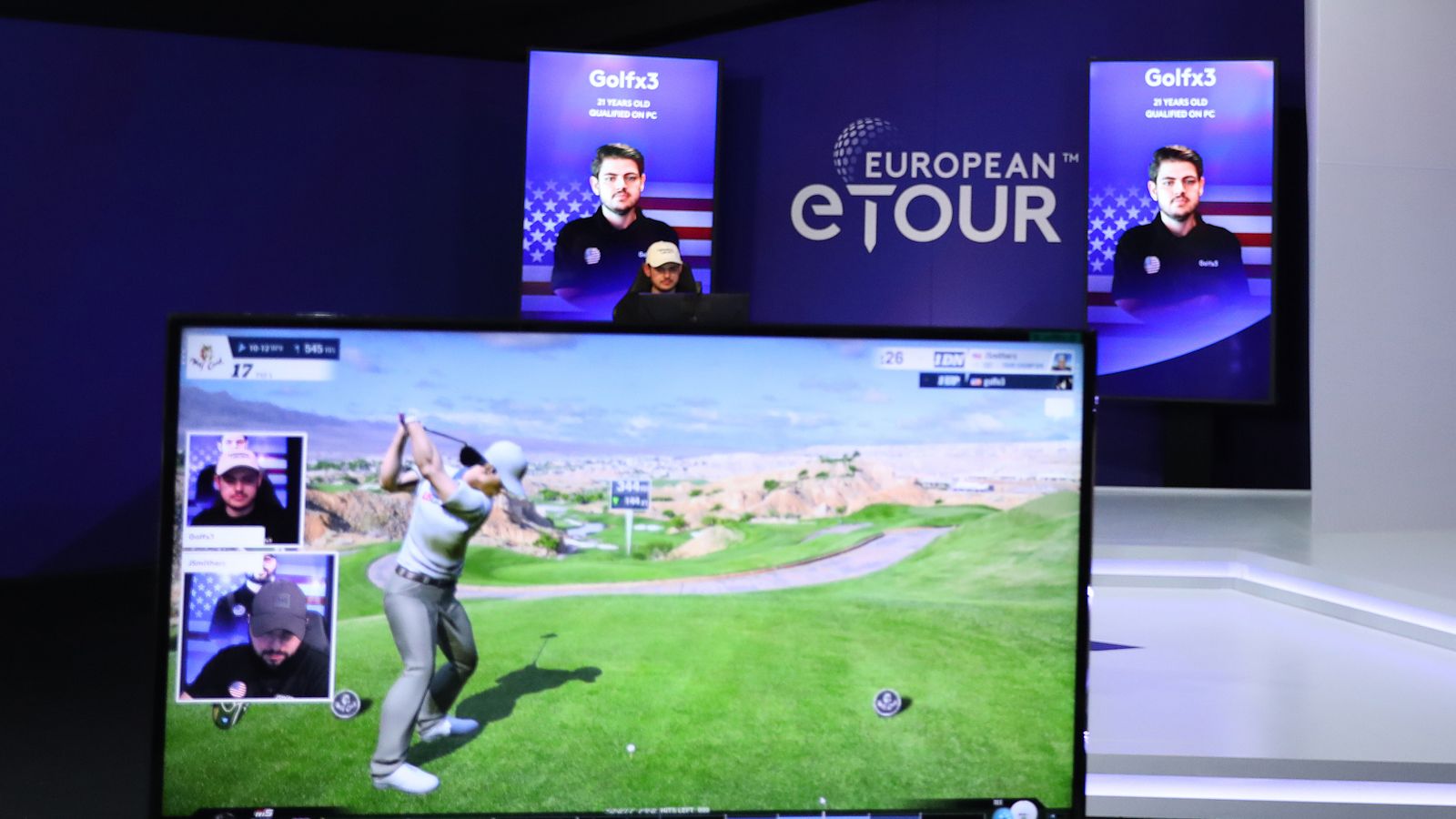 Golf’s first esports series is played using the online and mobile golf game World Golf Tour (WGT), with the Portugal Masters the first of six events on the 2021 European eTour schedule.The European eTour Qualifiers are open! Anyone can win! You could be one of 8 finalists competing for a cash prize of $10,000 USD!Find the European eTour by navigating to the Tournaments screen now: https://t.co/T2QbtbFIdJ pic.twitter.com/d39c60YtIa — European eTour (@etour_gg) March 9, 2021

A five-week qualification process has whittled down thousands of players to just eight, with those remaining competing in a straight knockout format to try and claim the $10,000 first prize.European eTour: 2020 Grand Final

Payton Gordley – known on the game as golfx3 – is among those in action as he looks to replicate his dominant 2020 season, where he won five times and earned over $50,000, while Joshua Smith – who plays as JSmithers – starts as top seed after impressing during the qualifying campaign.The absolute best putts from the absolute best players on the European eTour.ğŸ�†â›³ğŸ‘� pic.twitter.com/4ILIG97oq0 — European eTour (@etour_gg) January 31, 2021

“I’m the favourite in every match,” Smith said.”If I play my game, I’m tough to beat.I hope to win a couple of events this season, I’ve been practising a lot and I’m very positive after earning the number one seeding for these finals.” Also See: 2020 Grand Final highlights

The winners of each quarter-final will progress to the semi-final, with the two remaining players competing for the first prize.

The full contest will be live on the European Tour’s social media channels and – for free – from 4pm on the Sky Sports Golf YouTube channel.

Click on the video above to watch our free live stream from the European eTour’s Portugal Masters! Trending.