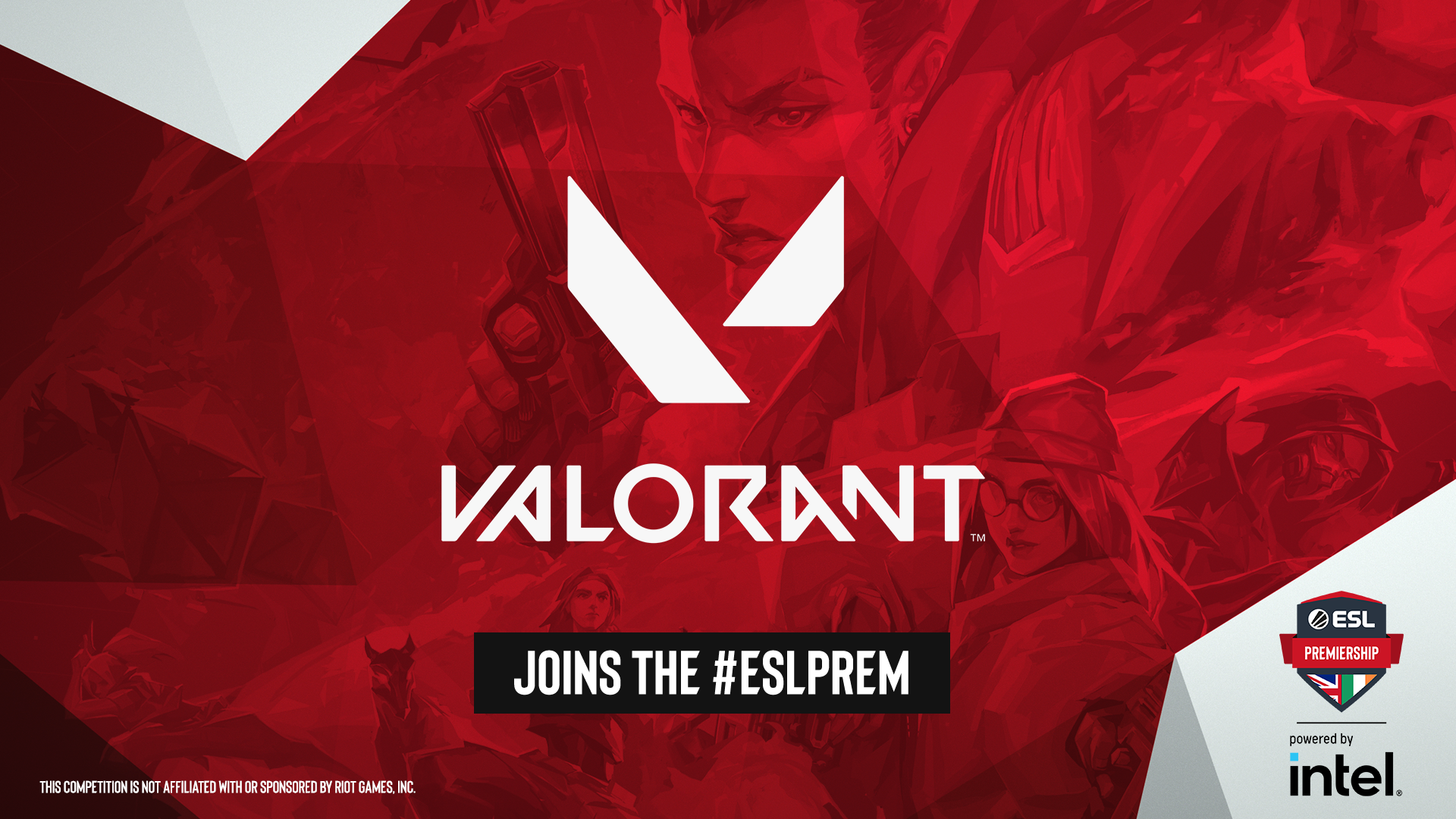 The ESL Premiership , a domestic esports competition for the UK and Ireland, has extended its partnership with technology company Intel and added VALORANT to its list of titles for the 2021 season.

According to the release, the VALORANT UK&I Skirmish – Powered by Intel will be the title’s first ESL Premiership-organised event.Following open qualifiers and a round-robin group stage, the one-off tournament will see teams compete on June 26th for its £10,000 prize pool.Image credit: ESL Premiership

As ESL Premiership’s headline sponsor for its 2021 events, Intel will collaborate with the domestic competition on a range of activations.This includes the ‘Intel #PREMVP’, which is expected to highlight certain plays from individual players.

Moreover, fans will be able to listen to specific calls from players during matches with ‘Intel Team Comms’.

Mark Walton, EMEA Graphics and Gaming Comms Manager at Intel, commented: “It’s been exciting to see the tremendous growth of the VALORANT community over the past 12 months.

“We’re delighted to support its inclusion in the ESL Premiership alongside League of Legends: Wild Rift, with both games promising to make this an impressive season for fans and competitors.”

RELATED: Verimatrix unveiled as ESL Premiership partner Open qualifiers for the VALORANT UK&I Skirmish are scheduled to take place on May 31st and June 2nd.

Dan Ellis, Partnerships Director, ESL UK, added: “Intel continues to be an instrumental partner of the Premiership.They have been critical in allowing us to bring these brand new titles and communities together.I cannot wait for the Skirmish to kick off next month.”

Esports Insider: It’s a smart decision for ESL Premiership to add VALORANT to its list of 2021 titles, particularly given the game’s growing popularity.

Given that Intel and ESL recently announced a long term extension of its partnership, it’s no surprise to see the tech firm collaborate with ESL Premiership again..