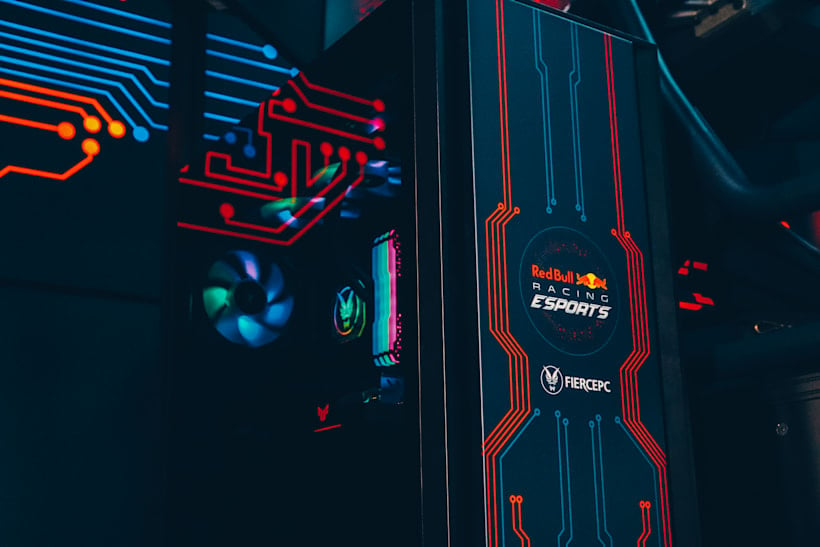 Fans of the sim racing team will also be able to purchase the same PC that Red Bull’s drivers will use during competitions.The PC’s are expected to be utilised across a number of platforms including Codemasters’ F1 2020 and iRacing.

Oliver Hughes, Chief Marketing Officer at Red Bull Racing Esports , spoke on the partnership in a release: “Motorsport is all about the pursuit of technical perfection and the optimisation of the equipment at hand.It’s no different in Esports and Fierce PC’s high-powered systems will ensure that the Team is able to perform at the top of its game, no matter the event.

“Built using state-of-the-art components, Fierce PC’s computers are tailor-made to handle the most demanding applications and will give the Team’s drivers, and sim drivers all over the world, power, performance and reliability when it matters most – in the heat of battle.”

Since opening its sim racing facility in December 2020, Red Bull Racing Esports has inked a number of partners for the 2021 season.Fierce PC joins the likes of sim racing hardware manufacturer Fanatec, Danish sportswear brand hummel, and peripherals company HyperX as the latest addition to the team’s ever-expanding roster of partners.

Bradley Haworth, Marketing Manager at Fierce PC , also commented on the deal: “Myself and the rest of the team at Fierce PC are delighted to have secured this partnership with Red Bull Racing Esports.

It was clear from the initial conversations we had together that our brands aligned perfectly.Therefore, it was obvious that we had to proceed with supporting the Red Bull Racing Esports Team as their Official PC Partner.

“This partnership will see us support the Red Bull Racing Esports team by providing all the powerful hardware their drivers require to perform at their best during competition.

The systems we have configured especially for the team include the latest and best hardware from industry-leading brands such as Intel, NVIDIA, ASUS, Corsair, and Seagate.”

For Fierce PC, joining forces with one of the biggest sim racing teams in the world is certainly a statement of intent as it looks to expand its own roster of partners..