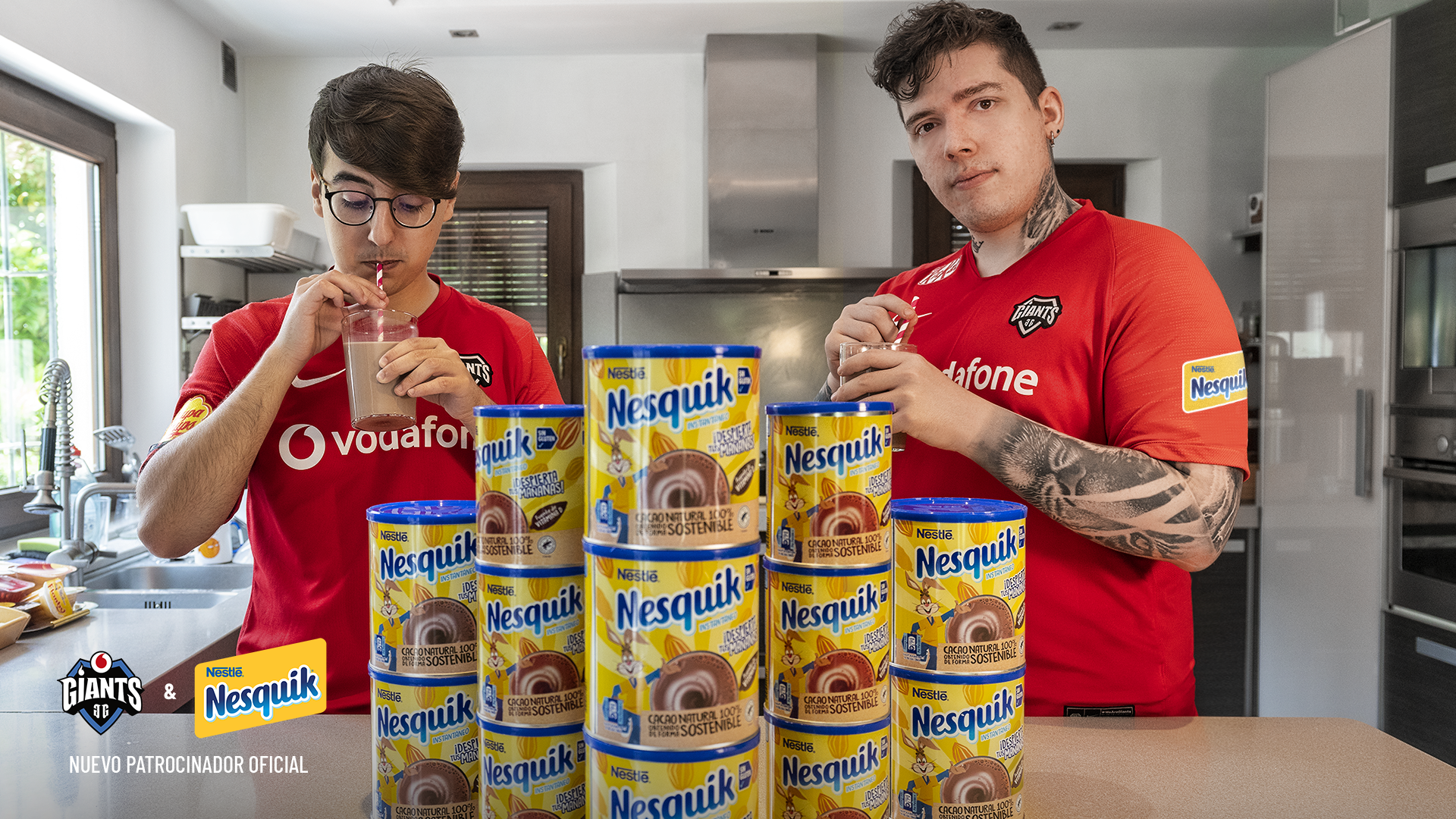 Vodafone Giants partners with Nesquik By May 6, 2021

As a result of the partnership, Nesquik’s logo will appear on Vodafone Giants’ jerseys and on the organisation’s social media platforms.Photo credit: Vodafone Giants

According to the release, the agreement will also see both entities collaborate on a range of activations.This includes producing new content, providing ‘experiences’, and creating giveaways.Exact details regarding Giants’ content activations and experiences have yet to be revealed.

José Ramón Díaz , CEO of Vodafone Giants, commented: “[Nesquik] is not a simple partner, it is a perfect ally to continue growing in a world as competitive as esports and at the same time so young.

“The brand is committed to innovation, like us.The alliance could not be more ideal.”

Nesquik joins the likes of Red Bull, Chupa Chups , and Nike as partners of the esports organisation.Moreover, the drink-mix brand becomes Giants’ third Nestle-owned sponsor.Earlier this year the organisation partnered with MAGGI FUSIAN and KitKat .

Erica Chapela, Product Manager Nesquik Spain, added: “With this sponsorship, we take a step further in our ways of communicating and getting closer to our public.

The brand could not have found a better ally to enter the world of esports and be present today thanks to content related to the young target, which will allow us to reach this audience in a natural and organic way.”

Nesquik’s logo will be ever-present on the sleeve of Vodafone Giants’ jerseys during the Spanish organisation’s esports competitions.This includes the SuperLiga Orange, Spain’s League of Legends regional league, which is set to commence its summer split on May 31st.Alongside its League of Legends team, Giants has competitive rosters in Rocket League and Rainbow Six Siege, among others.

Esports Insider says: Vodafone Giants continues to strengthen its relationship with Nestlé following the announcement that Nesquik has joined its roster of partners.It’ll be interesting to see what activations both brands have planned and how Giants’ competitive roster will be integrated into the content..