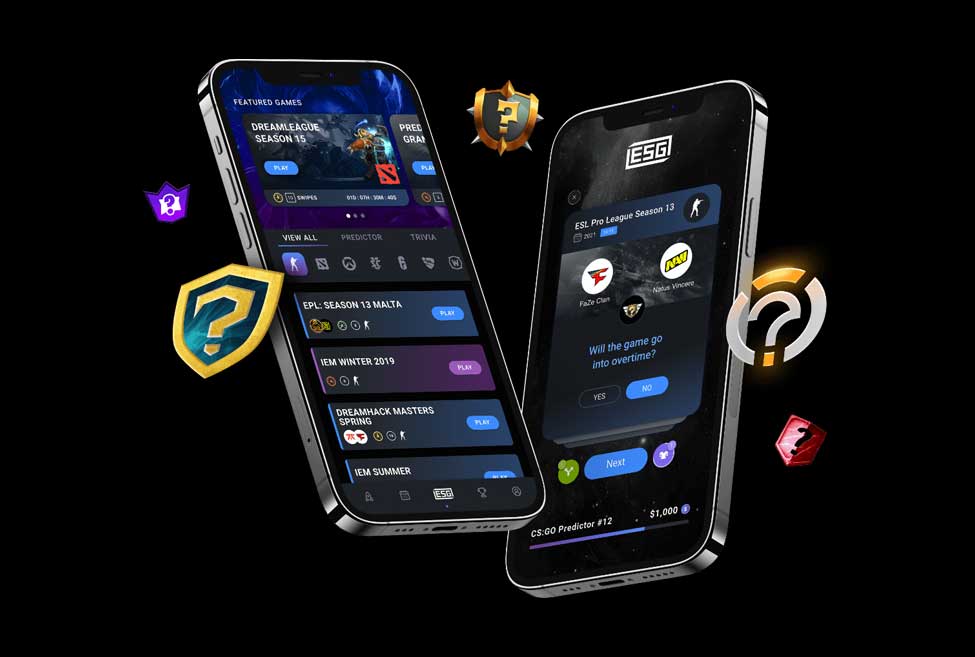 Esports Games is available on the Google Play store in the United States, United Kingdom, and Canada.Image credit: Esports Technologies

App users will be able to enter and participate in the trivia section for free, scoring points for correct answers and climbing a global leaderboard.

The prediction game will allow users to predict the outcome of live esports match events such as “Why team gets the first kill in the match.” Players who predict correctly are eligible to win prizes totalling the equivalent value of the prize pool of the actual event or tournaments they are predicting.

Bart Barden, COO, Esports Technologies , said: “The esports market is a passionate, global community.Our goal with this app is to empower the community and provide an avenue for fans to immerse themselves and engage with major live events, like the International or MSI.

“Fans are now able to make real-time predictions as to what could happen next in the game, competing against fans across the globe.Simultaneously, fans may showcase their esports knowledge to rise to the top of a global leaderboard and earn great prizes while proving their knowledge and expertise.”

The Esports Games app was developed in partnership with the free-to-play (F2P) platform, Splash Tech.

As of this writing, players can answer trivia and make predictions on League of Legends, Dota 2, CS: GO, Overwatch, World of Warcraft, Rocket League, Call of Duty, Valorant, and Overwatch.

Esports is fertile ground for this type of content.Since all games are different, fans have a wide variety of scenarios to predict and compete with others..