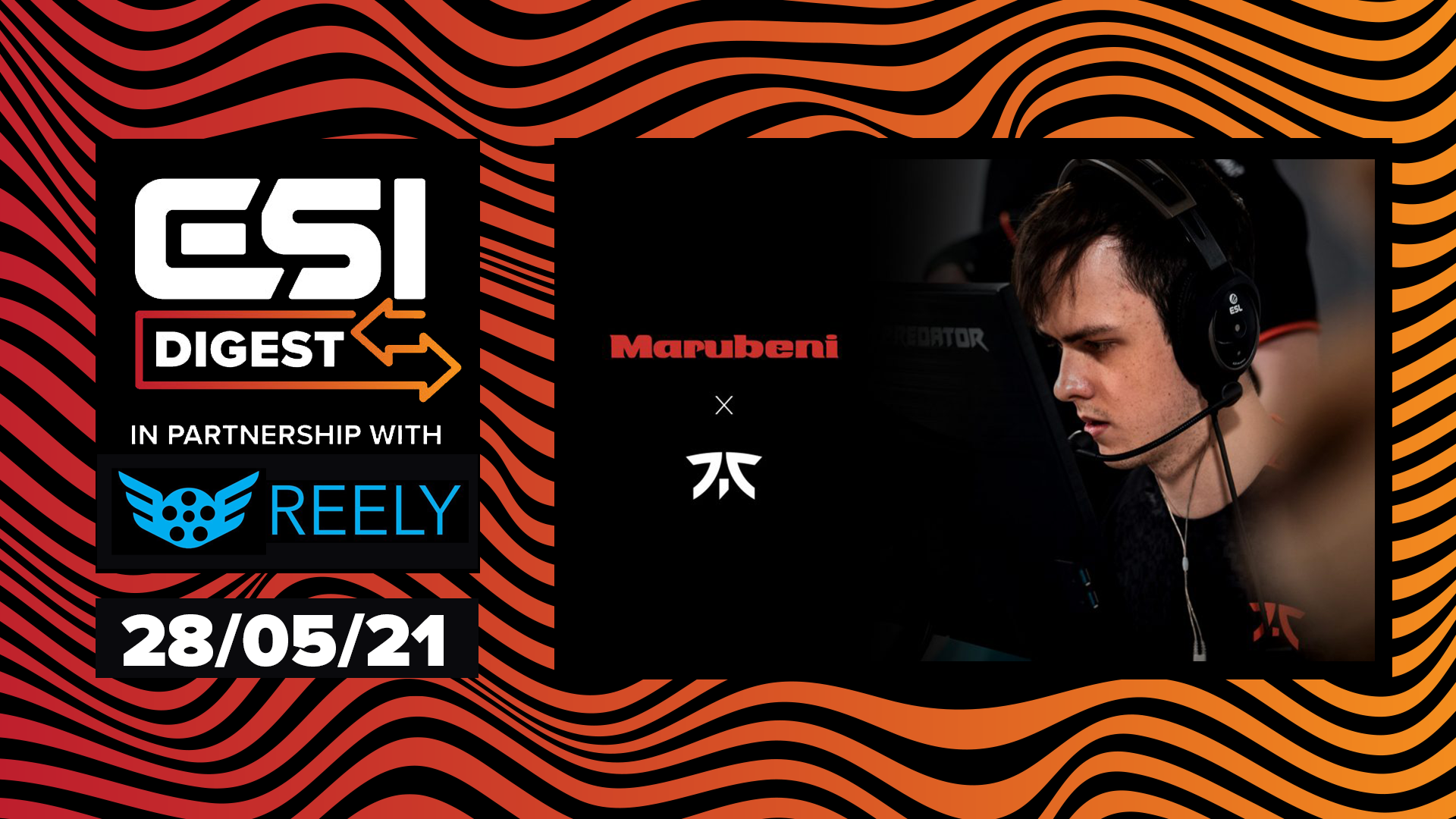 This edition of the ESI Digest is in partnership with REELY .Fnatic closes $17m funding round led by Marubeni

London-based esports organisation Fnatic announced that it has raised $17m (~£12m) in a new investment round led by the Japanese conglomerate, Marubeni Corporation.

The investment includes a strategic partnership between the two organisations that will support Fnatic’s expansion into the Japanese and Asia-Pacific esports markets.As a result of the funding round, Fnatic will relocate its Rainbow Six: Siege team to Japan.LCS Players Association announces new leadership team Credit: Riot Games

Moreover, the LCS PA’s new Board of Directors includes Stephen Ellis, the CEO of Pipeline, Theorycraft’s Founder & Partner, Lauren Gaba Flanagan, and Jason Docton, Rise Above the Disorder’s CEO, among others.

FlyQuest’s new logo looks to heavily lean into its ‘Showcase Greatness’ vision that was implemented in 2020.This saw FlyQuest launch its ‘Go Green’ initiative, which led to environmental campaigns such as TreeQuest, SeaQuest, WorldQuest, and BeeQuest being integrated into the organisation.

In his new role, Maguire will interact with fans across digital platforms alongside providing his ‘experience in traditional sports’ to apply it to an esports organisation.The defender will be paid through warrants that will enable him to purchase shares in Semper Fortis Esports after a 12-month period.

ESI Digest, in partnership with Reely.ai, is part of the ESI Podcast Network, a collection of podcasts encompassing the esports industry.For deep dives into the major areas of esports with subject matter experts, check out ESI Focus .For conversations with key personnel and major stakeholders in esports, ESI Insight is the series for you.TAGS.