HomeEsportsEsports’ popularity ‘only scratching the surface’ 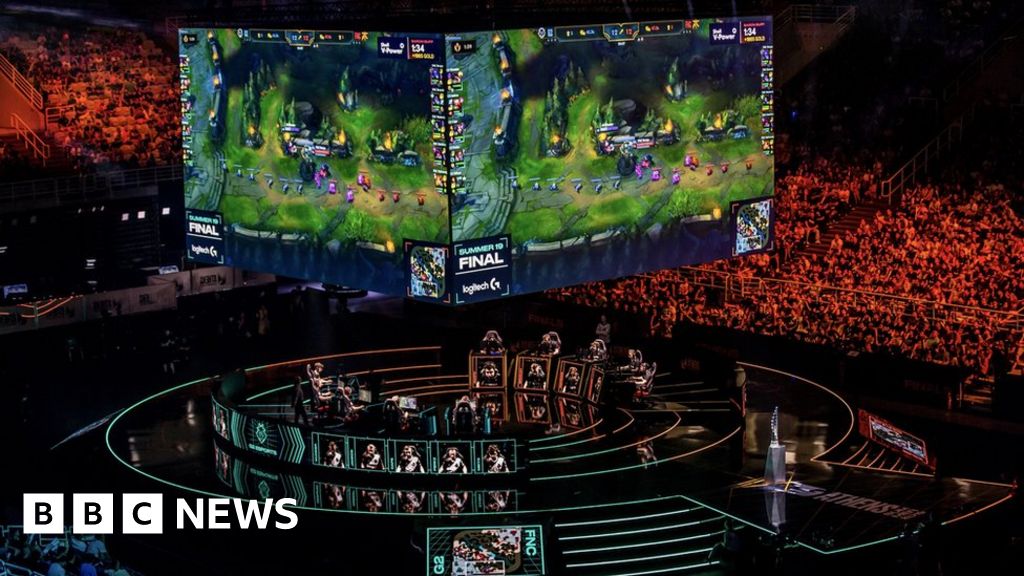 Esports’ popularity ‘only scratching the surface’

Esports’ popularity ‘only scratching the surface’ 12 mins ago

For some, it may seem like esports – competitive gaming broadcast live to millions across the world – came from nowhere.

In truth, however, it’s been around much longer than you’d think, with the first organised event thought to have taken place way back in 1972 in the US.

Now with gamers regularly playing for millions in prize money to big audiences, and talk of younger fans losing interest in traditional sports , one esports boss says it’s time for the old guard to take note.

“If traditional companies don’t understand why video games are the largest entertainment industry in the world right now, then there has to be a shift,” says Carlos Rodriguez, CEO and founder of G2 Esports.

G2 have been crowned European League of Legends champions eight times and compete in games like Fortnite, Rainbow 6 and Counter Strike.

The team has more than a million followers on Instagram.

Carlos believes esports teams do a better job of creating online content to keep young fans entertained and engaged with their brands compared to traditional sports.

Those new things range from reality TV shows to live streams , digital videos and comic books.Esports teams are reliant on using modern media techniques to keep interacting with fans – and it seems to be working.

Carlos says traditional sports are too reliant on big stars.

“If you get LeBron James tomorrow as a player, you don’t have to create a single piece of content about your team.

“You will automatically sell millions of jerseys.Period.

“We very often get compared with traditional sports teams, and I think that comparison does a disservice to what an esports organisation really is about.”

Naturally Carlos, as the boss of an esports team, would speak passionately about the work his industry is doing, and it’s true that esports has been growing consistently in recent years.

More than 100 million people worldwide watch the Super Bowl each year , the Premier League sold its television rights for more than four billion pounds in 2018 and the UK stands still on Wimbledon finals day.

Some traditional sports like boxing are adapting to appeal to new fans by investing heavily in digital content for people to watch.

We’ve seen major promoters working alongside YouTube stars like Jake Paul to introduce a new generation of fans into the sport .

Carlos is adamant that football and basketball teams need to adapt to how a whole new generation of sports fans have grown up “watching YouTubers, and pro-players in front of their eyes.”

“If traditional companies don’t understand how the new audiences relate to content, if they don’t understand why video games are the largest entertainment industry in the world right now, there has to be a shift,” he says.

“It’s a matter of time, right? But the longer the traditional sports industry waits to adapt, the tougher it’s going to be to upgrade and update themselves.”

The League of Legends World Championship final in 2019 was watched by a peak of four million viewers.

That is less than many major annual traditional sporting event but the trend shows esports audiences are increasing.

The growth in popularity is the result of many decades of hard work.

“Sometimes, the industry felt overhyped,” Carlos says, adding that it’s now here to stay and will eventually be as mainstream as sports like football.

“We’re only scratching the surface.

“Would you say that a sport like football has reached maximum capacity because everybody knows about it? Yes.Is that necessarily bad? No.

But definitely, everybody knows it exists.We’ll get into that point with esports at some point in time.” More from Press X to continue .