HomeEsportsTop LATAM and Brazilian esports business developments in May 2021 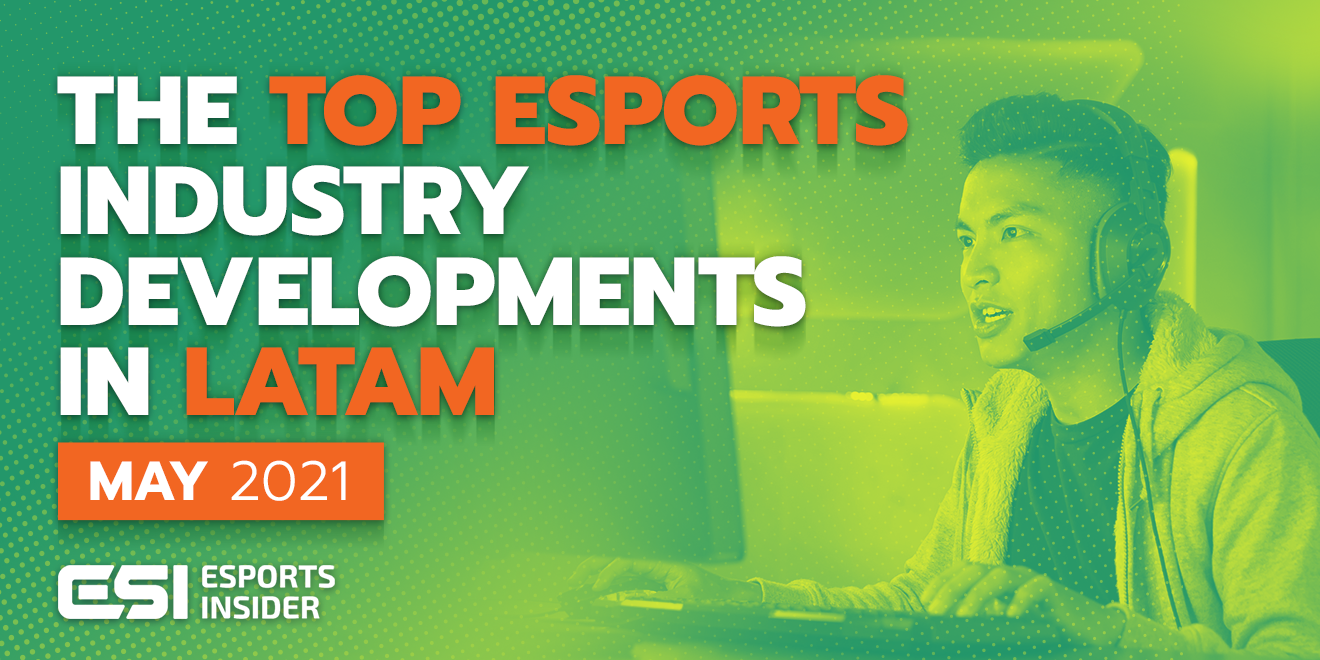 Top LATAM and Brazilian esports business developments in May 2021

Brazilian’s Free Fire Independent League NFA announced NFA LATAM , the first international expansion of the brand.The championship will be held in the same rules format as the Brazilian version of NFA.

NFA LATAM will be broadcasted live for Argentina and México through NFA’s channel in BOOYAH! , Garena’s streaming platform.

Through this partnership, fans can anticipate international cross collaborations, including content and activations across BetwayTV, the bookmaker’s streaming platform.Moreover, FURIA will receive access to Betway’s partners in Brazil and globally.

Betway will replace Ontario-based bookmaker Rivalry as the team’s official betting partner.The two had partnered initially in January 2020 as Rivalry made an aggressive move into the LATAM market.

Brazilian organisation LOUD announced the launch of its new fashion division in partnership with PIET, the brand of famed Brazilian stylist Pedro Andrade .

By invitation from LOUD, Andrade has become the Creative Director of LOUD Apparel , which includes the development of a collection for the organisation.He has previously collaborated with Nike, Rider, NBA, Budweiser, Start and Champion.LOUD’s fashion division launched with a commemorative edition shirt that was made available on its website beginning May 15th.New pieces in the collection will be announced beginning in June.

Brazilian bookmaker BetMais has announced a partnership with esports live-odds provider Oddin .As a part of the deal, BetMais will integrate Oddin’s iFrame solution into its platform.Oddin made the iFrame esports betting solution in collaboration with Polish bookmaker BetX.

Focusing on a variety of coverage, iFrame aims to have the highest number of live betting opportunities and the highest uptime available.The reveal of the solution came just a week after Oddin received major funding from a group of investors.

Brazilian Fortnite content creator João ‘Flakes Power’ Sampaio announced the foundation of HeroBase , an esports and content creation organisation, in partnership with Brazilian bank Itaú Unibanco and sponsored by gaming gear brand AORUS .The HeroBase mansion, located in Joinville, Santa Catarina, will house Sampaio and other content creators who play Fortnite.This is the first esports partnership for Itaú Unibanco, which will create customised environments in the mansion.In addition, AORUS will provide gear for the game room.

The organisation will initially focus only on Fortnite and its competitive scene, alongside content creation.

However, in a press conference attended by Esports Insider, Sampaio talked about moving into other esports categories later on.Read more of the story here.Garena and 3C Gaming announce Latin America Clash 2021 Credit: Garena and 3C Gaming

Latin America Clash took place from May 10-14th and was streamed across multiple influencer channels, including Garena’s own BOOYAH! site.The tournament, organised by 3C Gaming, included 48 teams, 12 from each region, competing for a total prize of $25,000 (~£17,689).

LOUD now counts energy drink Fusion, Discord, Twitch and Itaú Unibanco as its sponsors.Besides the sponsors, the organisation also has an apparel partnership with PIET, the design brand by Brazilian stylist Pedro Andrade.

First announced in February, VCT Game Changers is a new VALORANT programme that focuses on creating opportunities and exposure for women and other marginalised genders.

Read more of the story here..