HomeEsportsWePlay Esports to launch its first NFTs on Binance 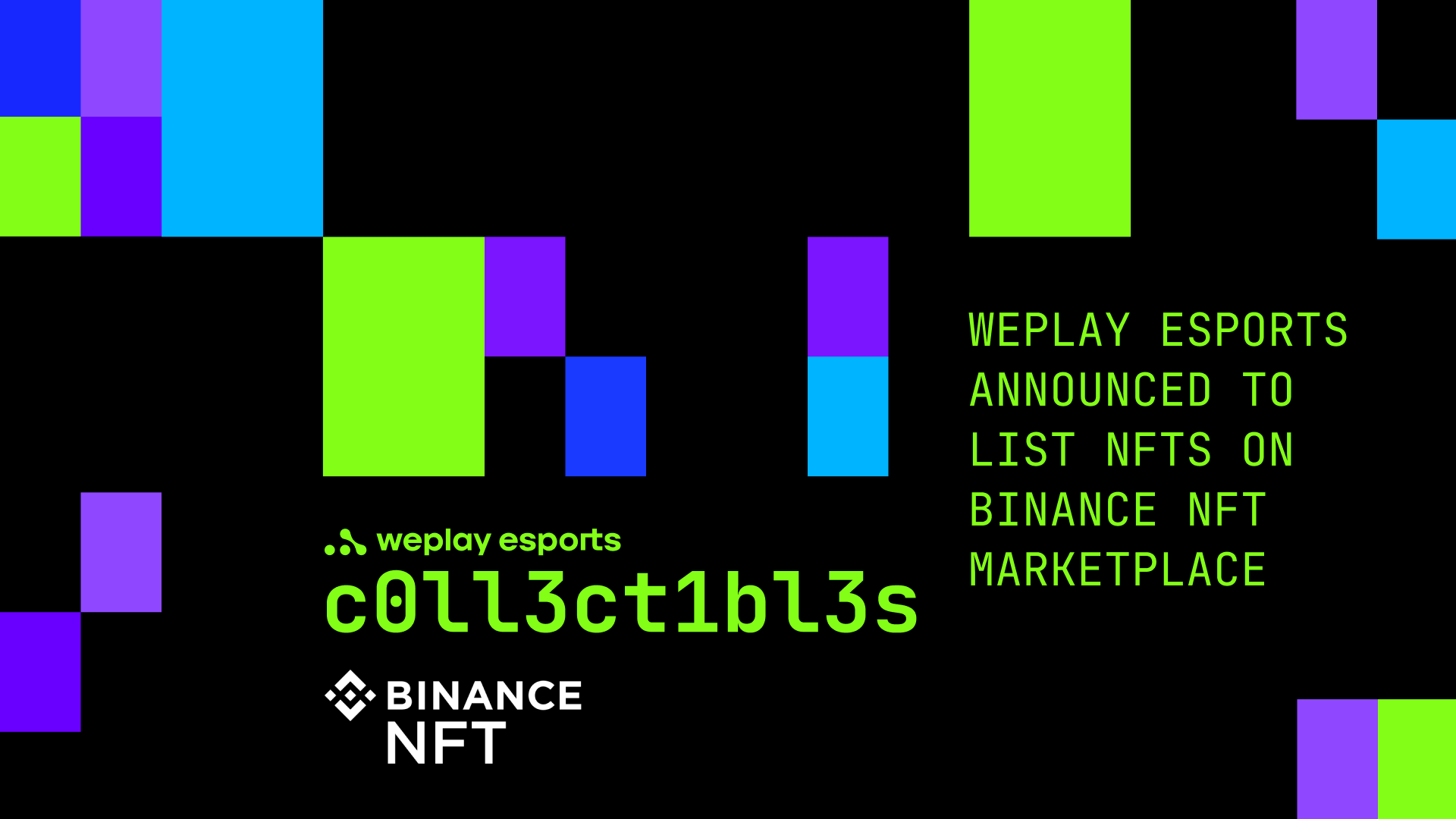 WePlay Esports to launch its first NFTs on Binance

WePlay Esports to launch its first NFTs on Binance By – June 2, 2021

Esports media holding company WePlay Esports has announced that the first of its non-fungible tokens (NFT) will launch exclusively on the new Binance NFT marketplace .

The Storyline collection of WePlay Collectibles (stylised as ‘c0ll3ct1bl3s’) will be auctioned on Binance as part of the ‘100 creators’ campaign, timed to coincide with the launch of Binance’s new marketplace in June.Image credit: WePlay Esports

These NFTs will become part of the WePlay Esports ecosystem.WePlay Collectibles will consist of digital memorabilia that represent specific tournaments.

The Storyline collection will offer three kinds of tokens: Logo token: a static or animated logo of the tournament.Trophy token: Image of the keepsake in a static or animated format.Story token: Depicting the most ‘memorable parts of our unique stories’, collected over the years that WePlay has organised tournaments.

The Logo and Trophy tokens within the collection will come in Common, Rare, and Ultimate versions.

Yura Lazebnikov, Managing Partner of WePlay Esports commented on the announcement: “We recognize NFTs as a cutting-edge way to bring the esports community together while providing a new level of interaction that is unique and valuable.

We believe esports is booming not just because it’s entertaining and spectacular in and of itself, but also because it resonates with the digital trends.

“WePlay Collectibles are a fun way for fans to connect with their favorite players and obtain one-of-a-kind esports memorabilia to capture and immortalize our tournaments.”

Helen Hai, the Head of Binance NFT , added: “Over the past few years, esports has grown from a small niche market to a real industry with a multi-million audience worldwide.

We believe the NFT marketplace with the fastest and cheapest solutions powered by Binance blockchain infrastructure and community will be a useful and disruptive innovation for the esports industry.”

Esports Insider says: NFTs are a blazing trend that is spreading to all corners of the esports industry.

If successful, these tokens will offer organisations a unique way to raise funds whilst rewarding fans with a potential return on investment.WePlay is the latest in a line of NFT announcements coming across our desks at ESI, and we are watching the developments with piqued interest..