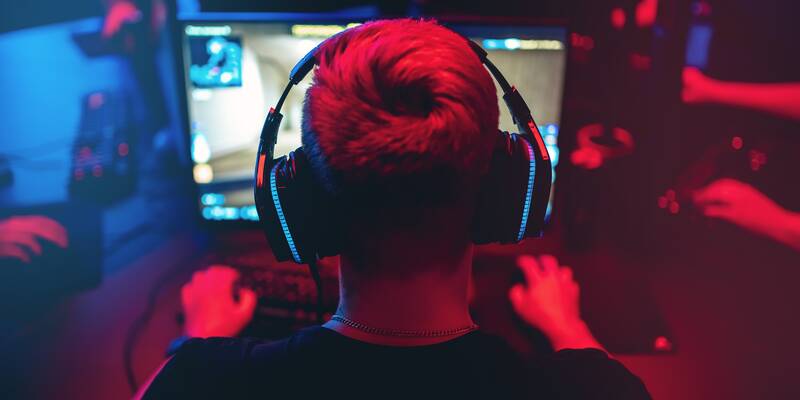 A look inside the University of Portsmouth’s new Esports Coaching & Performance degree By – June 11, 2021

Last week a new esports degree course was announced in the UK.‘ Esports Coaching & Performance ’ is a new BSc undergraduate degree at the University of Portsmouth , and was created through a partnership between the university and IFoEC , the education partner of The International Federation of Esports Coaches .The course will be delivered via distance learning and begins this September.This is the UK’s first esports coaching/performance degree.Image credit: University of Portsmouth

Last month Patrick Walker, writing for Esports Insider , posed the question: are generic esports degrees worth students’ time and money? The focus was on UK universities.

Esports degrees — particularly in the UK — have received plenty of fair backlash in recent years.IFoEC and University of Portsmouth believe their course will be different, in part because of a unique specialisation in esports coaching and performance.

To learn more about the new course, Esports Insider spoke with Matt Watson, Head of Research, Learning and Development at IFoEC and former lecturer at the German Sports University in Cologne , and Mike Rayner, Associate Head, School of Sport, Health and Exercise Science at the University of Portsmouth.UK esports degrees: Mistakes and lessons

Droves of prospective employees, no matter their skill level, flock to esports job talk at the drop of a hat.It’s an industry that’s captured the imagination of thousands beginning their careers.

However, “you don’t get a job in esports, you get a job in events production, marketing, sales, whatever it is within the industry,” Mitsouko Anderson, Head of Campaign Management at Code Red Esports , told Esports Insider last month.

“You need to decide what role you want to have.”

Dominic Sacco recently analysed in great depth the UK’s first esports degree for Esports News UK.Clearly mistakes have been made by institutions in the last three years.This has led many to lambast generic esports degrees.“People fall into a trap of thinking esports is a different industry to any other,” Code Red’s Anderson said in May.“I don’t think in any other industry you’d have the question of ‘should sports degrees be a thing?’”

Given that esports is so diverse — much like any other industry — general degree courses face inherent challenges.The University of Portsmouth’s Mike Rayner acknowledges these flaws.

“A lot of the criticism of the esports courses that exist around the UK specifically have been focused on that generalisation of the programmes.

There have been a lot of developments of esports programmes, but they’ve often been kind of bunched together with other modules and programmes to create an esports title, rather than necessarily understanding the dynamic of the esports industry.Or specifically, where we’re coming from, which is the esports coaching sector.

“That was one of our questions for concern: if we’re going to look at course design, it has to be not only fit for purpose — actually upskilling individuals, and complementing the industry sector — but also that students are getting experience within that sector, what we define as the vocationality of the course, so that when they complete the course — and this is the important thing for us from a university perspective — they have graduate capabilities, that are not only usable in the esports industry but also are classed as ‘graduate skill sets’ that are applicable in a wider range of industry sectors.”

Whilst IFoEC and the University of Portsmouth are aware of the concerns raised about esports degrees, Matt Watson highlighted that the degree is a response to interactions with esports coaches and staff looking to pursue a career in the field.“[The course] was partly motivated by my own discussions with esports coaches who work in the industry, the self-organisation of their development, their desire to find ways of upskilling in coaching … at the moment there isn’t much structure for them and many are actively looking for ways to establish themselves and legitimise their role.

“Equally, we want those working in the industry to be aware of their responsibilities for keeping others safe and feeling confident in their abilities to do that.That motivated the idea of putting together an educational pathway for coaches, which is underpinned by clear safeguarding practices and research skills.” Legitimising esports coaching

There will inevitably be overlap, but the psychological aspect of esports is clear to IFoEC and the University of Portsmouth, and has informed the course’s design.

“The process of applied sport psychology mirrors the process of esports coaching fairly well,” Watson said.“You see what players’ needs are, you consider how you as a coach can best respond to those needs to facilitate the team towards a goal, and then you engage in the coaching.

The game-specific knowledge has to be there as well, but all the methods around assessing needs for different players, establishing the goal, this aligns well with sport psychology.

So we’re drawing heavily from that, for sure, and the University of Portsmouth has renowned expertise in this area.

“For example in the second year, we have the module ‘Applied Esports Coaching’.Students will be familiar with the landscape of esports and esports performance, and they’ll get the chance to go out there and observe, assist or support an esports coach or performance staff member, and engage in applied fieldwork.They’ll be able to see how the theories and models of coaching and performance hold up in an esports context.

That’s how we’re trying to bridge that gap between research and practice in this new domain.”