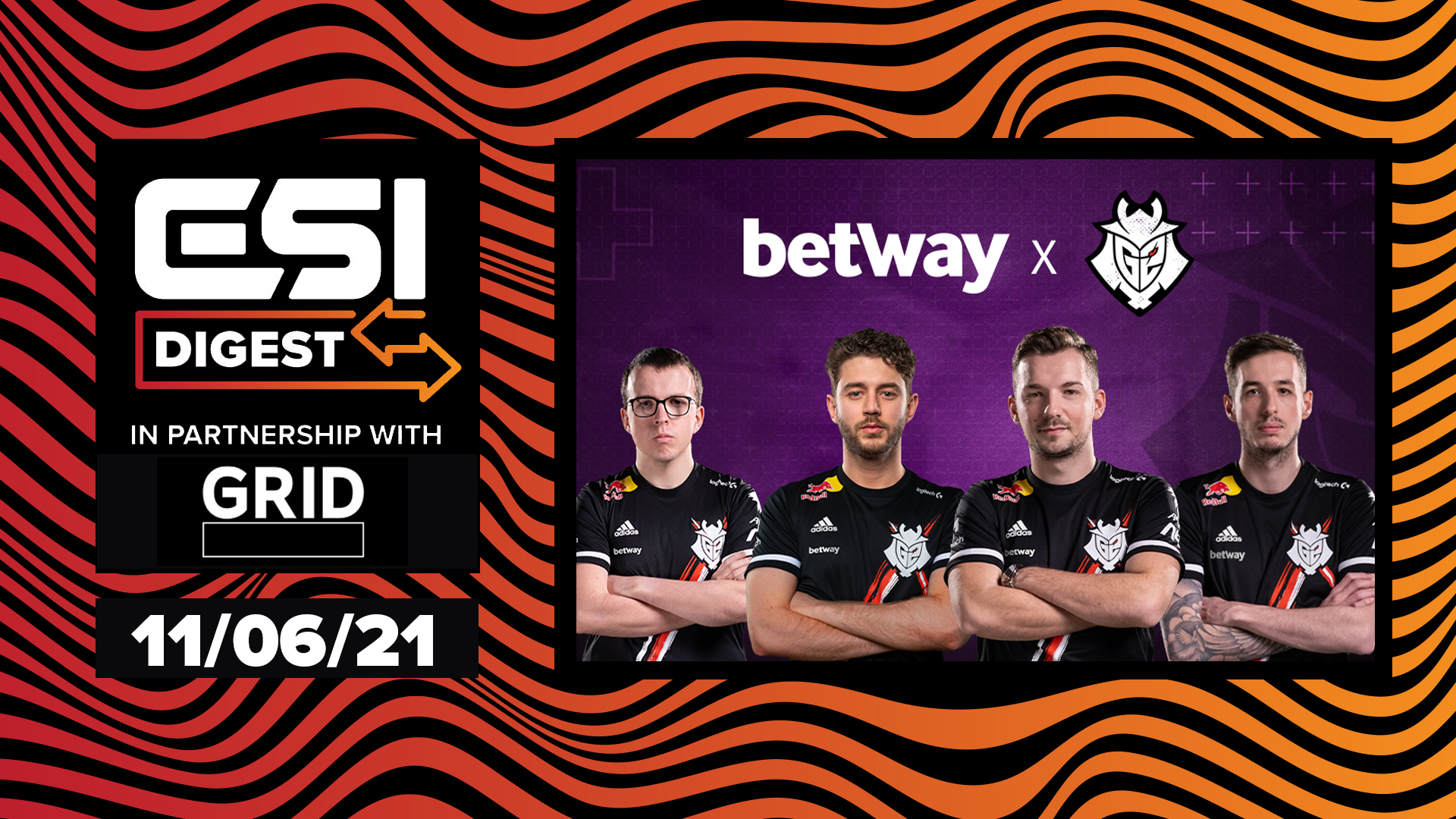 This edition of the ESI Digest is in partnership with GRID Esports .Exclusive: Betway and G2 Esports team up in ‘next level’ partnership

According to a release, the two-year agreement will see Betway and G2 Esports collaborate on a series of fan-focused promotions focused on ‘encouraging growth across multiple channels’.This includes conducting and co-creating show matches, live streams, fan activations, giveaways, and a variety of other video content.BLAST partners with Fortnite to produce FNCS All-Star Showdown Credit: BLAST

The event is set to commence on June 23rd and features a $3m (£∼2.12m) prize pool.The All-Star Showdown will mark the halfway stage of the 2021 Fortnite Champion Series (FNCS).LCO naming rights deal with DoorDash Credit: LCO

The league, which is operated by ESL Australia, will now be known as the DoorDash League Of Legends Circuit Oceania (DoorDash LCO) for the remainder of 2021.Fnatic COO Glen Calvert announces departure

Glen Calvert has announced that he has stepped down as the Chief Operating Officer (COO) of European esports organisation Fnatic.

The announcement was made by Calvert, via a LinkedIn post, on Friday.

The studio will be used for branded content creation, production and live broadcasts in the MENA region.According to the release, the studio was designed to ‘deliver outstanding esports and gaming content for regional and global audiences’.

ESI Digest, in partnership with GRID Esports, is part of the ESI Podcast Network, a collection of podcasts encompassing the esports industry.For deep dives into the major areas of esports with subject matter experts, check out ESI Focus .For conversations with key personnel and major stakeholders in esports, ESI Insight is the series for you.TAGS .