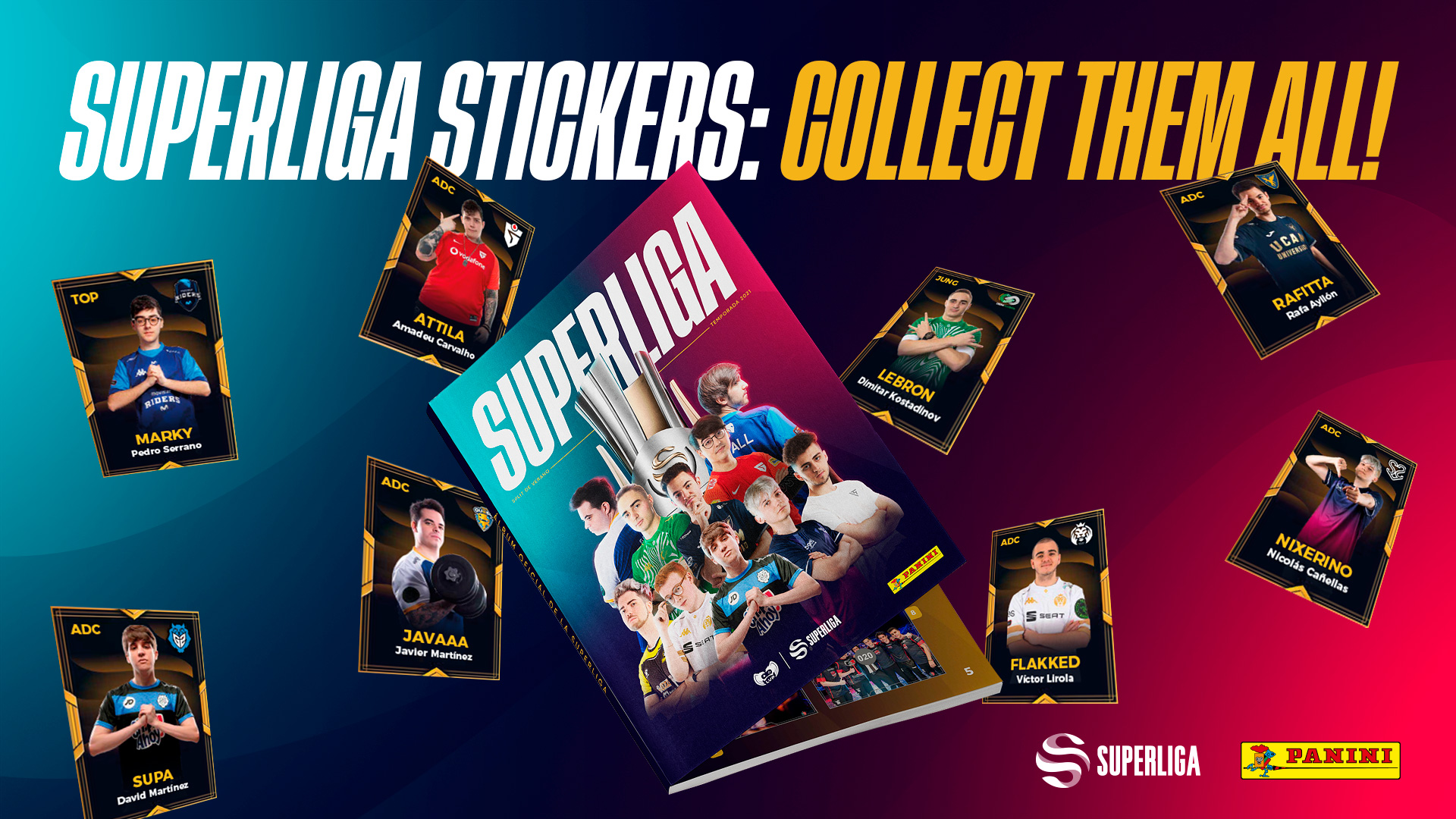 Sticker and trading card company Panini has announced the release of a digital Superliga sticker album in collaboration with tournament organiser LVP .

The Superliga album will include pages of the teams that will be participating in the League of Legends Spanish European regional league (ERL).The sticker album will feature players and coaches, as well as the shields of the teams, their kits, or the stadiums from where they play the matches.Image credit: LVP

Fans who complete the album will gain the opportunity to purchase a physical version.

According to the release, this will be the first time that Panini has released a dedicated esports sticker album.

Jordi Soler, CEO of LVP, commented : “The launch of the Superliga album is a spectacular milestone for esports.From LVP we are proud to spearhead the initiative together with the absolute benchmark in the sector, Panini, and to present this novel feature we’re sure will delight our community.We are convinced that this launch is just the beginning of much more we’ll be seeing in the coming years”

The sticker album will also include a section about the history of the Superliga, two commentator pages, and features on players from the current Superliga or the old Honor Division.Fans can also take a sneak peek at the new Superliga trophy in the 2021 summer edition.

Panini was first associated with esports in 2019 after partnering with compLexity Gaming.Earlier this year, LVP announced collaborations with Mangum, the VALORANT Champions Tour and Mahou 0,0 Tostada.

Esports Insider says: Panini has been steadily building its reputation within the esports industry.

Partnering with LVP for a Superliga digital album has the potential of becoming a commercial success, especially amongst younger fans.