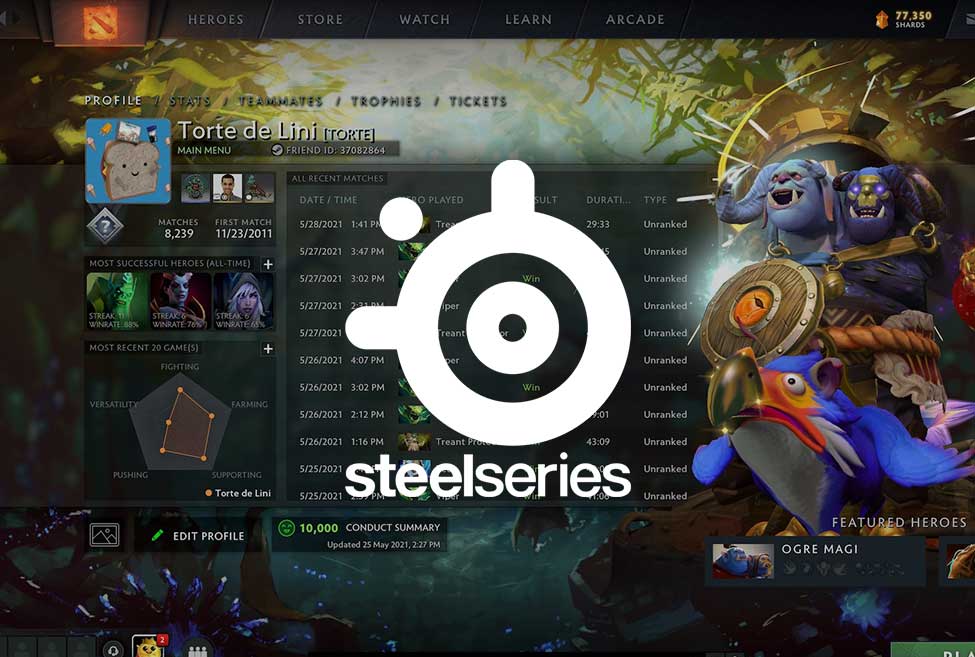 Cohen’s Standard Hero Guides Project , which he has created and updated for eight years, will now be branded as official SteelSeries guides.The partnership will also provide video tutorials, event coverage, and game analysis coming from the Cohen’s Torte de Lini brand.Financial terms of the deal were not disclosed.Image credit: Steam

Hero Guides are unique to Dota 2.It is an in-game assistant system for players, written by players, to help them understand and best utilise all 119 different heroes in the game.Players can subscribe to specific guides to receive the most up-to-date information.Torte de Lini Dota 2 Hero Guides have more than 450 million subscribers as of May 2021.

Cohen spoke about the partnership in a release: “I am excited to announce my partnership with SteelSeries! I’ve known of and been a fan of SteelSeries for most of my esports career and gaming life of the past decade.Now, my passion project inks a new chapter with them.”

On his blog, the creator added that SteelSeries has been involved with ‘many parts’ of his career, from his first gaming headset to sponsoring his favourite teams and players.

RELATED: Parimatch partners with UESF for CS:GO and Dota 2 tournaments

Cohen briefly shut down his Dota 2 guides in February of 2019 citing toxicity from the community.

Esports betting platform, Rivalry, reached out to propose a sponsorship arrangement and the guides project continued.Rivalry’s partnership resulted in the maintenance and update of all hero builds being available for free up until the end of February 2020.Despite the hiatus, Torte de Lini Hero Guides have been used in over 2.5 billion games of Dota 2 since 2013.

Now backed by SteelSeries, Cohen-Palacio stands to gain even more credibility among the Dota 2 community.In addition to rebranding, Torte de Lini Hero Guides will feature an in-client banner for the peripherals manufacturer.

“SteelSeries has been an active supporter of Dota 2 events, pro-teams and players for years,” Cohen-Palacio added.“I’m honoured to have my passion and work for Dota 2 directly trusted and supported by SteelSeries.” Esports Insider says: Gaming-related brands are always aiming to dive even more into community initiatives, and having SteelSeries supporting Dota 2 guides, shows the commitment of SteelSeries with good practices from the gaming community..