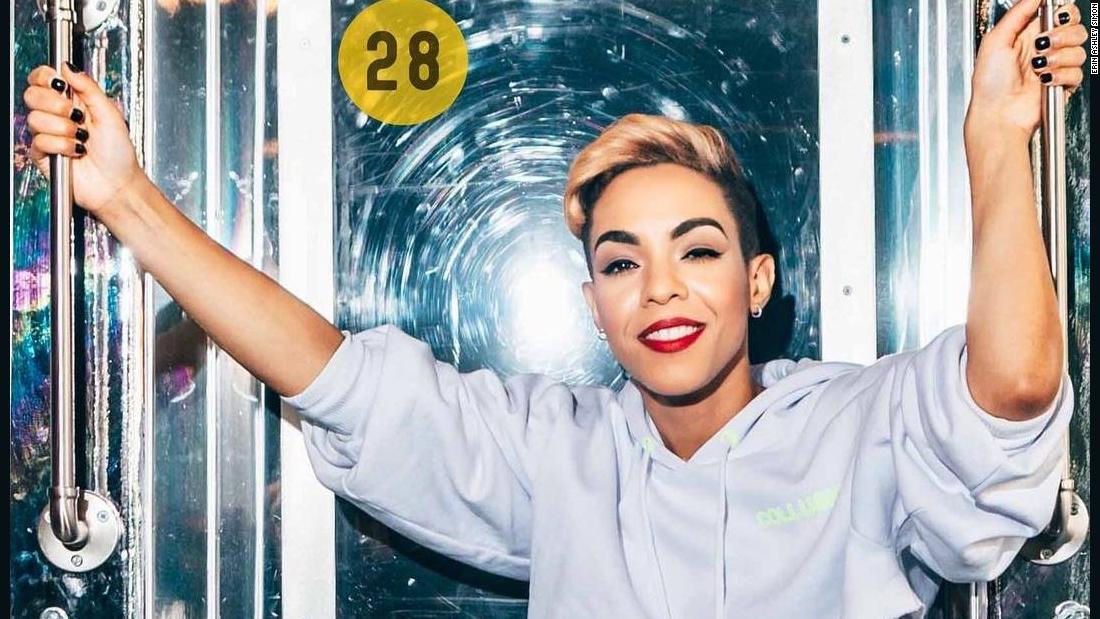 Welcome to Influenced, where we interview creators of all kinds about the gear they use to do their job — and their advice for aspiring influencers.This week, we caught up with gaming, entertainment and esports broadcaster Erin Ashley Simon about the gear that allowed her to keep hosting throughout the pandemic, and why you should always start with what you have handy.Here’s the cool stuff Erin Ashley Simon does – Entertainment and gaming broadcaster that has hosted for major networks such as VENN and Cheddar and creates content on Twitch and YouTube.- Has collaborated with brands including PUMA, Nike, Bacardi, Bleacher Report, Columbia Records, Forbes and Turtle Beach.- Co-owner of XSET, a new diversity-focused esports team that competes in titles like Call of Duty: Warzone, Fortnite and Rocket League.

Like a lot of content creators, Simon found herself scrambling for new equipment once the pandemic forced her to produce and host shows from home rather than in a studio.“I wish you could see behind my computer right now,” says Simon, discussing the intricate amount of wiring that keeps all of her gear — including staples like the Elgato Stream Deck and Sony A7 III camera — working properly.Here are the key gadgets that allow Simon to continue to host shows and collaborate with big brands all while at home, as well as her tips for those looking to get into the creator game.

Erin Ashley Simon’s favorite gadgets For working and gaming comfortably: Roccat Vulcan TKL Pro ($139, originally $159; amazon.com) Simon’s go-to-keyboard has been the Roccat Vulcan TKL Pro: a compact, tenkeyless mechanical gaming keyboard that fits her smaller hands well while being reliable for both everyday work and heated Call of Duty sessions.“I have super small hands, so that was really great for me,” says Simon on the Vulcan TKL Pro’s petite size.“And it’s also more comfortable, because it’s small enough for my desk that [I] can set it up [for] work.But then when I’m gaming, of course, I tilt it to the side a little bit because it’s more comfortable for my wrist and how I set up.” The Vulcan TKL Pro is a tenkeyless (TKL) keyboard, meaning it ditches the number pad in favor of a more sleek design that can fit easily into a home office or gaming den.Its key switches are rated to survive up to 100 million keystrokes (meaning it’ll last you years) and it features flashy customizable backlighting that you can sync up with other RGB devices.We personally love our Logitech G915 TKL for the many of the same reasons Simon swears by her Vulcan — these keyboards fit well into any setup, and offer satisfying, punchy feedback whether you’re typing emails or blasting aliens in the face.For easy audio mixing: GoXLR Mini ($199, originally $249; amazon.com) Simon is one of the many creators we’ve talked to that uses a GoXLR audio mixer, which provides an easy means of balancing multiple audio sources for high-quality podcasts, streams and videos.“Audio is always the biggest problem when it comes to broadcasting or anything,” says Simon.

“[The GoXLR Mini] helped me a lot, because it minimized the amount of work that I needed to do in preparation, whether it’s streaming or broadcasting.It already had its own program interface that allowed me to determine what was recorded, [and] what I would hear versus what the audience will hear and so forth.” Simon uses the GoXLR Mini model, a more compact, pared-down version of the $499 GoXLR that still gives you the key controls you need for balancing things like microphone volume, background music and game sound on the fly.

It has an onboard audio processing for making your voice sound extra professional, and lets you customize its RGB lighting and create multiple profiles via a companion app for Windows.For always sounding professional: Shure SM7B ($399; amazon.com) Even the best mixer in the world can’t fix a bad microphone, which is why Simon uses the Shure SM7B to sound as professional as possible during podcasts, videos and TV appearances.

“There’s never an issue in terms of my sound and being clear,” says Simon on the SM7B.“I could literally record an interview, and it’s so clear and crisp that I could turn it into a podcast if I wanted to.So it allowed me to do a lot more content.” A favorite among YouTubers, Twitch streamers, podcasters and even musicians, this premium mic is used by everyone from Conan O’Brien to Grammy-nominated rapper Logic.The mic’s cardioid pickup pattern (which records directly in front) is designed to reject unwanted background noise, and it includes a filter for removing unwanted breathing and “pop” sounds.

We tested the SM7B’s smaller sibling in the Shure MV7 on our quest to find the best microphones, and while we considered it to be overkill for most people, we did find it to have some of the richest vocal quality of any mic we tested.

Just for fun: Knockout City ($19.99; bestbuy.com) When Simon isn’t appearing on TV, hosting podcasts or running her esports team, she’s taking on all comers on the virtual dodgeball court.As both a gamer and an athlete, Knockout City has been scratching her competitive itch in a big way.“As a former D1 athlete, I’m very competitive.

But the thing I like about it is it’s competitive, but it’s [still] fun,” says Simon.“I’m competitive [in Call of Duty], but I sometimes get so annoyed because of all the cheaters.But Knockout City, it’s been so fun playing with my friends.” Available on PlayStation, Xbox, Nintendo Switch and PC, Knockout City is a three-on-three dodgeball game that puts a zany twist on the classic backyard contest with things like exploding balls and fancy trick shots.And while it’s easy to pick up and play (we’ve already put quite a few hours in), it also has an impressive amount of competitive depth for the esports crowd.

“When you first look at it, you’re like, oh, it’d still be pretty simple and easy, but literally timing is everything in that game,” says Simon.Pro tips When asked what advice she’d give to aspiring content creators, Simon echoed a refrain we’ve heard from many pros: start simple.“I think now, technology is so advanced that you don’t need to start out having this kind of mic or mixer.You could literally just do it with your phone and get more of a smaller mic,” says Simon, who started out with the $129 Blue Yeti — a relatively affordable USB mic that happens to be our pick for the best microphone you can buy.

“If you’re interested in doing broadcasting or podcasts, or any kind of streaming, that’s a really good mic to use.” Like many creators we’ve spoken to, Simon started with relatively basic gear (including broadcasting to Twitch right from her PlayStation) and upgraded over time as her needs warranted it.She recommends that most folks do the same — especially if they’re not sure how serious they’re looking to take their Twitch, YouTube or podcast game.“You don’t want to spend all this money if you’re not going to go forth and continue on with what you want to do,’ says Simon.“I still have followers and supporters who remember when I was streaming straight from the PS4 and they’re just like, ‘Oh my gosh, Erin, you graduated so much.’ But it was a progression, it was not overnight.Start up what you have, and then buy equipment that is cheaper, but the most efficient, and then you build on from there.”.