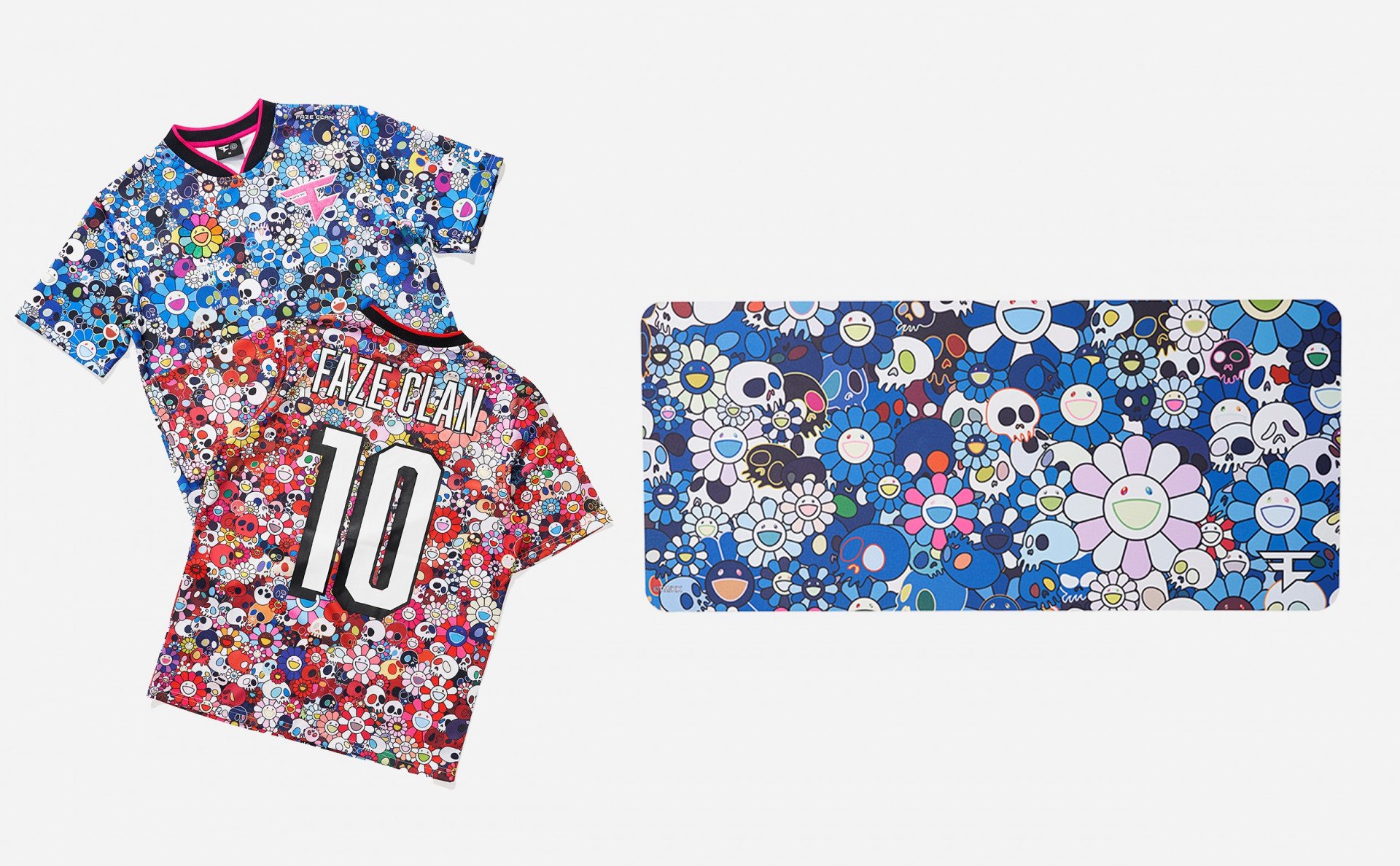 Murakami spoke on the partnership in a release: “When I was a university student, Warhol made paintings in collaboration with Basquiat and it was much talked about.For Warhol, who was past 50, to collaborate with Basquiat, the young superstar, seemed to me as though the former was sucking up to the youth, and I looked on feeling a bit sorry for him.

“Then, they both passed away.A little over a decade later, the once-incongruous collaborative paintings, which had seemed to feature the generational divide as the sales point, started to look very fresh, like an embodiment of the situation of their time.

I must now be older than Warhol then, and I suspect the members of FaZe Clan are younger than Basquiat was.”

Born in 1962, Murakami is the originator and proponent of the superflat theory, which reconstructs Japanese traditional paintings and the origin of Japanese contemporary art through visual premises of anime and manga.According to the release, this marks his first esports collaboration.

He added: “Some people may think our pairing rather incongruous, but in 30 years’ time, the meaning of this collaboration within art historical context will perhaps be reviewed and reassessed.And so, while I felt a bit shy about doing a collaboration with such young people, I went along with their request, trusting in the freshness of the landscape the future audience will see in this project.”

Alongside being featured on the front cover of Sports Illustrated, the North American organisation has announced collaborations with Seth Rogan, DC, and Microsoft.

Lee Trink, CEO of FaZe Clan , stated: “All of us at FaZe are humbled by Takashi Murakami’s decision to collaborate with us on this special project.To work with an iconoclast, visionary, and cultural seer is an honour.

“Myself and many members of FaZe have admired Takashi Murakami’s work and the impact he’s had on culture for years.We’re grateful that he has trusted us to shepherd his artwork into the gaming community, which we see as a historic moment for FaZe Clan and all of gaming.”

FaZe Clan sees ushering Murakami into the esports community as ‘a dream come true’ and rightfully so.Such a unique collaboration will only strengthen FaZe Clan’s image as a sought-after fashion and lifestyle brand within esports..