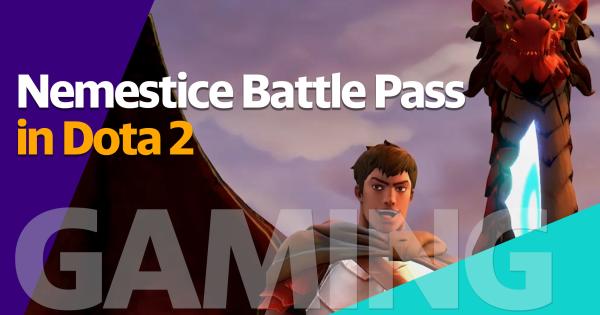 With the usual Battlepass for The International Dota 2 Championships already previously released, this year's Battlepass is slightly different.; Called the Nemestice Battepass, it's still full of goodies like hero taunts and Immortal Treasures, including a new persona for the Dragon Knight Davion, modelled after the character in the DOTA: Dragon's Blood anime released on Netflix earlier in the year.For more esports news updates, visit Twitter..