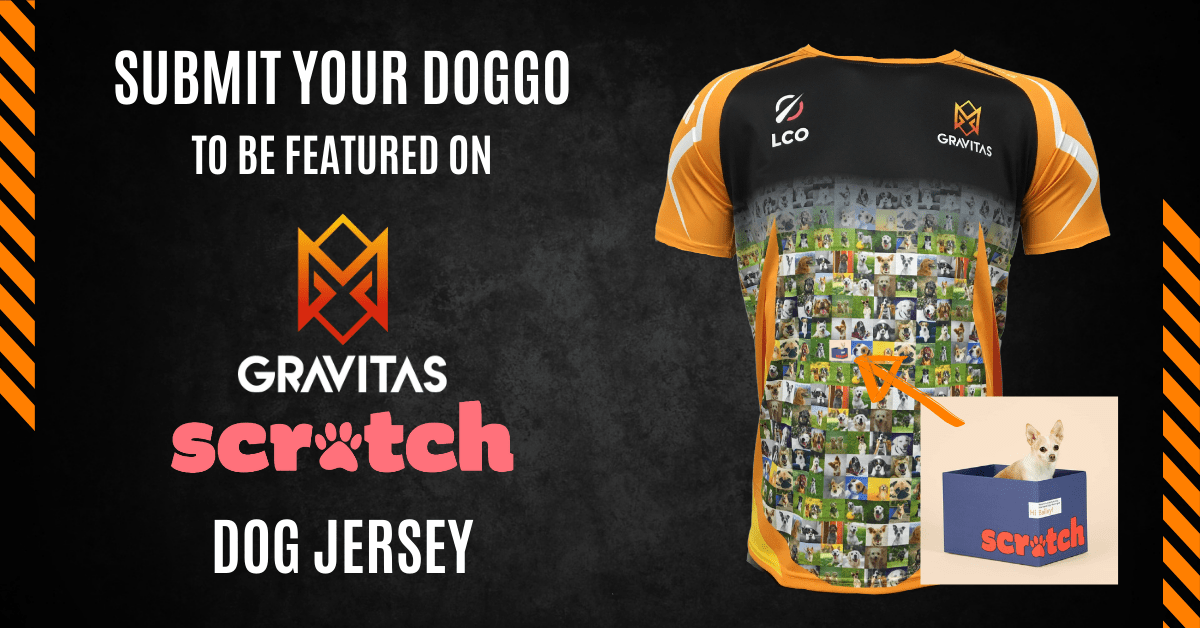 As part of the deal, Gravitas will launch the Gravitas Scratch Dog Jersey, an activation that allows fans to submit dog photos that could potentially be included on the teamâs jersey.Â

Sean Callanan , Gravitas Owner , spoke on the partnership in a release: âIâm really excited to work with Mike and the Scratch team.They are building a great business disrupting the pet food industry.Â I know esports fans love their pets.I know we are going to see some great dogs on the Gravitas Scratch Dog Jersey.âÂ

By entering the activation, fans will also get a chance to win various prizes such as two Gravitas Scratch Dog Jerseys, a $100 (~Â£72.33) Scratch voucher, a spot at the LCO watch party with Gravitas coaches Joseph Tselios and Kim Nicholls, and an opportunity to play 1v1 match with a Gravitas player of choice.Â

Moreover, those fans who enter the activation will be able to purchase the Gravitas Scratch Dog Jersey featuring their own pet dog, which comes with a $25 (~Â£18) pet food voucher.Â

Mike Halligan, Scratch Co-founder , commented: âWe didnât plan to partner with an esports team, but the Gravitas Scratch Dog Jersey is going to be really fun, and weâll take any excuse to bring dogs into things we love.Ready to see a lot of fur fans join Gravitas!âÂ

According to the release, the brand produces sustainably and locally sourced meat in fully recyclable packaging.Â

Esports Insider says: This is a unique and unexpected partnership by Gravitas, which might potentially help the organisation by bolstering its community engagement.The popularity of pets among all sorts of communities â esports included â is undeniable, therefore this activation will be presumably adored by many Gravitas dog-owner fans.Â