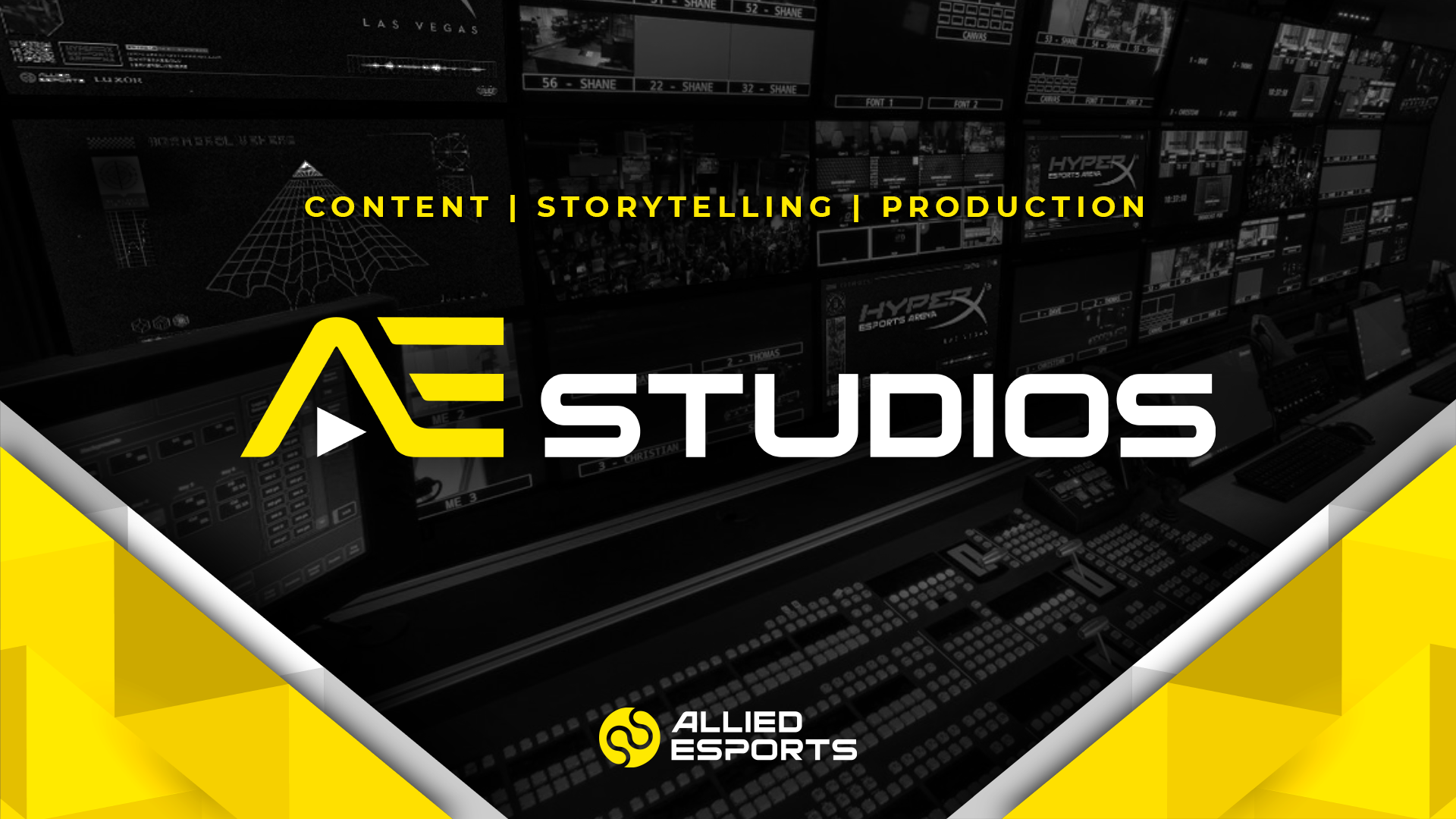 Esports entertainment company Allied Esports has announced the launch of its new content development, storytelling, and production services division AE Studios.According to the release, the new division will serve the firm’s partners in need of solutions outside of esports tournament operations and broadcasts.RELATED: ViewSonic to outfit Allied Esports’s HyperX Esports Arena Jud Hannigan, CEO of Allied Esports, spoke on the announcement in a release: “After years of parachuting into people’s lives through esports, we are in a prime position to serve our wide-ranging list of clients with creative solutions that tell an engaging narrative outside of pure gaming competition, with professional, experienced, digital-first production.“As the world continues to use content to reach ever-growing audiences, AE Studios has the potential, with its unique foundation, to be a leader in entertainment production for years to come.” The AE Studios’s first official project is the live production of interactive content series CelebriTee Showdown on the Twitch Sports channel.The series will feature well-known personalities competing in virtual golf courses, with streamers also participating from home on desktop or mobile versions of the game.The show is produced by Entertainment Executive Producer Damon Harman and hosted by Noor Jehangir, the host of Allied Esports’s weekly Mario Kart 8 Deluxe tournament, as well as Saturday Night Speedway at HyperX Esports Arena Las Vegas.The first season of CelebriTee Showdown will be broadcasted live on Tuesdays and Wednesdays at 5pm PDT through July 2021 exclusively on Twitch.

RELATED: Allied Esports strikes partnership with MuxIP Through the newly launched division, the company aims to leverage its experience in digital content creation and global production in eminent production facilities.This includes its HyperX Esports Arena Las Vegas and production studio in Hamburg, Germany.The Divison will help design and produce projects for clients of various industries, including gaming, entertainment, pop culture, music and sports.Esports Insider says: This is another step in levelling up Allied Esports’s content game, not only in the esports space but also in other sectors of the entertainments industry.It will be interesting to see what comes out of the firm’s new production division, given its vast experience in digital content creation..