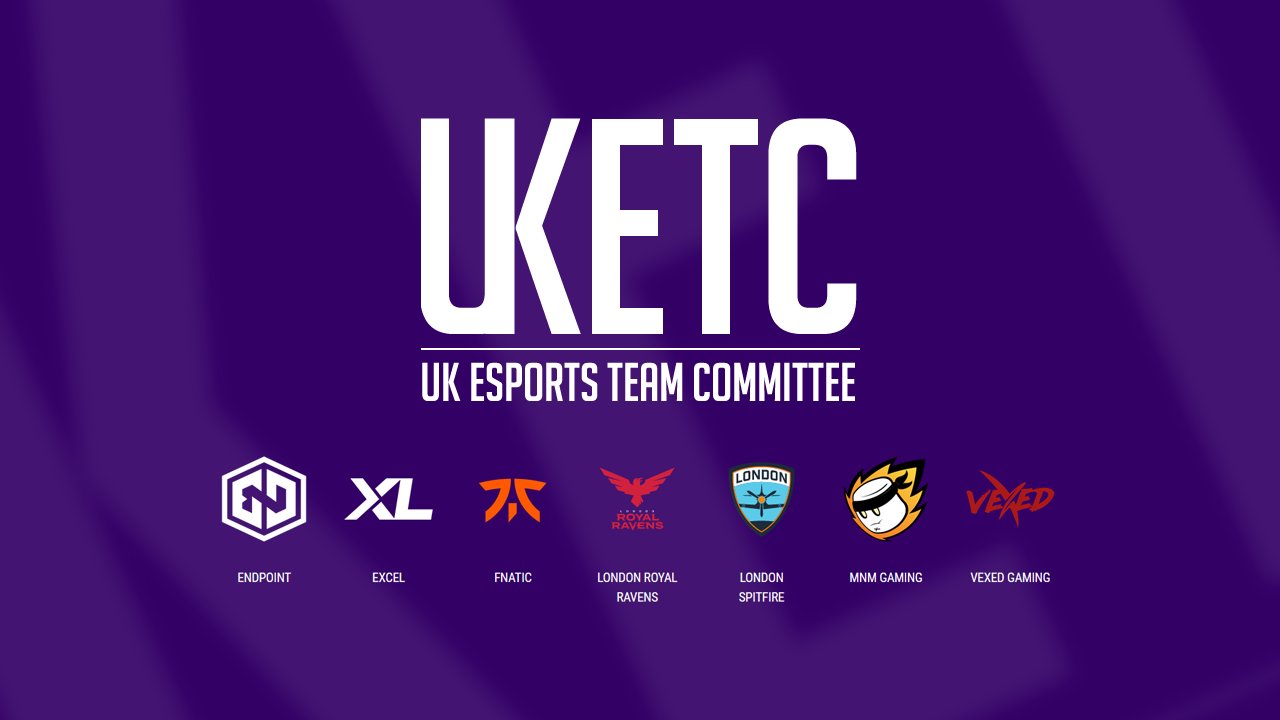 The UK Esports Team Committee (UKETC), a new independent committee formed by Endpoint, EXCEL ESPORTS, Fnatic, MNM Gaming, London Royal Ravens, London Spitfire and Vexed Gaming, has officially announced its launch today.As well as being formed by a range of UK-based esports organisations, UKETC will also be supported by the British Esports Association.RELATED: EXCEL ESPORTS raises €20m through investment round According to the release, the UKETC will look to act as a ‘collective voice’ for UK teams across industry discussions.This includes representing ‘views and interests to the wider UK esports and video games industries and to Government’ to encourage professionalism within the scene.News of an independent UK esports committee being launched was first reported by Dexerto last week after the UKETC’s official website was made available to the public.All of the esports organisations mentioned have been named UKETC founding members.

The announcement also stated that other teams will be able to join the committee should certain criteria be met.The criteria includes being a registered limited company in the UK, having a ‘respectable track record’ in esports competitions, and being at least three years old as a brand.In addition, new teams looking to join the UKETC must also demonstrate its contractual commitments to staff and players.It is also stated that ‘organisations who do not meet all requirements, but excel in a number of the stated requirements’, are encouraged to apply and they may be accepted.RELATED: British Basketball League announces partnership with Innovation Esports Some of the UKETC’s aims were also outlined during the announcement.Improving commercial opportunities for UK teams, establishing standards for professional UK esports teams in the UK, and making UKETC a voice that can be involved in conversations with esports bodies, were all goals revealed in the press release.

Despite supporting the committee, the British Esports Association has announced that the UKETC will not be a formal sub-committee under its banner.According to the release, this is expected to allow the UKETC to operate independently, whilst also allowing it to work collaboratively with British Esports.Esports Insider says: Whilst the introduction of a committee designed to support UK esports is positive, the absence of Guild is notable, even if the organisation doesn’t fit UKETC’s key criteria per the three-year minimum.Hopefully, creating a collective of esports organisations will help the UK scene further develop and support up-and-coming teams within the sector.The UKETC’s next moves will be fascinating and we’ll keep a close eye, especially given the fact that no concrete activations and plans have been revealed as of yet.ESI Podcasts | Digest, Focus, Insight.