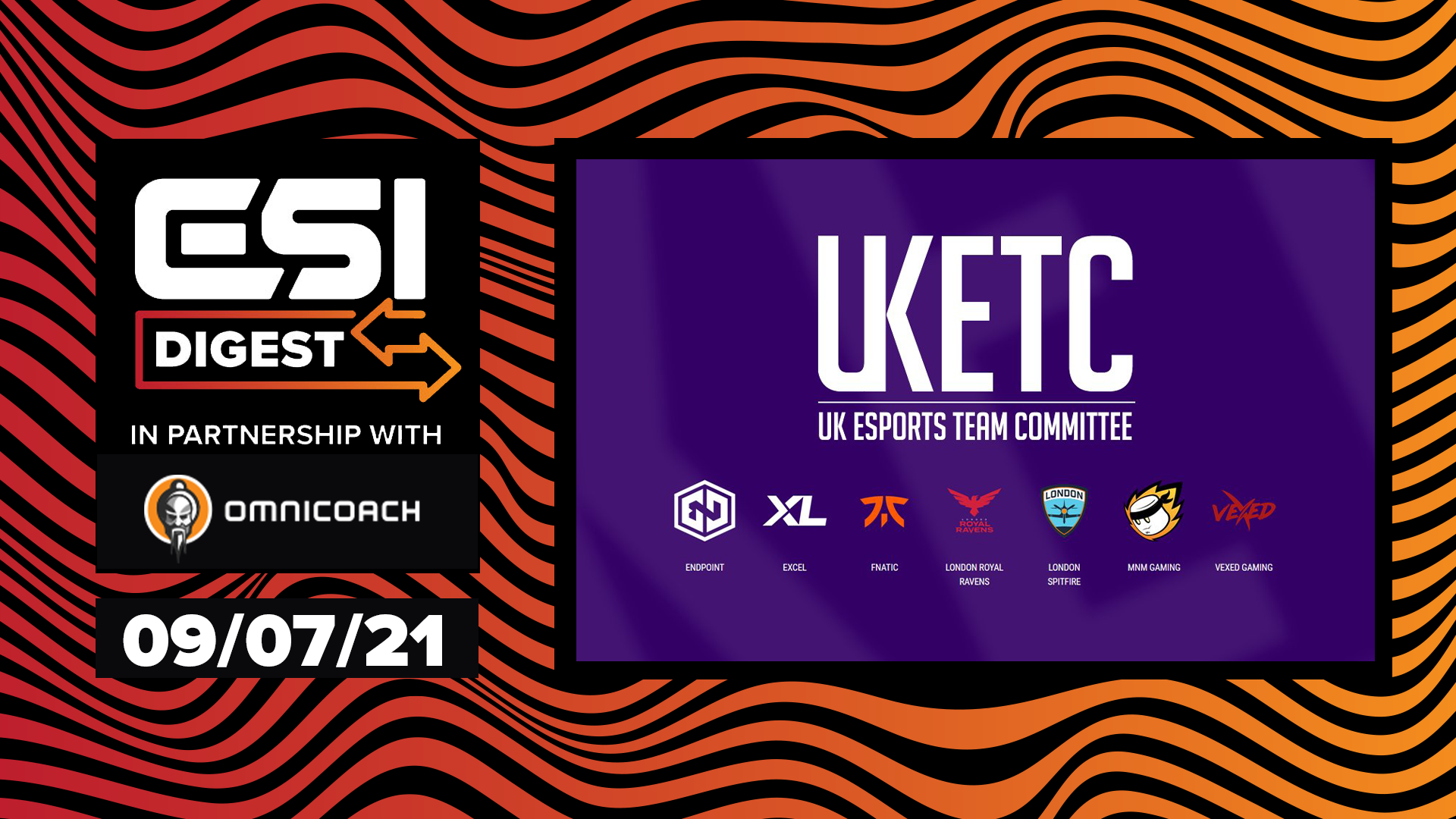 Each week, ESI Digest breaks down the weekly happenings in the esports industry, making sense of things so you don’t have to.As well as being housed on YouTube , ESI Digest is available on all major podcast platforms and is also available in written form below.On this week’s ESI Digest, we cover Dota 2’s The International being relocated; EXCEL, Endpoint, Fnatic, and more launching a UK esports committee; ESL Gaming’s Coinbase partnership; Tomas Lyckedal’s DreamHack departure; Nerd Street, NACE, CSL Esports and Mainline launching a collegiate league; plus Greg Kim joins CLG.This edition of the ESI Digest is in partnership with Omnicoach .[EXCEL, Endpoint, Fnatic, and more officially launch UK esports committee] The UK Esports Team Committee (UKETC), a new independent committee formed by Endpoint, EXCEL ESPORTS, Fnatic, MNM Gaming, London Royal Ravens, London Spitfire and Vexed Gaming, has officially announced its launch today.As well as being formed by a range of UK-based esports organisations, UKETC will also be supported by the British Esports Association.[Dota 2’s The International moved to Bucharest, Romania] Game publisher Valve has announced that Dota 2’s The International 10 (TI10) will be held in Bucharest, Romania in October.

The rescheduling comes after the Swedish Sports Federation voted not to accept esports into its federation, thus resulting in The International not being classified as an elite sporting event in the country.This meant that any visa applications would not be automatically approved for players outside of the EU.[ESL Gaming unveils partnership with Coinbase] Esports tournament organiser ESL Gaming has entered into a partnership with cryptocurrency platform Coinbase.The deal will see the platform become the official crypto exchange partner for ‘key ESL events’ for the remainder of 2021 and 2022.The collaboration will see both entities work together on ‘unique integrations’ that will appear across social media, digital media, and a range of other content.[DreamHack’s Tomas Lyckedal departs company after 12 years] DreamHack’s Chief Strategy Officer Tomas Lyckedal has announced his departure from the company after 12 years of service.Having joined DreamHack in 2009, Lyckedal oversaw the company’s expansion into new titles across multiple regions.

According to the release, this includes ‘maximising’ CLG’s business performance, launching growth initiatives, driving marketing partnerships, enhancing fan engagement, and ‘providing leadership in the evolving esports community’.ESI Digest, in partnership with https://hub.omnicoach.gg/case-study-detonator?utm_medium=referral&utm_source=esportinsider.com&utm_campaign=esi_site_poadcast_digest&utm_content=article_casestudy_digest2_end&utm_term=- , is part of the ESI Podcast Network, a collection of podcasts encompassing the esports industry.For deep dives into the major areas of esports with subject matter experts, check out ESI Focus .For conversations with key personnel and major stakeholders in esports, ESI Insight is the series for you..