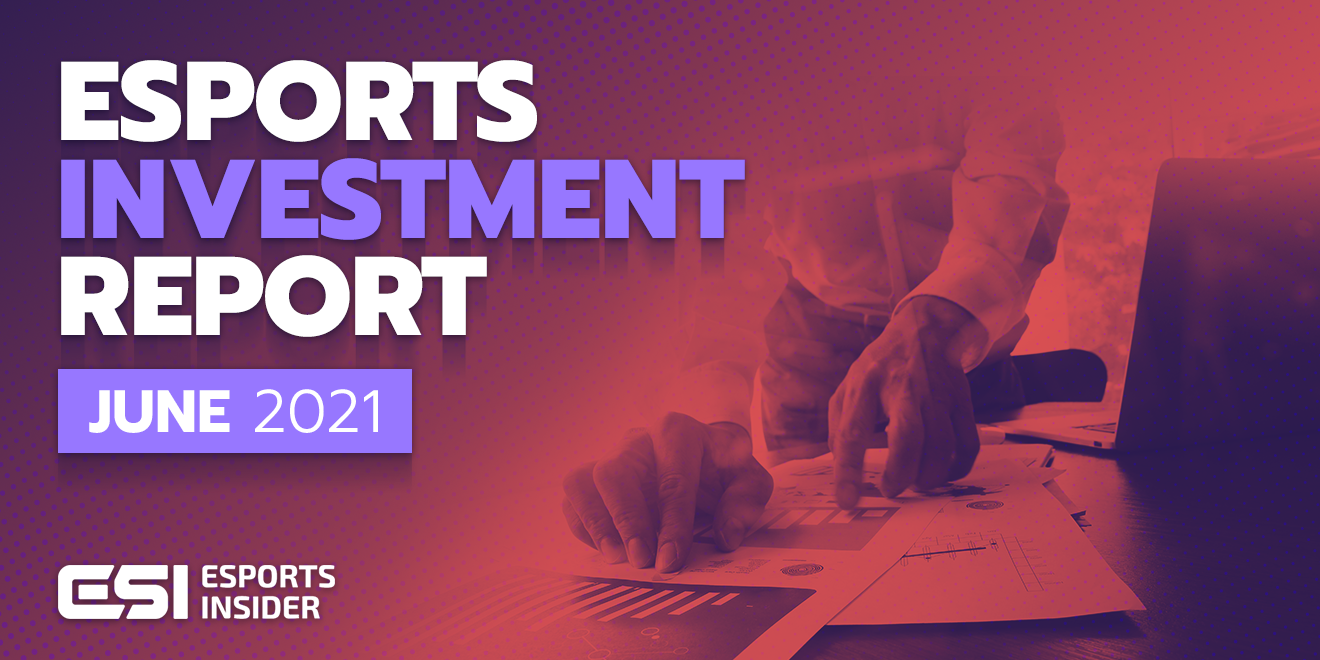 Investment news in June 2021 highlighted some major changes within the esports world, including everything from the introduction of a future LEC team or another esports organisation becoming publicly listed.Every month, Esports Insider compiles a list of the month’s key investment stories.To read more about a story below, click the link in the corresponding title.Before we jump into the rundown, The Clutch is back! The fifth edition of Esports Insider’s pitch investment competition which sees esports start-ups pitch live to a panel of judges, investors and an audience of industry delegates too, will take place as a part of ESI Digital Summer, across 8-9th September.Applications are open now, and you can find out more here .Spotlighted Story: Tencent’s Huya and Douyu merger blocked by Chinese regulator China’s State Administration for Market Regulation (SAMR) has officially blocked the planned merger of streaming services Huya and Douyu.The merger of the Tencent-backed services, which was first announced in October 2020, has been denied on ‘antitrust grounds’, according to a report by Reuters .

As a result of the merger no longer occurring, DouYu has terminated its $5.3bln Huya deal.[GameSquare Esports acquires Complexity Gaming for $27m] North American esports organisation Complexity Gaming has been acquired by GameSquare Esports, the parent company of esports agency Code Red Esports.The acquisition will cost a total of $27m (~ £19.5m) in an all-stock transaction.

As a result, Complexity’s current ownership group will become ‘major shareholders’ of GameSquare Esports.[Schalke 04 LEC spot sold to Team BDS for €26.5m] German football club Schalke 04 has completed the sale of its League of Legends European Championship (LEC) licence to Swiss esports organisation Team BDS.According to the announcement by Schalke 04 Esports, the spot will be sold at the end of the Summer Split 2021 for €26.5m (~£22.8m).The news about Schalke 04 potentially looking to sell its LEC spot were confirmed by the organisation earlier in February.

According to the release, the investment will aid the expansion of VSPN’s overseas business and the development of the company’s esports content matrix, VSPN+.

As part of the acquisition, Theorycraft’s Co-founders, Lauren Gaba Flanagan and Nathen McVittie, will be integrated into OneTeam.Find out more about ESI Digital Summer.