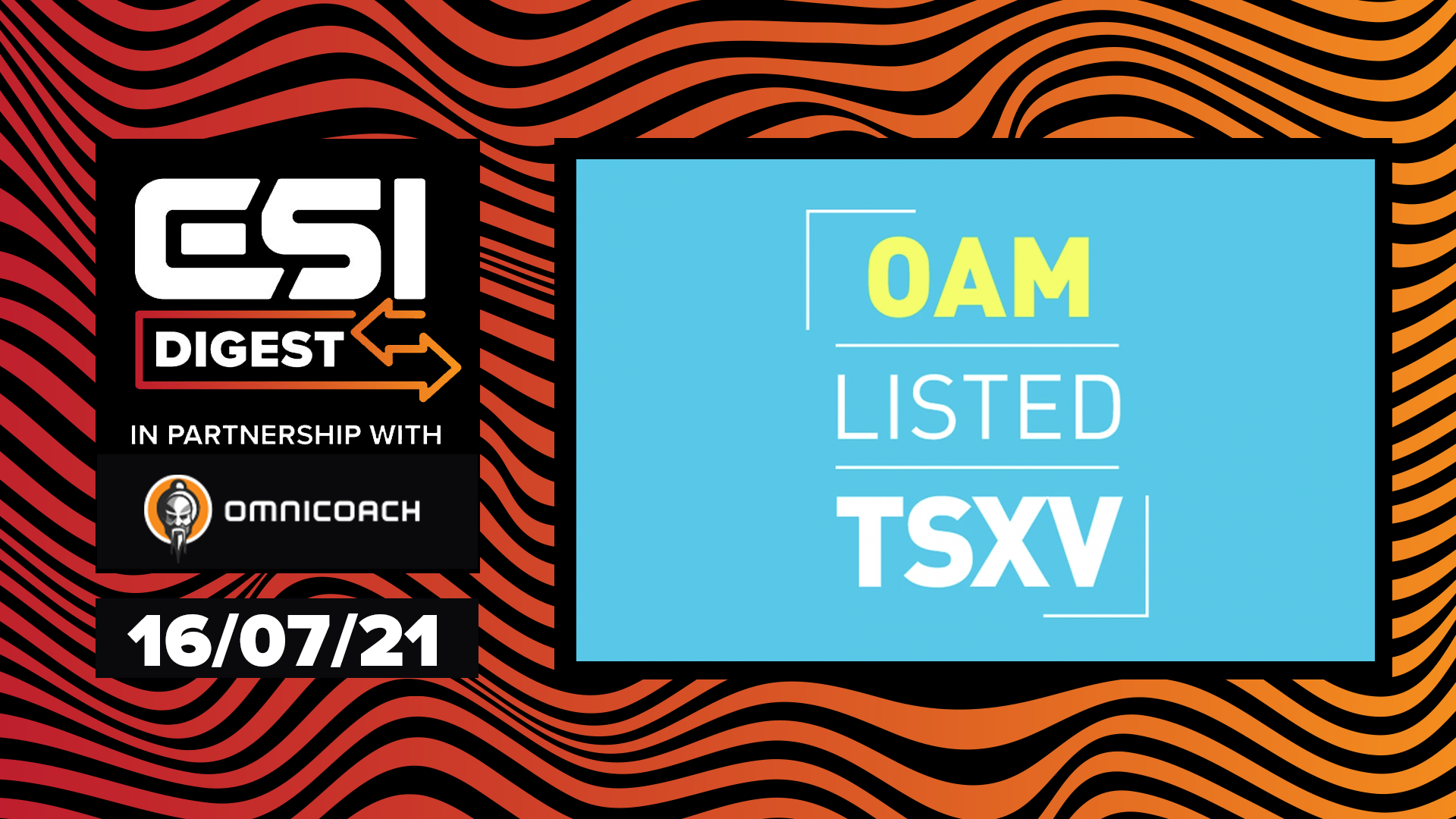 This saw a reverse takeover of Abigail occur by the shareholders of OverActive.

Abigail has changed its name to OverActive Media Corp and will trade on the TSXV under the ticker ‘OAM’.

[Carleton Curtis steps down as Guild Esports Executive Chairman] UK-based esports organisation Guild Esports has announced that Carleton Curtis has made the personal decision to step down as Executive Chairman.According to the announcement, Curtis will also leave the company following discussions between himself and Guild’s Board of Directors.As of this writing, Guild Esports has not chosen a direct replacement for the role.However, the organisation has appointed Non-executive Director and esports investor Derek Lew as its Non-executive Chairman.[Evil Geniuses launches LoL analytics platform Factor.gg] North American esports organisation Evil Geniuses has announced the launch of a new esports analytics platform called Factor.gg.The goal of the free-to-use platform is to build upon other data solutions on the market, adding proprietary statistics and features to break down each microelement of professional play.Specifically, Factor provides users with a deep analysis of professional League of Legends leagues.[RED Canids, Vivo Keyd, Santos e-Sports among MPL Brazil invited teams] Mobile Legends: Bang Bang (MLBB) has announced the six invited teams which will be competing in the inaugural MPL Brazil season.

The invited teams are RED Canids, Vivo Keyd, Santos e-Sports, Black Dragons, Imperial Esports, and DreamMax.All six teams will compete against each other — alongside two open qualifier teams — when the season officially commences on August 14th.

ESI Digest, in partnership with https://hub.omnicoach.gg/case-study-detonator?utm_medium=referral&utm_source=esportinsider.com&utm_campaign=esi_site_poadcast_digest&utm_content=article_casestudy_digest2_end&utm_term=- , is part of the ESI Podcast Network, a collection of podcasts encompassing the esports industry.For deep dives into the major areas of esports with subject matter experts, check out ESI Focus .For conversations with key personnel and major stakeholders in esports, ESI Insight is the series for you..