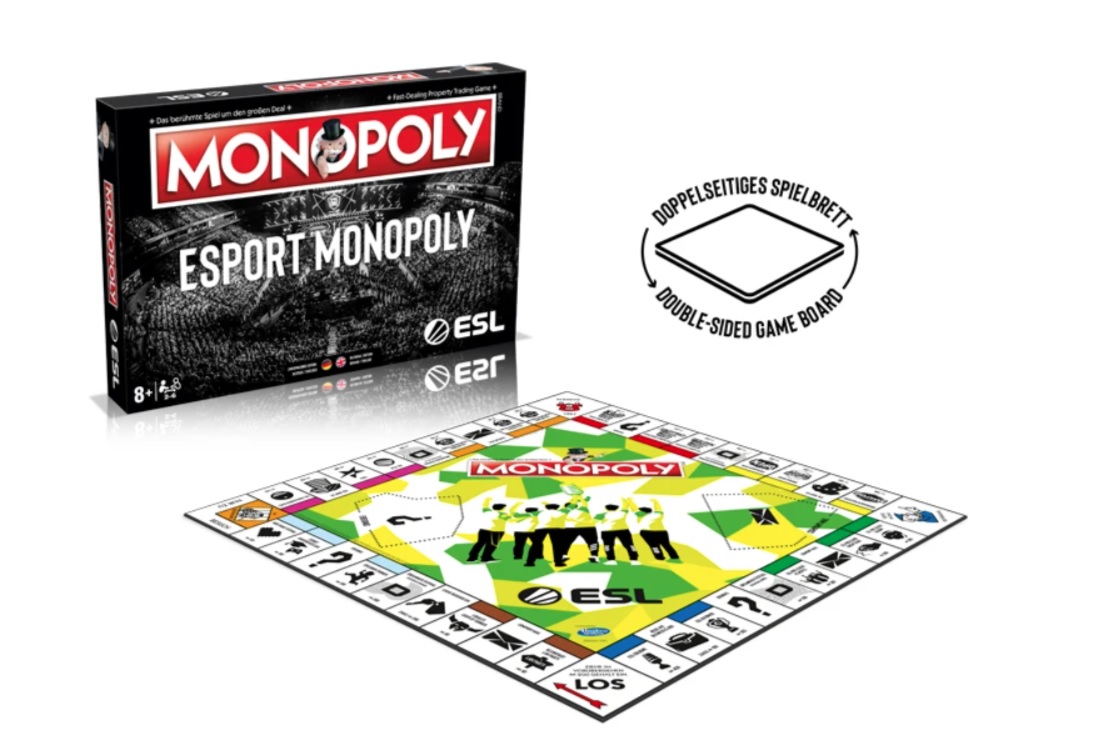 Global esports tournament organiser ESL Gaming has revealed Esport Monopoly, a twist on the classic board game in which players can buy major tournaments instead of property.Esport Monopoly swaps traditional Monopoly game pieces like the shoe and thimble for gaming-specific items including a game controller, keyboard, headphones, ESL logo, trophy, and chicken, i.e.‘Winner, Winner, Chicken Dinner.’ RELATED: ESL Gaming unveils partnership with Coinbase Players can purchase major esports events like Dreamhack or ESL Katowice, as well as invest in leagues, and sell tickets and merchandise.Esport Monopoly players can still land in jail, however.The double-sided gameboard is printed in both English and German, respectively.ESL’s website says the board can be played on both sides even if someone ‘flips it in rage’.

The rules of the game have not changed, as is typical with other licensed Monopoly spin-offs.Players must strive to earn more money than their opponents by purchasing assets.RELATED: ESL Gaming adds Monster Energy as global partner Esport Monopoly is available in the ESL Gaming store and retails for $60.99 (~£44.47).According to the website, the game is for between two and six players, ages eight and up, and plays for between one and two hours or until someone gives up.Esports continues to become a part of the global zeitgeist and a dedicated Monopoly game will serve as a tongue-in-cheek look at the industry.ESI Podcasts | Digest, Focus, Insight.