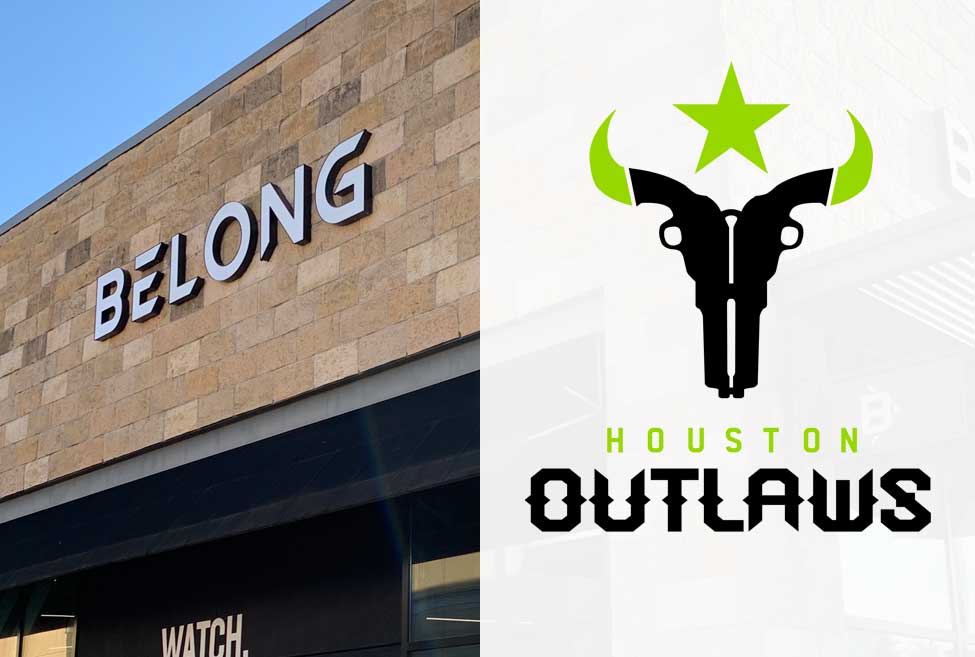 Belong Gaming Arenas, a subsidiary of global esports and technology company Vindex, has revealed details about its first gaming centre in the U.S., including a partnership with Overwatch League franchise Houston Outlaws .The first ‘ experimental ‘ gaming centre will open at the Pearland Town Center in Pearland, Texas, which is a suburb of Houston, on August 6th.According to the release, Belong will partner with the Houston Outlaws on a series of exclusive fan-focused activities such as watch parties, meet-and-greet opportunities, and more.RELATED: HyperX announces Belong Gaming Arenas partnership The 4,800-square-foot facility will feature 48 gaming stations equipped with high-spec PCs and access to both PlayStation 5 and Xbox Series X installations.Equipment sponsors of the venture include HyperX, PlayStation, ViewSonic, and Mavix.

Martyn Gibbs, CEO of Belong Gaming Arenas, commented: “There is a rich history of esports and gaming in Texas thanks to the influence of teams like the Houston Outlaws.We’re fortunate to be able to tap into this passionate community alongside the Outlaws and build upon the growing gaming culture in Houston through the establishment of the first-ever Belong location in the U.S.” In addition to exclusive fan activities, an assortment of Houston Outlaws merchandise will also be available at the facility for fans to purchase.Lori Burgess, COO of Beasley Esports, added: “The Houston Outlaws are thrilled to support Belong Gaming Arena’s entry into the U.S.with the opening of their first arena in Houston.“Through this partnership with Belong, we’ll help bring gamers back together in this exciting, community-oriented, state-of-the-art venue — and applaud Belong for making H-Town their first location! We look forward to celebrating with Belong and all the Outlaws fans in Pearland.” RELATED: San Antonio set to receive esports arena from ASM Global As part of Belong’s plan to establish 500 gaming centres in the U.S.

over the next five years, additional U.S.venues will open in Dallas, Texas; Columbus, Ohio; Chicago, Illinois; Nashville, Tennessee; and more in the coming months.

The Pearland arena will serve as the home field of the Pearland Archers, a local amateur esports team.The Archers will represent their hometown as the team competes in tournaments, leagues, and scrimmages against other sides in the Belong network, which is beginning this fall.Esports Insider says: Belong’s U.S.gaming centre project is risky considering pandemic unknowns, but if all goes well, the move could establish itself as a household name as gamers venture back into the world.

Gaming centres like these can also help to normalise esports in communities, creating opportunities for local gamers to make a name for themselves and businesses to take part.Find out more about ESI Digital Summer .