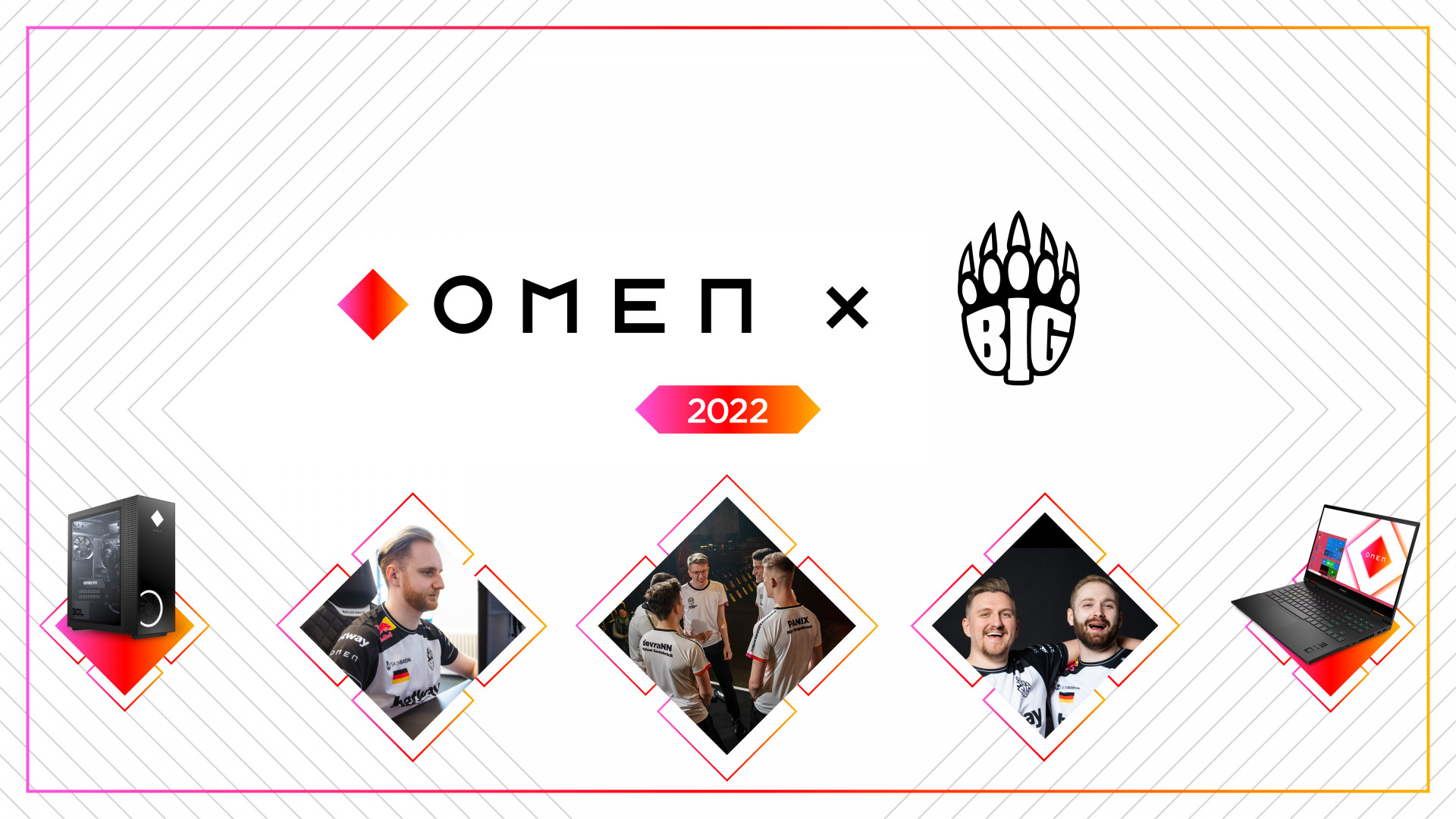 German esports organisation Berlin International Gaming (BIG) has expanded its existing partnership with HP‘s gaming brand OMEN.As a result of the expansion, OMEN has been named as the main supporter of the organisation’s VALORANT team.RELATED: CORSAIR and BIG announce two-year partnership extension Alongside supporting BIG’s VALORANT roster, the entities’ joint commitment to supporting amateur esports will continue.In 2021, the BIG Academy Hunt tournament saw aspiring teams take on a range of semi-professional teams, including the BIG.OMEN Academy Team.Daniel Finkler, CEO of Berlin International Gaming, spoke on the extension in a release: “Since the unforgettable moments at ESL One Cologne 2018, we count OMEN among our loyal collaborators, and it has been an important pillar of our organisation ever since.At the heart of the tie-up is our talent development programme.“Building on the success of the BIG.

OMEN Academy team, which is a key part of our talent programme, we are launching an international Academy League.Together with OMEN, our Academy team will be competing across Europe, and by doing so, we’ll reach another milestone in our work together.” With OMEN remaining on BIG’s partnership roster, the organisation has a total of nine partners including Babbel, die Bayerische, online bookmaker Betway , and German skin marketplace SkinBaron.RELATED: BIG taps Streamcoi’s management platform in new partnership Jochen Ziegler, Director of Personal Systems Marketing at HP, also commented: “BIG has proven with the CS:GO team that they understand how to set up successful teams for the long term and establish them at the top.Our support of BIG’s Valorant Team and the renewed collaboration between OMEN and BIG is the next logical step towards the future.” Esports Insider says: BIG first entered a deal with OMEN in 2018 and after four years, it’s great to see the two parties maintaining a strong working relationship.It will be interesting to see what both entities will do to stand out from other organisations in the remaining months of 2021.