HomeEsportsTokyo 2020: Which hobby should be an Olympic event? 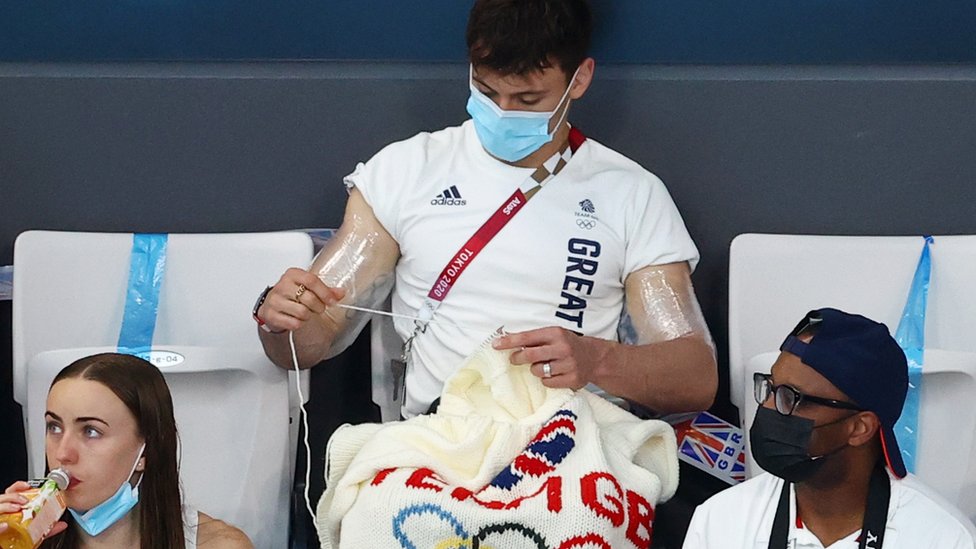 Tokyo 2020: Which hobby should be an Olympic event?

Tom Daley’s an Olympic gold medallist, a national hero, an LGBT icon… and also a knitting enthusiast.Who knew!? Tom was spotted in the crowd during the women’s 3 metre springboard final on Sunday morning.When the cameras moved to the spectator stands they caught him wearing his Team GB kit, holding a pair of knitting needles along with some purple wool, in the Tokyo Aquatics Centre.”There’s Tom Daley – he’s got his knitting needles out,” said BBC commentator Katherine Downes, during live coverage on Sunday morning.”What do you reckon he’s crafting there? I wonder who he’s making that purple concoction for?” Perhaps he’s making a nice pullover or vest for when he gets home, although some think it might’ve been a hat for his young son, Robbie.The British diver, who won his first Olympic gold alongside Matty Lee in the synchronised 10 metre platform event last Monday, has called knitting “his secret weapon”.

So here at Newsround it’s got us thinking what hobbies should be an Olympic event? It doesn’t need to be a sport, just something you love to do and think you’re pretty good at.

Make sure you let us know in the comments what it would be.

Here are some ideas to get you started! For those selfie-taking masters and fantastic photographers! Forget social media likes, if this were an Olympic event, medals would be on offer! Judges could award points for poses and placement – the closer to the centre of the shot, and the more interesting the photo the more points you’ll get.Putting all those YouTube skills to the test.Fastest to edit a video wins.Forget the YouTube Play Button award for subscribers, now you’re going for gold, silver or bronze.

If you’re an awesome artist, passionate painter, incredible illustrator – would you win gold? Perhaps competitors would be given something to draw or paint in a certain amount of time, first person to finish wins.Video gamers could be competing in the Olympic games for real soon.

There have been discussions about esports featuring at the next Olympic games in France in 2024.So how could you win a medal, winning a Fortnite battle royale? Or recreating a real-life building on minecraft? Tallest sunflower wins! This event might take the entire Olympic games to decide a winner, as anyone who enjoys gardening knows, it’s not an instant win! These things take time to grow.If you’ve ever thought; ‘If eating too much chocolate were an Olympic sport, I could probably win’…Well then – this is the contest for you.

Not the healthiest of hobbies, so maybe this would be a one-off event! Are you a snakes and ladders champion? On a money mission during Monopoly? Maybe chess is your thing? Board games can get seriously competitive at home, so imagine the arguments if an Olympic medal is the prize!.