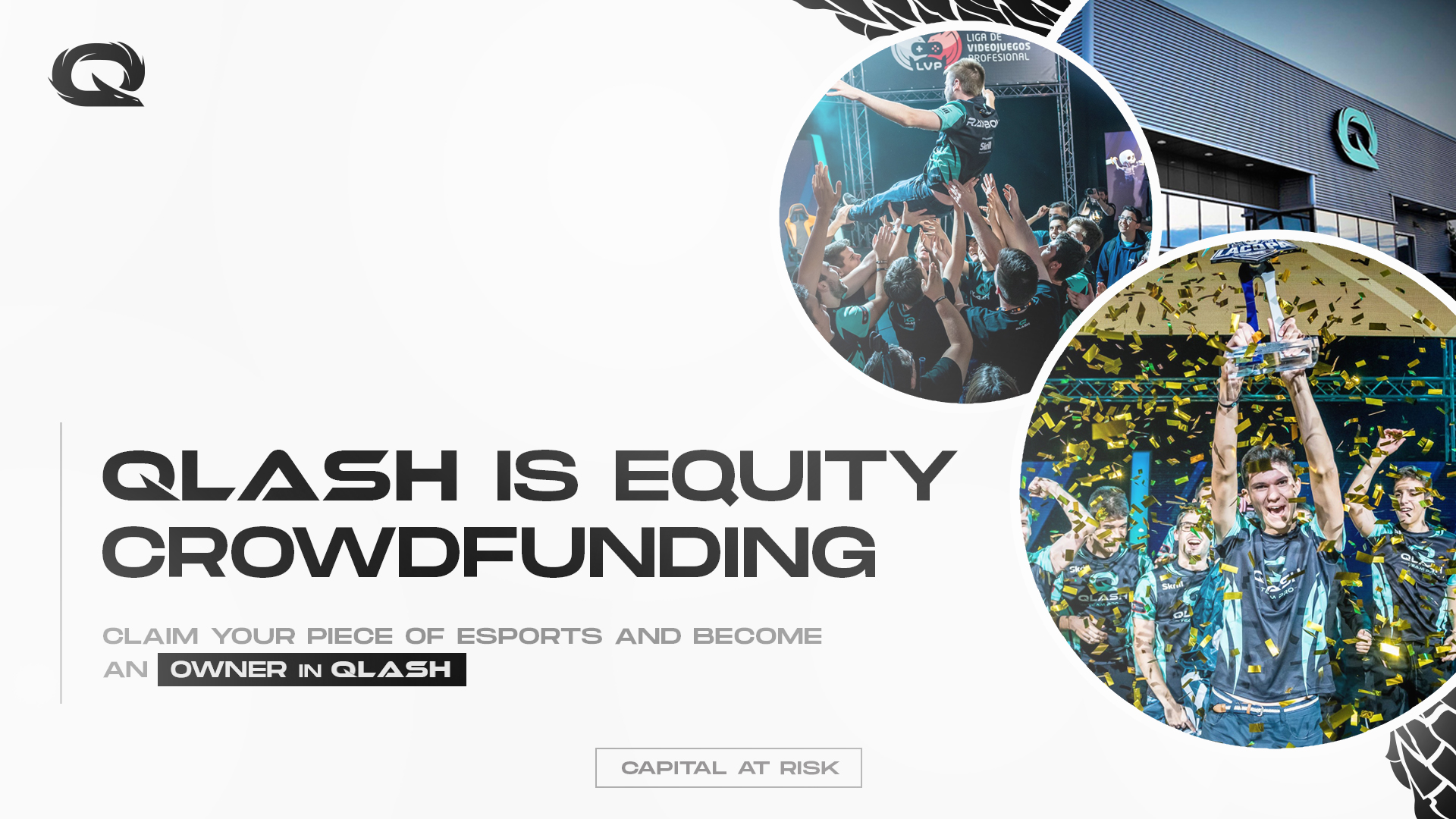 European esports organisation QLASH has announced the launch of its equity crowdfunding campaign on the Seedrs platform.Through the crowdfunding round, QLASH seeks to accelerate the development of its QLASH Community event participation platform.RELATED: European giant AC Milan strikes partnership with QLASH Luca Pagano, CEO and Co-Founder of QLASH, spoke on the announcement in a release: “We are thrilled to offer our great community the possibility of owning a piece of our club.As of today, we have millions of followers across our media channels and we work hard every day to create even better ways to entertain our communities of gamers.We are thankful to our community and want them to benefit from our growth”.

The pre-registration phase of the campaign will allow investors to submit information and stay updated, Investors will also be provided with exclusive access to the private phase of the campaign.Further details regarding the seed investment round are to be revealed throughout August.“Our business model today is focused on things such as sponsorships, events organizations, creation of digital campaigns, and selling of media rights,” added Pagano.“To aggregate all of our initiatives in one place, we are developing our own platform, the QLASH Community App, that allows us to provide more value to our community while at the same time monetizing through things like advertising, subscriptions and in-app purchases”.QLASH is a Swiss-based esports organisation founded in 2017.

The company positions itself as an ‘innovative media company, which builds communities in multiple different games and bridges traditional brands with young generation’.According to the press release, the recently launched QLASH Community application has over 160,000 total registered users and almost 20,000 monthly active users.Eugene Katchalov, Co-Founder of QLASH, commented: “Our focus is the regular gamer who wants something more than just playing a game.Someone that wants to be part of a localised community and receive all the benefits that come with that.“The Seedrs equity crowdfunding campaign is our way of allowing our community to not just be part of QLASH, but to actually own a piece of it and benefit from all our future success”.RELATED: BLAST names WePlay Esports as CIS broadcast partner QLASH has previously worked with multiple known brands, including the likes of AC Milan, Sky TV, Red Bull, Viber, MARCA and Paysafe.

Esports Insider says: QLASH has already made a name for itself on the European market through partnering with prominent football clubs such as Inter Milan and later AC Milan , among other notable deals.The investment round is an opportunity for the company to establish its new event participation app on the market..