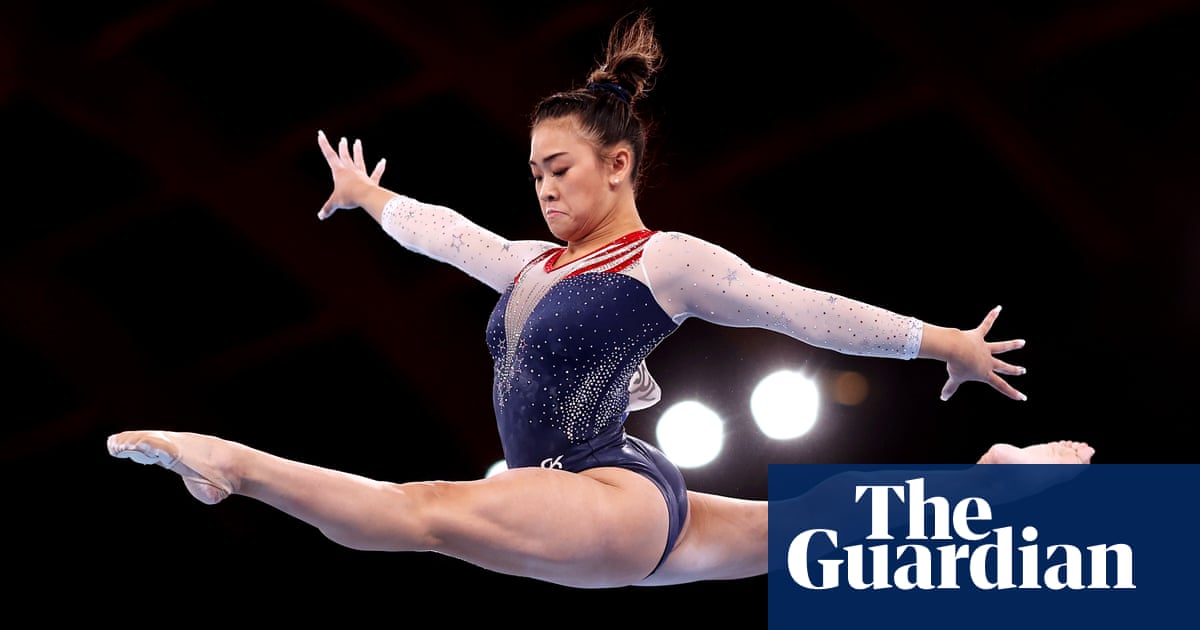 Best individual US performance Gable Steveson.The 21-year-old Minnesotan, named after 1972 Olympic champion Dan Gable and competing in only his second senior-level international tournament, scored a pair of late takedowns in the 125kg final – the second with less than a second remaining – to dramatically turn an 8-5 deficit into a 10-8 victory over Georgia’s Geno Petriashvili and win America’s first heavyweight gold in freestyle wrestling since 1992.Even on a US wrestling team that brings home more medals than any non-host nation in history, Steveson’s star-making run managed to steal the show.BAG

She’s 19, she only took up canoeing in earnest after being diagnosed with hip dysplasia five years ago, and she won the canoe single 200m sprint by a big margin.That’s especially impressive given the lack of US pedigree: the Seattle native is the first American to win a canoe or kayak sprint medal since 1992.She was the only one to even qualify for Tokyo.TD

Tokyo 2020 Olympics: final medal table Read more Caeleb Dressel was unstoppable in the pool, and I can’t wait to watch him again in 2024.

In his second Olympics, Dressel got his first individual gold – and then added on two more, plus another two in the 4x100m relays.(Dressel also won two relay golds in Rio.) He opened up after he was finished competing about how draining the week of swimming was, but in the moment, Dressel was nearly perfect, dominating almost every second he was in the pool and making it look downright easy.

The Family Feud answer is seven-time gold medalist Caeleb Dressel, but I’m going with Kevin Durant .Not only did he brave the trip to Tokyo without America’s best shooter (Steph Curry), its best defender (Kawhi Leonard) or its reigning superstar (LeBron James), KD also recommitted to USA Basketball instead of taking the summer off to rest his achilles.But after an early hiccup against France, he put the US’s junior varsity on his back and carried them past a finals rematch against Les Bleus.Now he has a third gold medal to throw in the faces of his many skeptics (ahem), and all we can say now is, yeah, man, talk your trash.All’s fair in love and basketball.

Honorable mention: Molly Siedel, who won bronze in her third-ever marathon and actually got to hear cheers from her fellow Americans while receiving her medal during the closing ceremonies.

While noting the imperiousness of the women’s basketball team, who have won all of their games at the Olympics for the past 25 years (55 victories in a row!) let’s hail the women’s water polo side , who have won three straight golds and own a record of 134 wins, four losses since Rio.TD

The US women’s basketball team extended their Olympic winning streak to 55 games when they topped Japan in the gold medal game, and they was as dominant as ever in Tokyo.But changes are in the works for the team going forward; stalwart Sue Bird announced at the beginning of these Games that they’d be her last, making this latest victory even more special.

Of the US’s 113 medals, nearly a third belong to USA Swimming and 11 of those were gold.Between Dressel and Katie Ledecky, the governing body keeps pumping out top-shelf swimmers who deliver time and again even as other sports fall on fallow times.AL

They arrived in Japan with the favorites in at least five events and a reasonable shot of sweeping all six golds from 100m through 800m.They depart having failed to win a single individual gold for the first time ever, save for the 1980 boycott.Four silvers and two bronzes is nothing to sneeze at, but it’s hard to frame Tokyo as anything but a flop coming off a world championships where they won the 100m, 200m, 800m, 110m hurdles (and 4x100m and 4x400m).BAG

The once-great US men’s track team failed to win a solo gold in Tokyo.

There were golds in the men’s 4x100m freestyle and 4x100m medley, but the mixed medley was a mesmerising mess and the women didn’t win a swimming relay.So that’s two golds out of a possible seven in Tokyo, compared with five from six in Rio.On the track, the men’s 4x100m team struggled once again, finished sixth and were ripped by Carl Lewis.TD

I don’t like this superlative, because everyone who went to the Olympics … went to the freaking Olympics.And it’s not that the US women’s soccer team got knocked out early or missed their potential by some huge mark.Rather, their performance en route to bronze – which included one extremely surprising loss and a major offensive downturn – seemed to point to a changing of the guard for a team that’s been a constant for years.

Men’s track and field .They didn’t just drop the baton – again.They failed to claim an individual gold for the first time in the modern Olympic era.What’s more, their sprinters came up lame in a rebuilding year for Jamaica.And then there was that baton drop, which Carl Lewis called “a total embarrassment.” The slogan fits the squad’s overall effort, too.AL

Star of the Olympics Sifan Hassan.

The 28-year-old Dutch athlete became the first person to win three medals over 1500m (bronze), 5,000m (gold) and 10,000m (gold) and only the second woman to reach the podium in three individual track races at one Olympics.God level.

No one won more gold medals in Tokyo than Caeleb Dressel , with five.The 24-year-old Floridian, saddled with the impossible “new Michael Phelps” tag, delivered superbly in the pool and in front of the world’s media, where he gave thoughtful and candid interviews about the pressures of his job, valuable contributions to the discussions of mental health that came to the fore during these Games.TD

Sifan Hassan completes unique treble with sprint finish to win 10,000m gold Read more Sunisa Lee .Not only did she perform beautifully in the team and individual all-around competitions, helping the US women capture silver without Simone Biles and then winning gold on her own just days later, she also did so with unflappable grace.

The US’s overall performance was…Right on the money.These Olympics were more unpredictable than usual due to the absence of many qualifying events over the last year, but the United States led the pack in both total golds (for the third straight Summer Games) and most overall medals (for the seventh).BAG

No 1 in the medal table however you slice it , despite track woes and disappointment in some of the action sports, and mainly thanks to female athletes – nearly 60% of the medals were won by women.The country competed in 44 disciplines and won medals in 28.

There were memorable achievements for, among many others, Sunisa Lee, Tamyra Mensah-Stock, Ryan Crouser, Allyson Felix, Sue Bird and Diana Taurasi.TD

As good as anyone can expect .

After a slow start, with a few surprises in the pool and on the basketball court, the US rebounded nicely, capturing the most medals and excelling across almost every major sport.Did they miss a few gold medal chances? Of course, but that shouldn’t take away from the overall experience.JN

Better than expected in the sense that they walked away as the undisputed medal count kings, but there were a few underperforming federations who definitely left room for improvement.That said, shouts out to the wrestlers, shooters, cyclists and the 3×3 women’s hoopers for more than making up the difference.AL

One sport that should be in future Olympics

Magnus Carlsen v Fabiano Caruana: a preview of a future Olympic final? Photograph: Mark Thomas/REX/Shutterstock Chess.The French Chess Federation has already nominated it as “an additional or demonstration sport” for Paris 2024.Considering that it won’t be long before esports makes it into the Olympic program – it’s already set to be a medal sport at next year’s Asian Games, which are recognized by the IOC – there’s no reason the game of kings shouldn’t be right there alongside it.

After the success of skateboarding, climbing and surfing, with breakdancing coming to Paris, you can imagine the IOC going through a list of youth-oriented action sports and wondering what should be next.Street luge? But cricket really should be added for 2028.

Or rather, reinstated – Great Britain played France in Paris in 1900.TD

I couldn’t get enough of the softball during the first few days of the Games, and it’s a huge bummer that the sport won’t be back in Paris in 2024.Neither will baseball, but that bothers me less; men get a chance to showcase their baseball prowess every summer in the US, and it’s so rare for softball to get a stage as big as the Olympics – a stage it deserves.JN

Dodgeball .It has all the things: throwing, catching, running, jumping and violence.

(Imagine the super slo-mo of someone getting hit in the face!) What’s more, it’s already organized and already lionized in a cult movie classic .If you can dodge a sword, you can dodge a ball.AL.