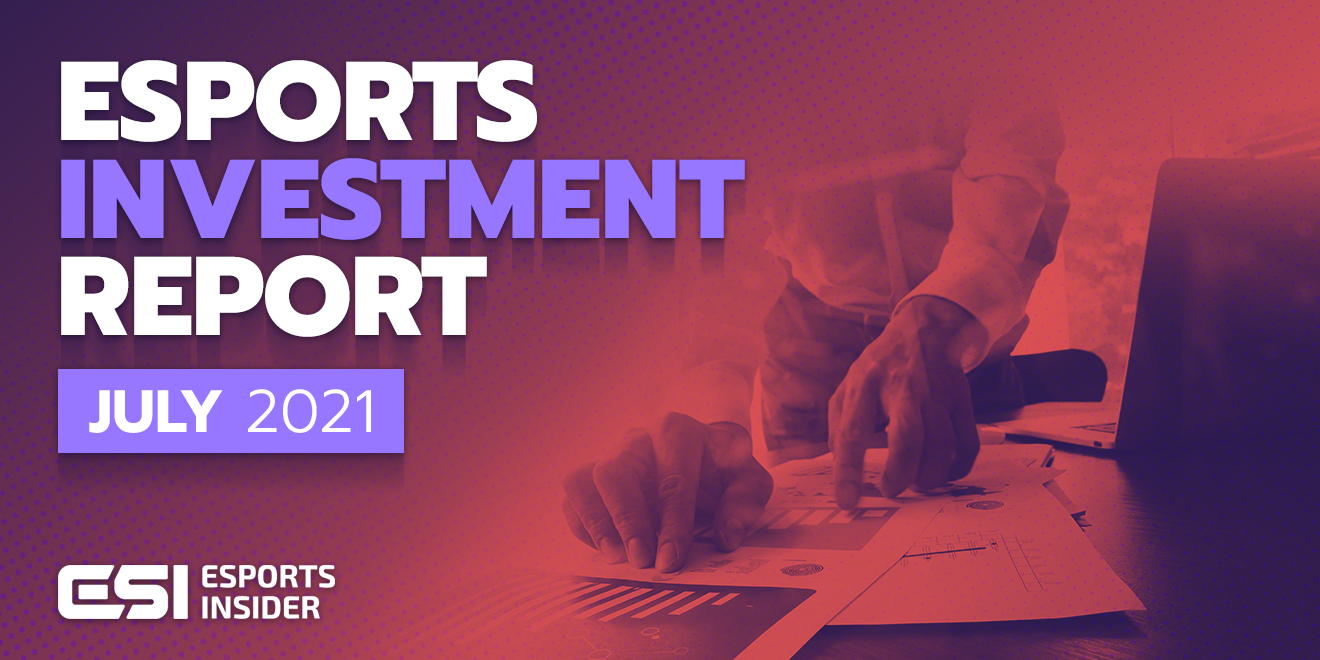 Financial details of the investment have not been revealed.Despite not providing an investment figure, the announcement stated that Evil Geniuses is valued at $255m (~£183.8m) post-investment.

[Tribe Gaming secures investment from San Antonio Spurs parent company] Spurs Sports and Entertainment (SS&E), the parent company of NBA team San Antonio Spurs, has invested in mobile-focused North American esports organisation Tribe Gaming.According to the release, the deal is set to open up opportunities for cross-content collaborations, co-branded marketing efforts, talent and audience crossover, and shared strategic expertise.Financial figures of the investment have not been disclosed, however, the deal does see SS&E join Tribe Gaming’s investor group.Click here to read more.[World Pro Racing invests €300,000 in sim racing facility] Simulation racing event organiser World Pro Racing (WPR) has announced it is opening a dedicated facility for driver development, training, and hosting in-person sim racing events.According to a release, €300,000 (∼£259,095) has been invested into the facility that will provide aspiring racers with the chance to train in a professional environment.

Click here to https://esportsinsider.com/2021/07/world-pro-racing-facility-investment/ [EXCEL ESPORTS raises €20m through investment round] British Esports organisation EXCEL ESPORTS has completed a €20m (~£17m) investment round to fund its expansion and new headquarters.The round was led by investment firm JRJ Group.

According to a release, the funding will be used to help the organisation improve its infrastructure, this includes its new London headquarters, launching ‘operations into new territories’, and developing its digital platform XL.gg.Click here to https://esportsinsider.com/2021/07/excel-esports-raises-e20m-through-investment-round/ [GameSquare Esports acquires Cut+Sew and Zoned for $7.85m] International esports company GameSquare Esports has announced the acquisition of privately-held marketing agency Cut+Sew and Zoned.According to the release, the purchase will total $7.85m (~£5.66m), with GameSquare paying in cash and shares.As a result of the acquisition, GameSquare Esports will look to benefit from Cut+Sew and Zoned’s marketing services, as well as being able to target new sectors.

Per a release, Berthard generated $31m (~£22.4m) in revenue in 2020.Click here to https://esportsinsider.com/2021/07/esports-entertainment-group-bethard/ Find out more about ESI Digital Summer .